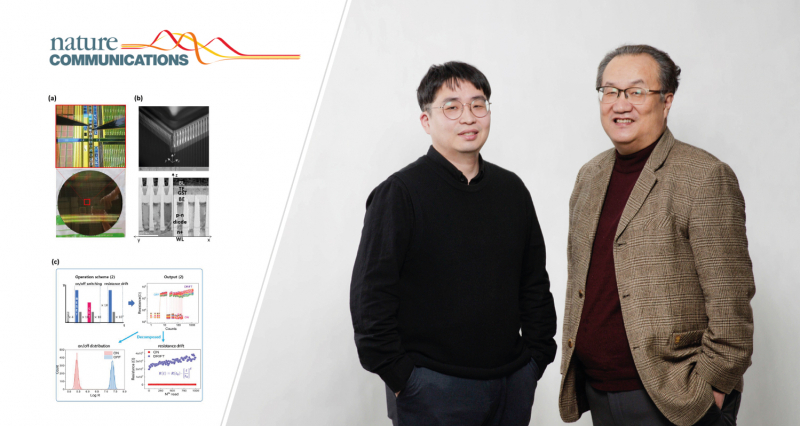 Their findings have been published in the online version of Nature Communications on January 12, 2021.

An international team of researchers, affiliated with UNIST has unveiled a novel technology that could improve the learning ability of artificial neural networks (ANNs).

Professor Hongsik Jeong and his research team in the Department of Materials Science and Engineering at UNIST, in collaboration with researchers from Tsinghua University in China, proposed a new learning method to improve the learning ability of ANN chips by challenging its instability.

Artificial neural network chips are capable of mimicking the structural, functional and biological features of human neural networks, and thus have been considered the technology of the future. In this study, the research team demonstrated the effectiveness of the proposed learning method by building phase change memory (PCM) memristor arrays that operate like ANNs. This learning method is also advantageous in that its learning ability can be improved without additional power consumption, since PCM undergoes a spontaneous resistance increase due to the structural relaxation after amorphization.

The research team developed a memristor artificial neural network learning method based on a phase-change memory, conceiving that the real human brain does not require near-perfect motion. This learning method reflects the “resistance drift” (increased electrical resistance) of the phase change material in the memory semiconductor in learning. During the learning process, since the information update pattern is recorded in the form of increasing electrical resistance in the memristor, which serves as a synapse, the synapse additionally learns the association between the pattern it changes and the data it is learning.

The research team showed that the learning method developed through an experiment to classify handwriting composed of numbers 0-9 has an effect of improving learning ability by about 3%. In particular, the accuracy of the number 8, which is difficult to classify handwriting, has improved significantly. The learning ability improved thanks to the synaptic update pattern that changes differently according to the difficulty of handwriting classification.

Researchers expect that their findings are expected to promote the learning algorithms with the intrinsic properties of memristor devices, opening a new direction for development of neuromorphic computing chips.

The findings of this research have been published in the online version of Nature Communications on January 12, 2021. This study has been supported by the National Research Foundation of Korea (NRF), UNIST’s Future Leading Specialized Research Project, and the UNIST Graduate School of Artificial Intelligence.