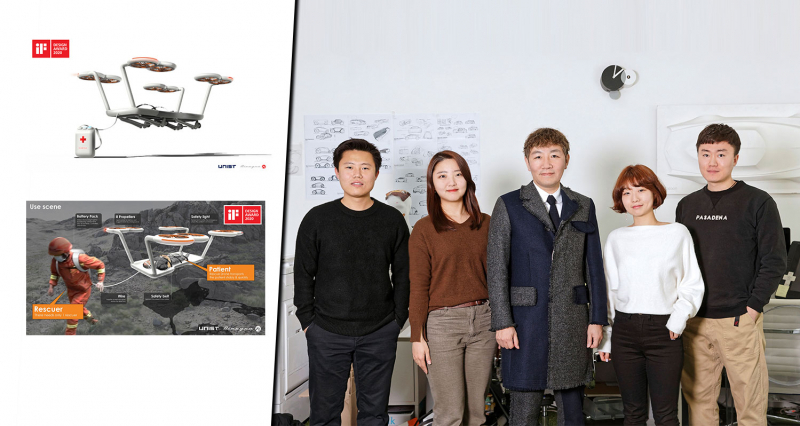 Professor Yunwoo Jeong's design team has been honored with iF Award with its wired rescue drone design.

The School of Design and Human Engineering (DHE) at UNIST has announced that its rescue drone design concept, ‘911$ Rescue Drone’ has been honored at the international design competition, iF Design Awards 2020.

The 911$ Rescue Drone, proposed by Professor Yunwoo Jeong’s design team, comprised of Ga-eul Han, Jinhee Cha, Choeun Park, Jungmu Lee, and Wooin Jang, has included its name in the list of this year’s iF Design Award in the professional concept category. 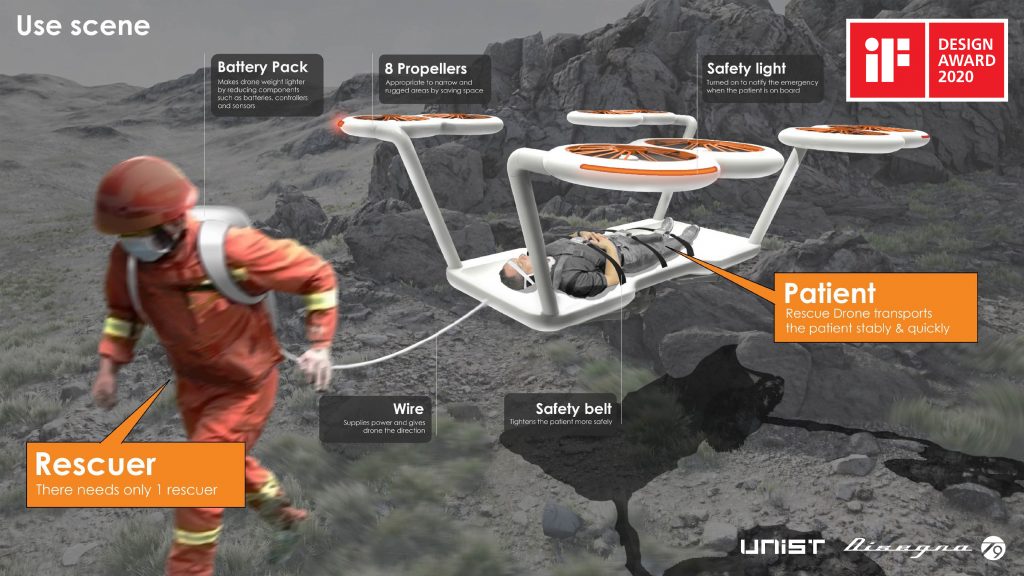 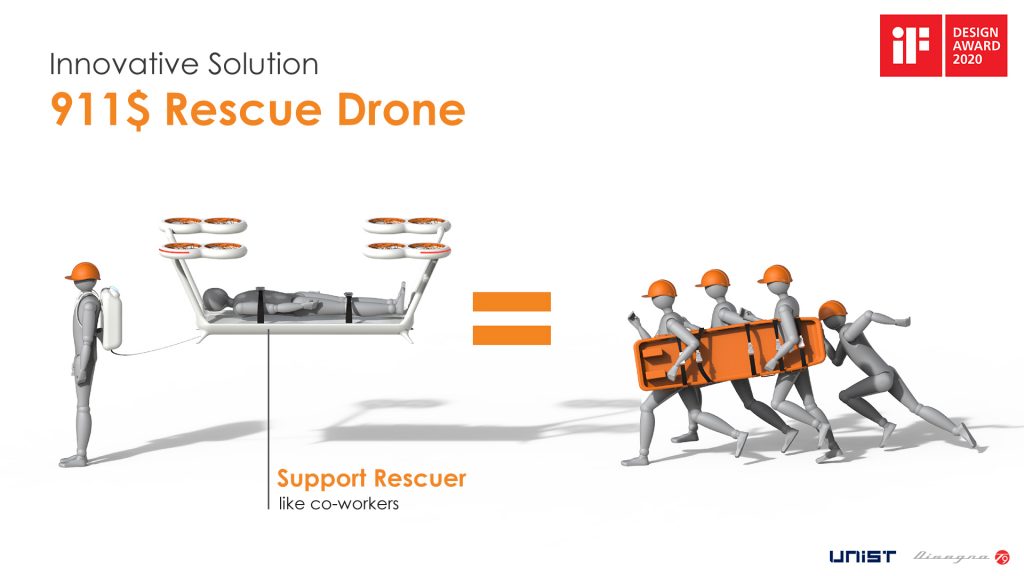 Since the wire mounted on the stretcher bed gives the rescuer a clear direction in response to golden hour emergencies, there is no need for him to control the drone separately. It is also capable of keeping the the patient horizontal, using a gyroscope, mounted on the emergency stretcher bed. In addition, this rescue drone is also equipped with a follow-me feature that fly along the lines

The 911$ Rescue Drone is not limited to mere design concept and will soon be realized as an actual product. Professor Jeong and his design team, together with the Drone Dom Co., Ltd. are currently in the process of mass producing the rescue drone while considering its structure and operation system.

“Despite its innovative apperance, this rescue drone does not require any advanced technology, such as remote controls or obstacle recognition technology, and thus is expected to be produced and distributed at a reasonable price,” says Professor Jeong. “Since it can be widely used to save people in the third world and underdeveloped countries, it is more meaningful.”

Organized by iF International Forum Design GmbH, the iF Design Award contest started in Germany in 1953. This year’s iF Design Award winners are announced online through its website and winning designs will be presented at the iF Design Exhibition from May 2nd to May 10th during Berlin Design Week 2020. The iF Design Award 2020 received more than 7,300 works from 56 countries and was selected by a jury of 78 jury members.