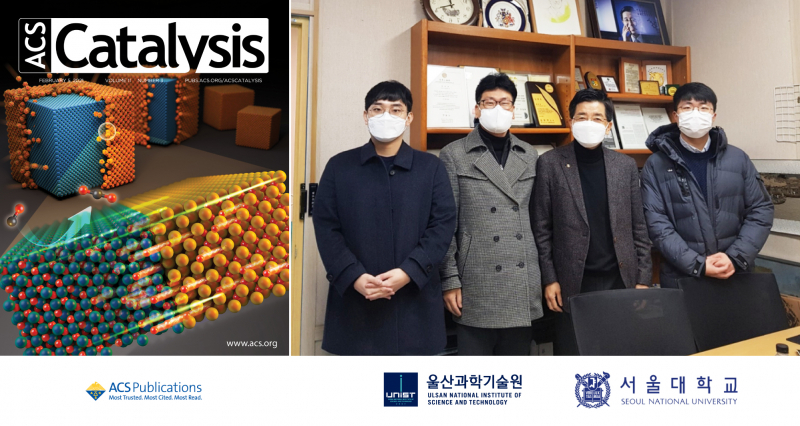 Their findings have been published in the February 2021 issue of ACS Catalysis and featured on the cover of the print edition.

A recent study has unveiled the reason behind the exceptional catalytic performance of non-noble metal-base mixed catalysts. This is thanks to a new synthetic strategy for the production of cube-shaped catalysts that could further simplify the structure of complex catalysts.

This breakthrough has been led by Professor Kwangjin An and his research team in the School of Energy and Chemical Engineering at UNIST, in collaboration with Professor Taeghwan Hyeon and his research team from Seoul National University. In their study, the researchers found a new principle that active charge transfer, which appears at the interface created between the two types of non-noble metals, could enhance the catalytic performance of complex oxide catalysts. The research team expects that their findings could contribute to the development of catalysts that could convert methane efficiently to fuels and high value-added chemicals. 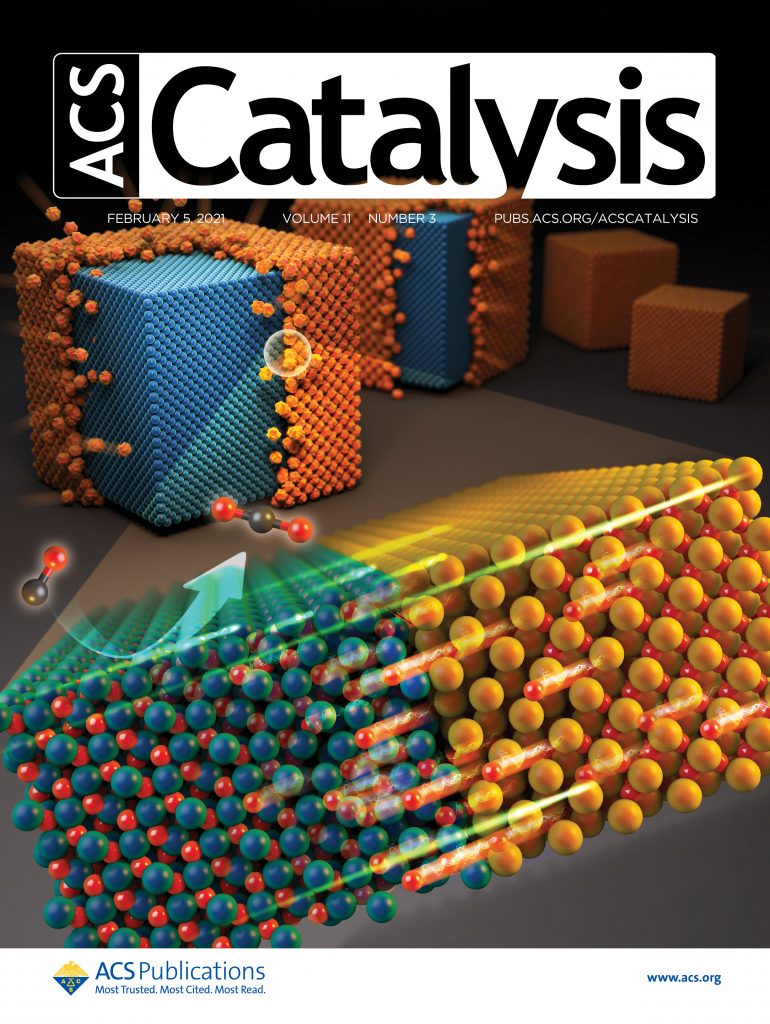 Figure 1. The findings of this research have been published in the February 2021 issue of ACS Catalysis and featured on the cover of the print edition.

The interface created between an active metal and oxide support has been known to affect the catalytic performance due to the charge transfer process. However, owing to their complex interface structures and synthetic challenges, oxide–oxide interfaces produced by supported spinel oxide catalysts have been less studied.

In this work, the research team proposed a synthetic strategy for heterostructured spinel oxide (Co3O4, Mn3O4, and Fe3O4) nanocubes (NCs) with a controlled CeO2 layer that enabled investigation of the role of the interface in catalytic oxidation of CO and H2. They developed a selective deposition process to produce CeO2-deposited spinel NCs with 1, 3, and 6 facets of CeO2 (MCe-1F, MCe-3F, and MCe-6F NCs for spinel oxide). 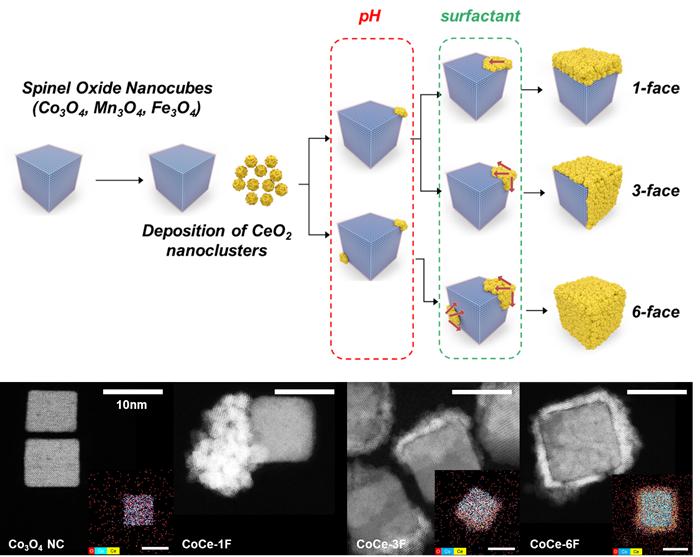 Figure 2. Synthesis and characterization of the Co3O4–CeO2 NCs. (Top) Schematic illustration of the preparation of CeO2-deposited spinel oxide NCs with a controlled layer of CeO2. (Bottom) HAADF–STEM images and EDS mappings of Co3O4 NCs with 1, 3, and 6 facets covered by CeO2.

According to the research team, CeO2-deposited Co3O4 NCs exhibited a 12-times higher CO oxidation rate than the pristine Co3O4 NCs. Furthermore, various in situ characterization techniques, revealed that the deposited CeO2 prevents the reduction of Co3O4 by supplying oxygen. They also found that the maximized interface resulting from Co3O4 NCs with three facets covered by CeO2 layers exhibit the highest CO oxidation rate even under O2-deficient conditions, which resulted from the versatile variation in the oxidation state.

“This study provides a comprehensive understanding of the Mars–van Krevelen (MvK) mechanism, occurring on the nanoscale at the Co3O4–CeO2 interfaces,” noted the research team. “The same activity trend and hot electron flow are observed for H2 oxidation reactions using catalytic nanodiodes, thereby demonstrating that the origin of the activity enhancement is charge transfer at the interface.”

Figure 3. The CO oxidation governed by the MvK mechanism on Co3O4 and the Co3O4–CeO2 NCs.

The findings of this research have been published in the February 2021 issue of ACS Catalysis and featured on the cover of the print edition. This study has been supported by various organizations, including the National Research Foundation of Korea (NRF) and the Ministry of Trade, Industry & Energy (MOTIE).