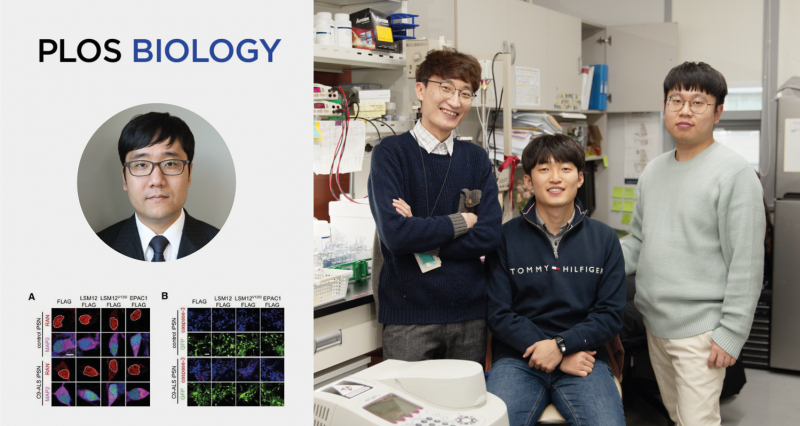 Professor Chunghun Lim and his research team in the Department of Biological Sciences unveiled a neuroprotective pathway that suppresses Lou Gehrig's Disease (ALS).

Their findings have been published in the December 2020 issue of PLOS Biology.

Professor Chunghun Lim and his research team in the Department of Biological Sciences unveiled a neuroprotective pathway that suppresses Lou Gehrig’s Disease (ALS).

Nucleocytoplasmic transport (NCT) defects have been implicated in neurodegenerative diseases, such as C9ORF72-associated amyotrophic lateral sclerosis and frontotemporal dementia (C9-ALS/FTD). In this study, the research team has identified a neuroprotective pathway of like-Sm protein 12 (LSM12) and exchange protein directly activated by cyclic AMP 1 (EPAC1) that sustains the nucleocytoplasmic RAN gradient and thereby suppresses NCT dysfunction by the C9ORF72-derived poly (glycine-arginine) protein. 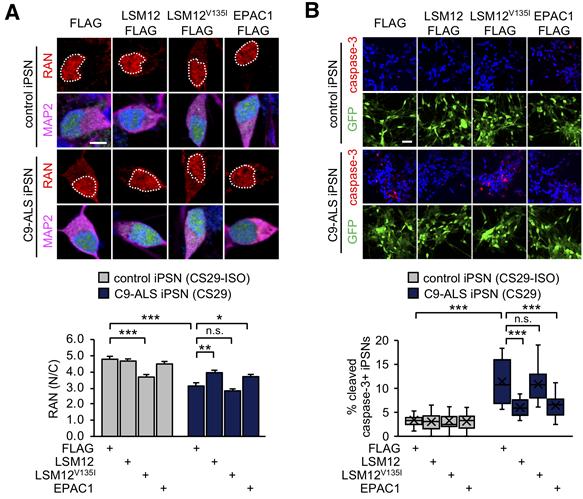 The research team found that the LSM12-EPAC1 pathway is an important suppressor of the NCT-related pathologies in C9-ALS/FTD. The EPAC1 protein, which was expressed in this genetic pathway, normalizes the abnormal RAN gradient that determines the transport direction between the cell nucleus and the cytoplasm, thereby restoring its cellular function.

In general, the RAN proteins are more abundant in the cell nucleus, but in patients with Lou Gehrig’s disease, they begin to leak out into the cytoplasm, thereby resulting in abnormal concentration differences. Their findings revealed that the EPAC1 protein, which was expressed through the LSM12-EPAC1 pathway, indeed helped EPAC1 return to the cell nucleus, thereby restoring the RAN gradient. 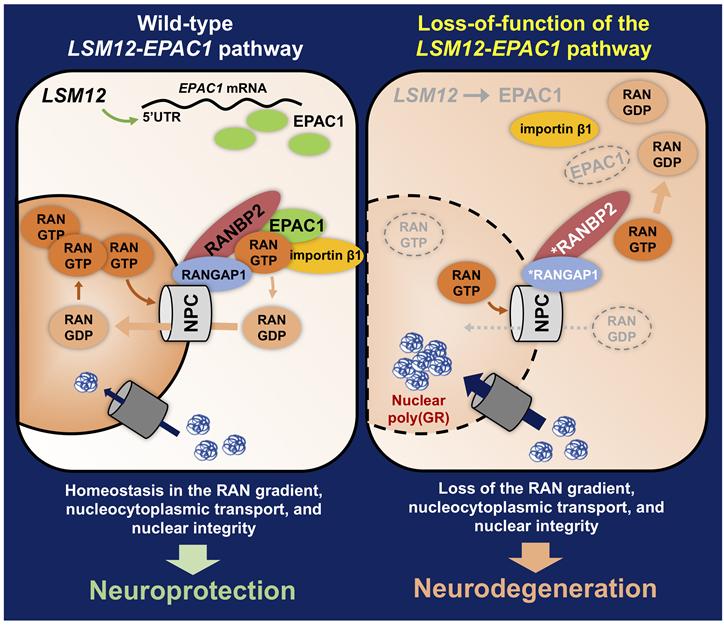 The research team also identified that the EPAC1 protein, which was expressed through the LSM12-EPAC1 pathway, regulates the distribution of RAN proteins. The EPAC1 protein increases the binding force between the nuclear pore complex (NPC) and the RAN proteins. Because of this, RAN proteins lost within the cytoplasm are, then, captured by the NPC and returned to the nucleus.

“Although the distribution of RAN proteins is critical for the nucleocytoplasmic transport (NTC), its molecular biological mechanism has relatively been unknown,” says Professor Lim. “In this study, we have identified that LSM12-EPAC1 defines a neuroprotective pathway that sustains the nucleocytoplasmic RAN gradient.”

He adds, “Our findings are expected to contribute greatly to the prediction and treatment of neurodegenerative diseases, such as frontotemporal dementia and Lou Gehrig’s disease, as well as for the understanding of the molecular mechanisms underlying aging.”

The findings of this research have been published in the December 2020 issue of PLOS Biology. This study has been supported by the mid-career researcher program and the advanced research center project through the National Research Foundation of Korea (NRF). It has also been supported by the Suh Kyungbae Foundation and the Korea Health Technology R&D Project through the KHIDI, funded by the Korean Ministry of Health and Welfare.