Scientists Identify the Genetic Basis of Predation and Nocturnality in Raptors

KOGIC partners with National Institute of Biological Resources to carry out in-depth genomics study of raptors.

Their findings have been published in Genome Biology on August 29, 2019.

Birds of prey, otherwise known as raptors, have strong, curved beaks with sharp edges and are ranked at the top of the food chain. Because they are strictly carnivorous, the populations of most raptors are relatively small, thus are at high risk of extinction. Considerable efforts have been made to understand their genetic characteristics, as the first step towards the conservation, protection, and enhancement of raptor polulations.

Researchers from the Korea Genomics Center (KOGIC) at UNIST in collaboration with the National Institute of Biological Resources (NIBR) have reported new high-quality whole-genome reference sequences of four raptor species found in South Korea. Besides, they also succeeded in identifying the genetic basis of predation and nocturnality in raptors via in-depth comparative evolutionary analyses of raptors compared to non-raptor bird species.

Their study provided new genomes and transcriptomes for 20 species of birds, including 16 species of birds of prey, and high-quality reference genomes for the Eurasian eagle-owl (Bubo bubo), oriental scops owl (Otus sunia), eastern buzzard (Buteo japonicus), and common kestrel (Falco tinnunculus). Their findings revealed that the raptor genomes have about 1.2 billion DNA base pairs, while the four raptor genomes contain around 17,000 genes. 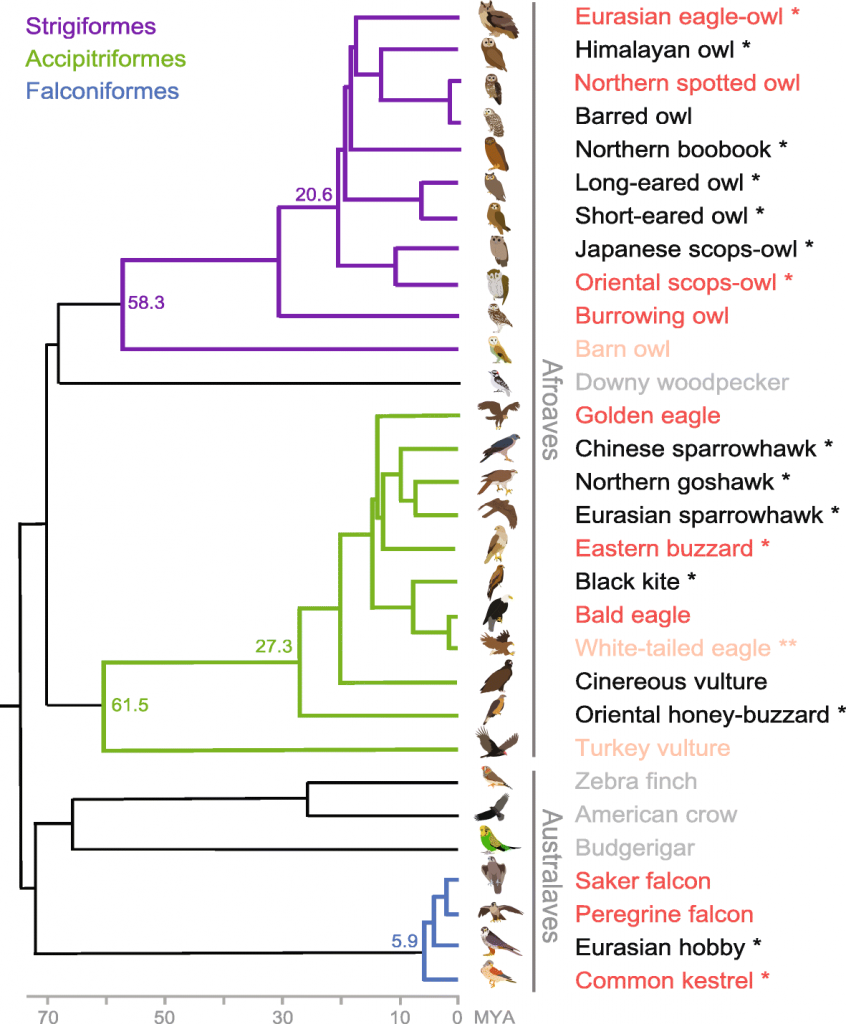 To identify the genetic basis of predation and nocturnality in raptors, researchers also performed in-depth comparative evolutionary analyses for 25 birds of prey (including 10 nocturnal owls and 15 diurnal raptors) and 23 non-raptor bird species (including nocturnal brown kiwi and chuck-will’s-widow), and other avian representatives genome assembled at a high quality.

Their extensive genomic analysis and comparisons with non-raptor genomes identify common molecular signatures that underpin anatomical structure and sensory, muscle, circulatory, and respiratory systems related to a predatory lifestyle. Furthermore, compared with diurnal birds, owls exhibit striking adaptations to the nocturnal environment, including functional trade-offs in the sensory systems, such as loss of color vision genes and selection for enhancement of nocturnal vision and other sensory systems that are convergent with other nocturnal avian orders.

Additionally, they found that a suite of genes associated with vision and circadian rhythm are differentially expressed in blood tissue between nocturnal and diurnal raptors, possibly indicating adaptive expression change during the transition to nocturnality. Overall, raptor genomes show genomic signatures associated with the origin and maintenance of several specialized physiological and morphological features essential to be apex predators. 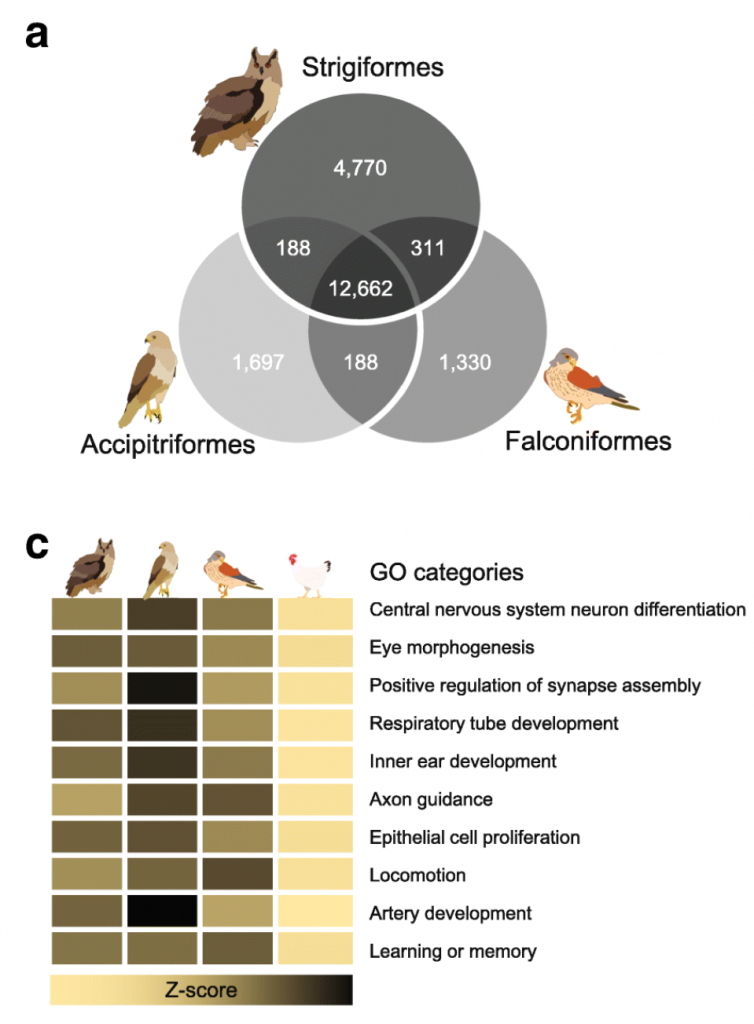 Figure 2. Relationship of birds of prey to other avian species.

“There is significance to this study, as it is the first in-depth genomics study comparing the three raptor orders, and we identified a number of shared molecular adaptations associated with a predatory lifestyle,” says Manager Joo-Hong Yeo in the Biological and Genetic Resources Assessment Division, National Institute of Biological Resources. “Going forward, we will continue to promote genome sequencing for a variety of wild animals to help construct reference genomes for wildlife conservation.”

The findings of this research have been published in Genome Biology (IF: 14.028) on August 29, 2019. This study has been jointly carried out by the National Institute of Biological Resources, UNIST Genome Industry Technology Center, Clinomex, Chungnam Wildlife Rescue Center, Chungbuk National University, and Cheongju Zoo. Samples required for this study were obtained from animals that were euthanized during rehabilitation or treated in habitats and conservation centers, such as the Chungnam Wildlife Rescue Center.