Home All News Research Shall We Dance? Dancing with Digital Dance Partner 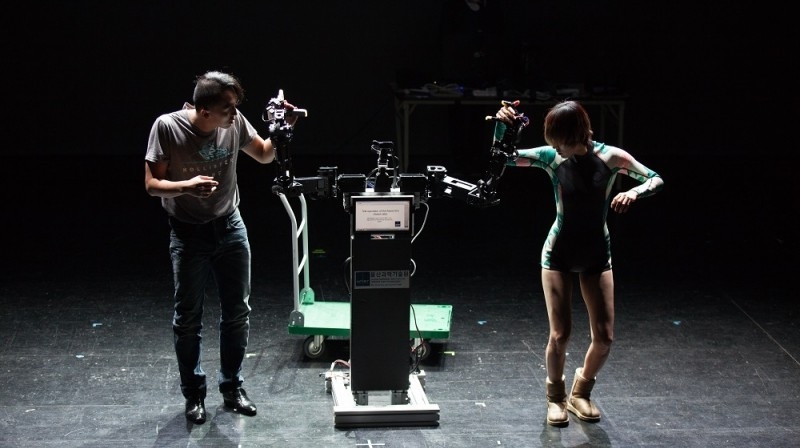 Shall We Dance? Dancing with Digital Dance Partner

Visitors to the recent musical show in Seoul got to see one of the more unusual performances of their lives: a robot dancing with human partners to a choreographed pop routine.

This human-robot dance ensemble, which combines arts and science, can be also seen as a challenge to expand the limitations of performing arts creation to technology.

This performance, which took two months to complete, has been jointly prepared by Professor Joonbum Bae of Mechanical and Nuclear Engineering at UNIST and the young, promising and famous choreographer and dancer, Bora Kim from Art Project Bora.

The primary purpose of this musical performance, entitled “Thinking about Prototyping-Body Frame” is to transform the communication between robots and humans into an art, thereby creating a new forum for practical interaction between arts and technology.

This dance partner robot, introduced in the performance is humanoid avatar robot with a tele-operation system where robot hands replicate human hand motion and feedback algorithm between the robot and the human.

In this performance, Sungman Park, Yeongtae Jung, and Min Hyuk Lee of Mechanical and Nuclear Engineering at UNIST remotely control the avatar robot offstage and two performers, Bora Kim and Kyungmin Ji, danced with the robot as if they were communicating with each other. 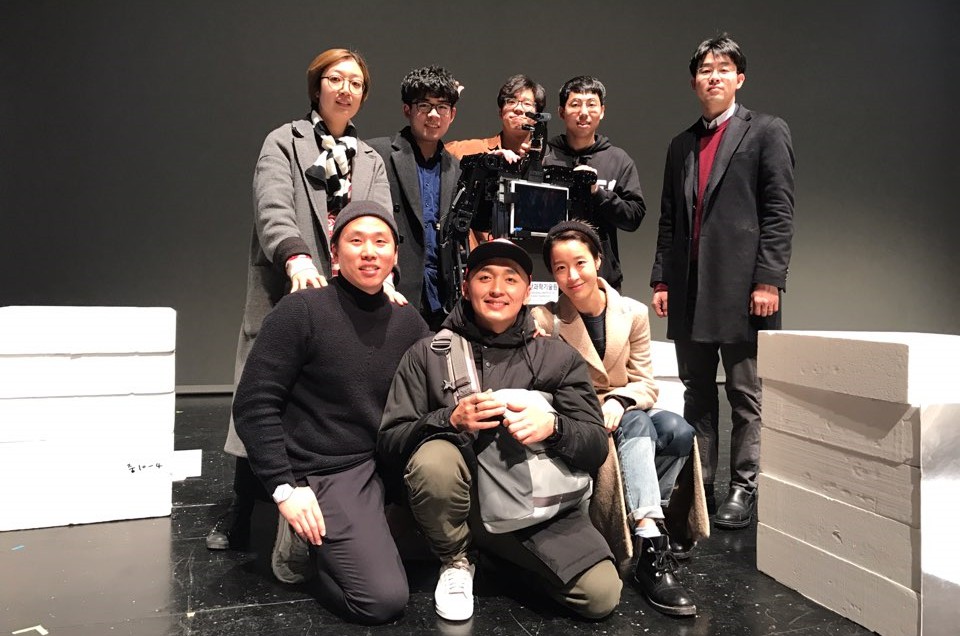