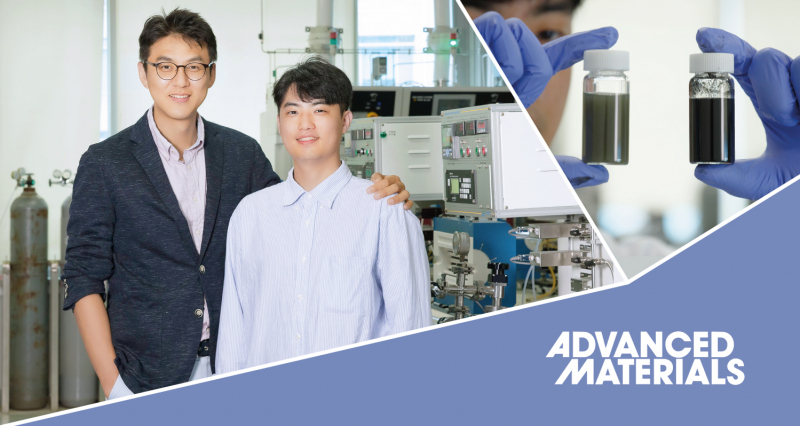 A joint research team, led by Professors Hyesung Park, Guntae Kim, and Sang Kyu Kwak in the School of Energy and Chemical Engineering at UNIST, has succeeded in synthesizing 1T‐phase TMDs via molten‐metal‐assisted intercalation (MMI).

The findings of this research have been published in Advanced Materials on July 6, 2020.

Researchers have developed a new technique to improve the catalytic performance of transition metal dichalcogenides (TMDs), which have been regarded as the next-generation catalysts for hydrogen evolution reaction (HER). The new synthetic method allows liquid metals to penetrate deep within the catalytic complex, and thus overcome the common issue of low conductivity that arise in current catalysts.

A research team, jointly led by Professors Hyesung Park, Guntae Kim, and Sang Kyu Kwak in the School of Energy and Chemical Engineering at UNIST, has introduced a facile and effective approach for synthesizing high phase‐purity 1T‐TMDs.

Transition metal dichalcogenides (TMDs) are layered materials, in which each unit (MX2) is composed of a transition metal (M) layer, such as Molybdenum(Mo) and Tungsten(W) sandwiched between two chalcogen (X) atomic layers, such as Sulfur (S). Besides, due to their low price and high durability, TMDs have been extensively studied to replace Pt. However, the electrical conductivity, which is in correlation with catalytic performances, is reduced at room temperature.

The research team succeeded in synthesizing 1T‐phase TMDs via molten‐metal‐assisted intercalation (MMI) process in about an hour. According to the research team, the technique exploits the capillary action of molten potassium metal and the difference between the electron affinity of TMDs and the ionization potential of potassium. The molten potassium metal is highly reactive and efficiently intercalates into the MoS2 interlayer, functioning as an electron‐donating dopant in the MoS2 basal plane. Consequently, the highest 1T‐phase purity yet reported (>90%) was achieved within a dramatically fast processing time.

“The new method for the synthesis of TMDs is very simple, requiring less time when compared to the existing method, which takes up to 48 to 72 hours,” says Sanghyeon Park, the first author of the study. “Besides, as verified in the X‐ray photoelectron spectroscopy (XPS) analysis, the phase purity of the resulting 1T‐MoS2 (MMI) exceeds 92%.”

“Our findings have opened a novel pathway for synthesizing stable 1T‐phase TMDs with high phase purity,” says Professor Park. “This study not only provides clues to the physical properties of 2D, but is also expected to contribute to development of hydrogen-generating catalysts through the use of TMDs.”

The findings of this research have been published in the July 2020 issue of Advanced Materials. This study has been supported through the Individual Basic Science and Engineering Research Program and the Mid-Career Researcher Program through the National Research Foundation of Korea (NRF).