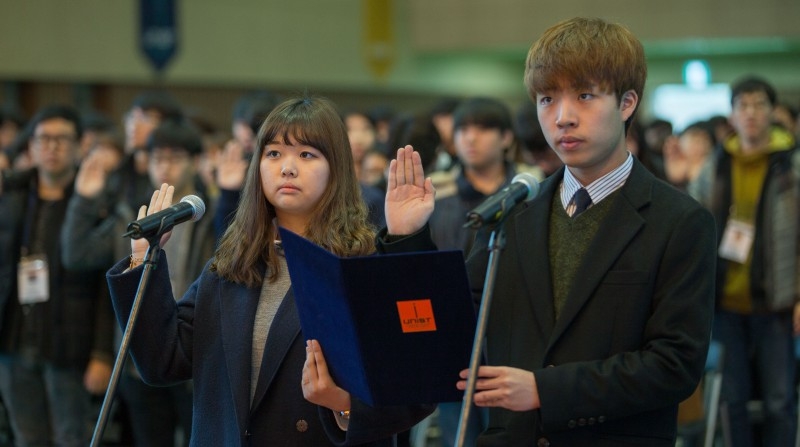 Welcoming the incoming freshmen and new transfers into the UNIST community.

On February 21, UNIST held the matriculation ceremony of about 360 students admitted into the UNIST student community.

The ceremony featured the awarding of newly-admitted students with outstanding entrance scores, followed by greetings and remarks by President Mooyoung Jung and other distinguished guests. The Oath of Freshmen was also delivered by student representatives, YoonHan Kim (Gyeonggi Science High School) and JaeYeon Ban (Jinhae Yongwon High School) on behalf of the incoming freshmen for 2017. 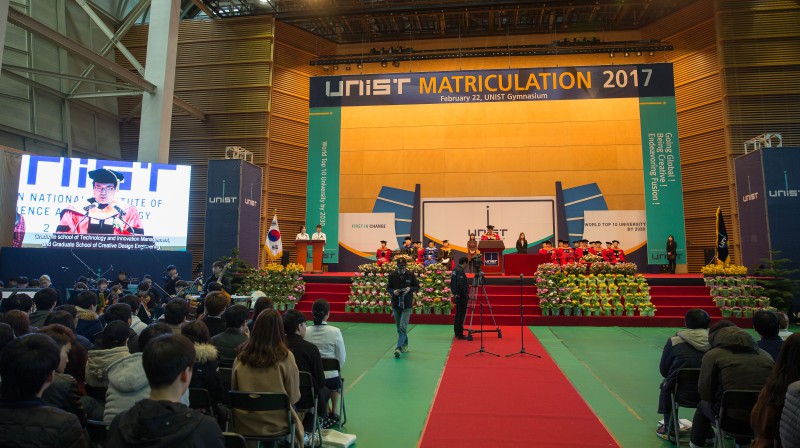 The ceremony was followed by the presentation of scholarship certificates to the students with outstanding entrance scores. JaeYeon Ban received this “Uni-Star Scholarship” on behalf of this year’s award recipients.

“I’ve heard UNIST has nine bridges with no assigned official names. And this is to celebrate and recognize the accomplishments of those highly intelligent, hard-working researchers that are equal to that of Nobel Prize winners,” says JaeYeon Ban. “Hopefully, one day one of these bridges will be named after me.” 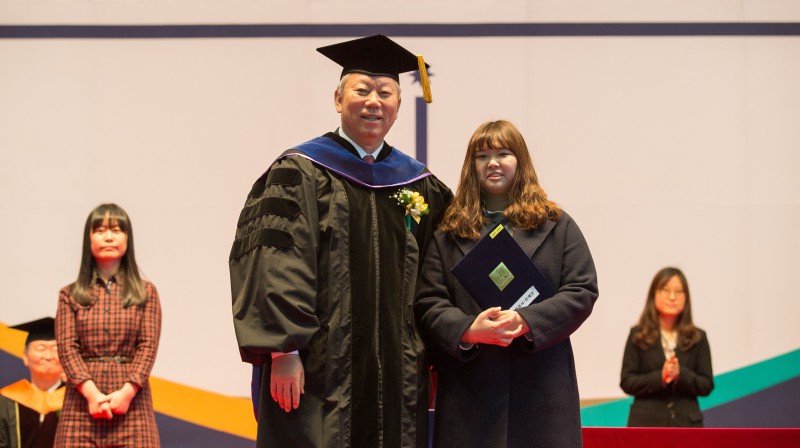 Following the ceremony, the newly-admitted students of undergraduate and graduate programs will attend the 2017 New Student Orientation program until Friday, February 24, 2017. This program is to help the incoming students adjust to life on campus and features welcome activities, community building exercises, and presentations on student success and campus safety.

“Four years in college is neither too long nor too short, so use your time wisely and work steadily to achieve your goals in order to become global leaders that the world needs,” says President Mooyoung Jung. “Great leadership often starts with a willing heart, a positive attitude, and a desire to make a difference. That is the kind of leader we need in the 21st century and that is the kind of leader I challenge you to be.”