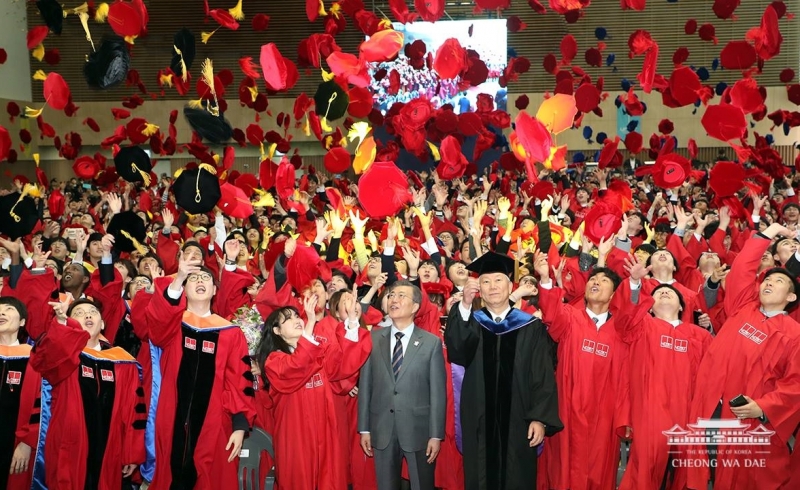 UNIST's Class of 2018 throw their mortarboards in the air to celebrate their graduation. South Korean President Moon Jae-in also visited UNIST to wish them continued success in their education and careers.

The 2018 UNIST Commencement Ceremony was held in Gymnasium on Monday, February 12. The ceremony was open to families and the general public and included representatives of all degree recipients.

South Korean President Moon Jae-in also attended the ceremony to deliver his commencement address to the graduating class of 2018. The ceremony featured the conferral of degrees, followed by the awarding of honorary degrees, greetings by university officials and remarks by the distinguished guests, including South Korean President Moon Jae-in, Minister You Young Min of Ministry of Science and ICT (MSI), Mayor Gi-Hyeon Kim of Ulsan City, Chairman of Hyun-Soon Lee of the UNIST Board of Directors, and UNIST President Mooyoung Jung to celebrate this special moment of recognition. 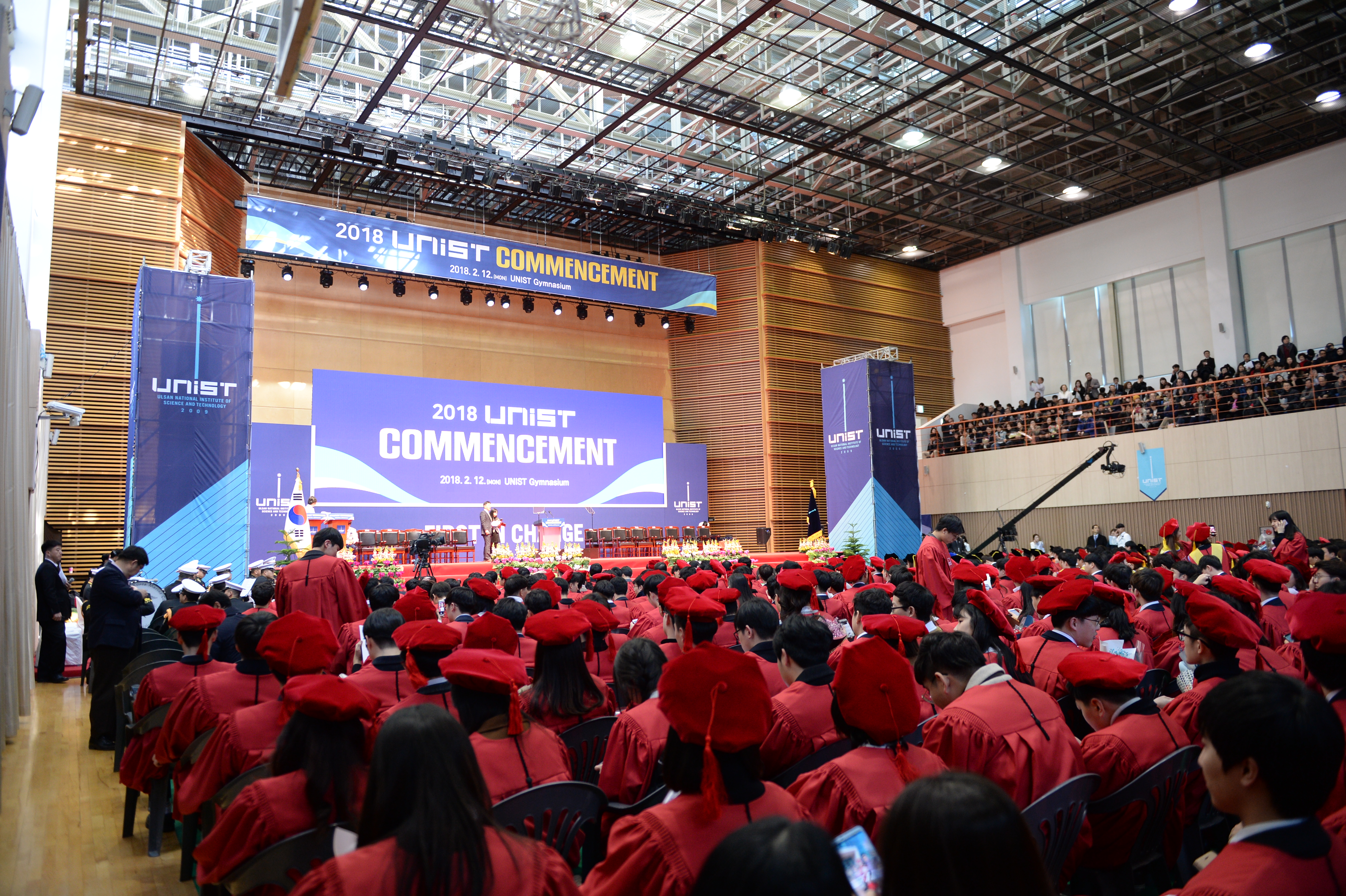 The 2018 UNIST Commencement Ceremony took place in the UNIST Gymnasium on February 12, 2018.

At each convocation ceremony, UNIST recognizes the exceptional achievements of outstanding students through various awards. At the ceremony, Hyeyoung Tak in the School of Urban and Environmental Engineering was awarded the Minister’s Award by the Minister You Young Min of MSI. This award has been given to Ms. Tak in recognition of her outstanding academic achievements and for being an active participant in community service activities and mentoring for those underprivileged.

The UNIST Chairman of the Board’s Award went to KiYoun Kim in the School of Electrical and Computer Engineering. This is a prestigious award given annually to students selected by the UNIST administration. In addition to winning first place in Naver Hackerton competition, Mr. Kim has been involved in various activities and competitions that have motivated and inspired others, which includes ‘UC Berkely Startup Exchange Program.

The Ulsan City Mayor’s Award went to YeEun Kim in the School of Energy and Chemical Engineering. This award has been given to Ms. Kim in recognition of her academic excellence in research and her extensive volunteering with local students in need of extra academic help. 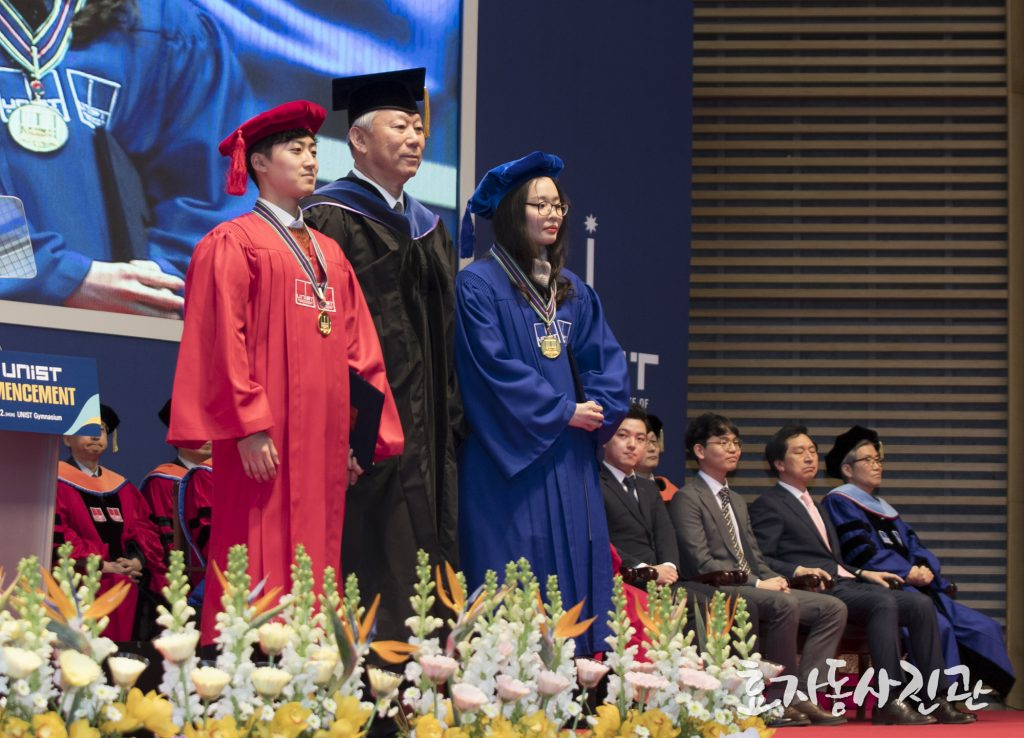 After the awarding of honorary degrees to distinguished individuals, President Jung shared his commencement message to the class of 2018. “You have been excellent representatives of all this university stands for and I am confident you will continue to serve as exemplary citizens who enrich the lives of those around them, like a ray of sunshine at the end of a dark tunnel,” says President Jung. 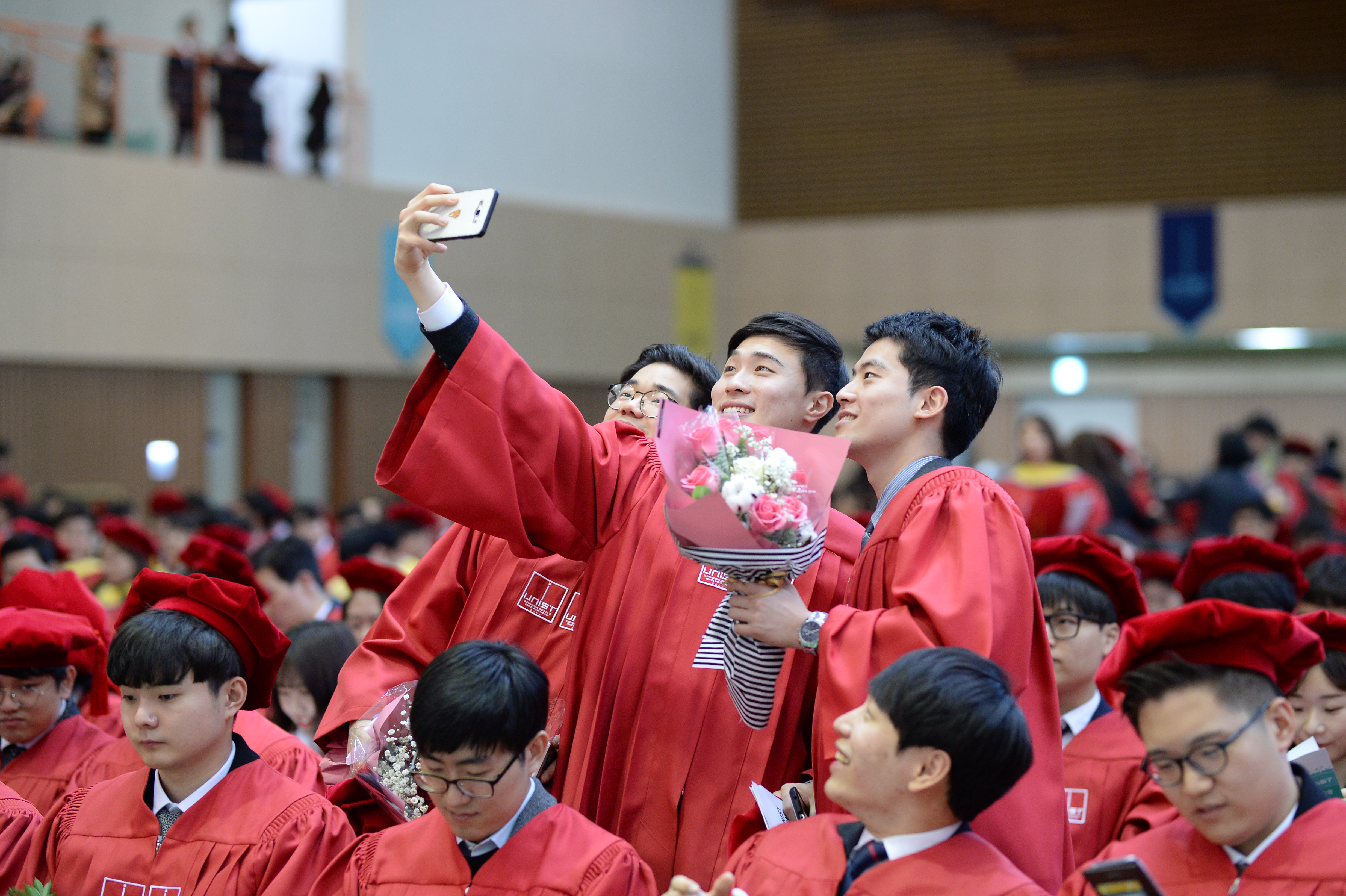 Prior to the commencement ceremony, President Moon also took a tour of UNISPARK, the on-campus innovation space for student entrepreneurs and met with about 40 students who have started a business at UNIST or are currently preparing for their future startups. During this meeting, three UNIST professors who had recently started their own businesses also had an opportunity to showcase their latest innovation.

“In the era of the Fourth Industrial Revolution, in which machines interact and learn from each other with little to no human interference, it becomes more and more important that each new generation understands the role of science in our lives,” says South Korean President Moon Jae-in. “The future of science depends on you.”