Home All News Research The Science behind the Curveball Illusion 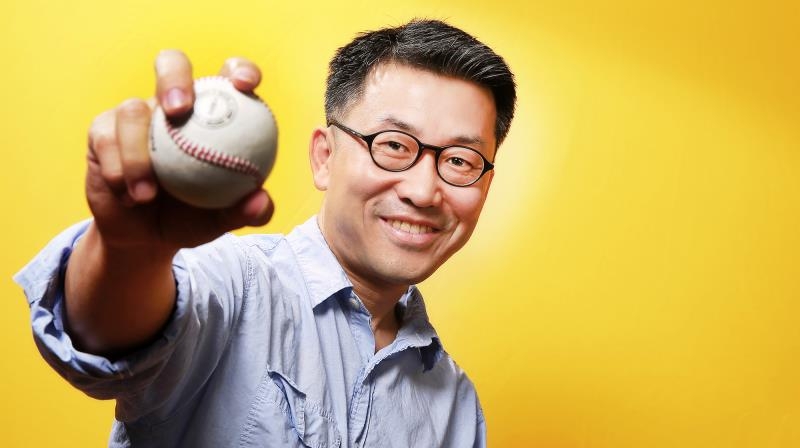 Dr. Oh-Sang Kwon (School of Design and Human Engineering) is posing for a portrait.

The Science behind the Curveball Illusion

The PNAS, one of the world’s most-cited and comprehensive multidisciplinary scientific journals, has recently acknowledged the work of a professor affiliated with UNIST and included his work entitled “Unifying Account of Visual Motion and Position Perception” in the June 15, 2015 issue.

On June 22, a team of researchers, led by Dr. Oh-Sang Kwon (School of Design and Human Engineering) at UNIST has announced that they may have discovered the secret of hitting a curveball. This study was conducted while Dr. Kwon was serving as a research associate in the Center for Visual Science at the University of Rochester.

The article discusses how humans integrate sensory signals to perceive the world by proposing an object-tracking model that optimally integrates sensory signals with a realistic model of motion dynamics. The model accounts for several well-known visual illusions, including motion-induced position shifts, slow speed biases, and the curveball illusion.

The aim of this study is to provide a unifying framework that reconceptualizes how the human visual system constructs coherent percepts from noisy position and motion signals.

The team states, “In our visual environment, object motion is strongly correlated with changes in object position. However, there is no unifying computational framework that can account for both motion and position perception and their interactions.”

According to the research team, when tracking the position of a moving object, our brains apply an algorithm, known as a Kalman filter. Dr. Tadin at University of Rochester states, “This algorithm, similar to GPS that track vehicles, can also explain why we are fooled by several motion-related optical illusions, like the sudden “break” of baseball’s well-known Curveball Illusion.”

“Because our brains understand position estimates are unreliable in our visual periphery, they tend to rely more on other visual cues, such as the motion or the spin of the ball, in this case,” says Dr. Kwon. “This means that is the perceived motion and position of the curveball enters your periphery, rather than the center of our visual field, it appears to make a sudden break.”

This study shows that our brains find solutions for dealing with imperfect information in a similar way that engineers handle their problems, like GPS.

This article is taken from the News Center of the University of Rochester that can be accessed here.