Three UNIST researchers have distinguished themselves with inclusion in the list of domestic candidates for the 2019 Nobel Prize.

With the Nobel Prize announcements just around the corner, the National Research Foundation of Korea (NRF) has released a shortlist with the most interesting and worthy candidates for this year’s Nobel Prize. The 2019 listing, released on the 4th of October, is based on the NRF database. The listing also indicates that UNIST has the largest number of domestic scientists close to the Nobel Prize in science, together with Seoul National University.

This year, 17 domestic candidates (9 in Chemistry, 5 in Physiology, and 3 in Physics) have been nominated for the Nobel Prize.

Distinghished Professor Kwang S. Kim has recorded Nobel Prize-level paper citations for the second consecutive year. According to the 2018 survey, Professor Kim has distinguished himself as one of two Nobel-Prize worthy domestic researchers who exceeded the median value of total papers (310) and total citations (24,944) by Nobel Prize Laureates over the past decades.

Distinghished Professor Sang Il Seok and Jaephil Cho have also been nominated as domestic candidates for the 2019 Nobel Prize for their outstinding contributions in perovskite solar cell research and lithium secondary battery work, respectively. Besides, this year is the first time both professors made this list. 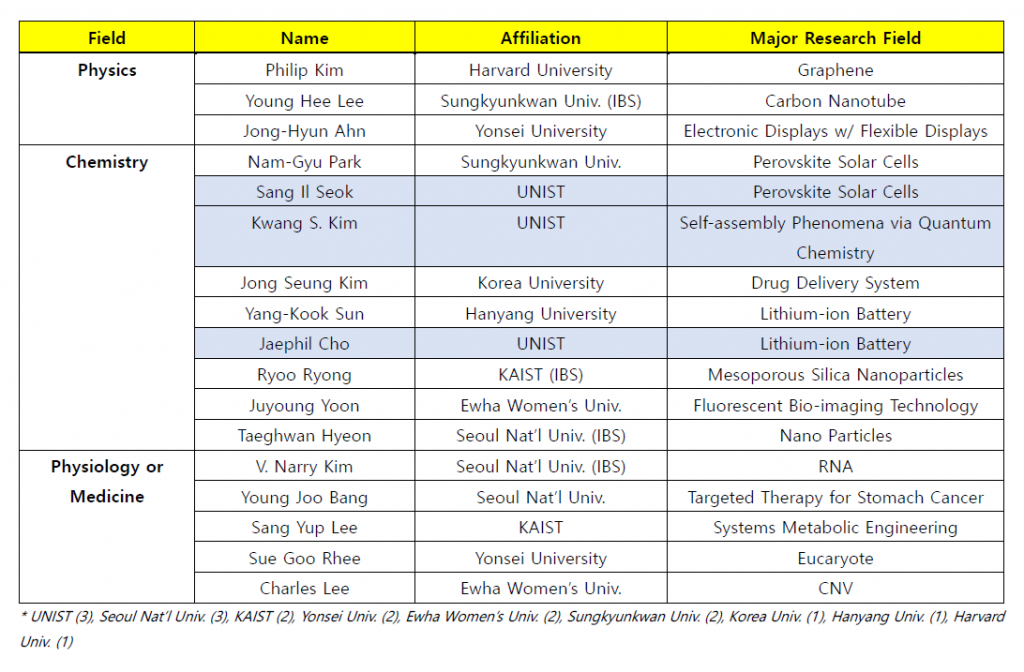