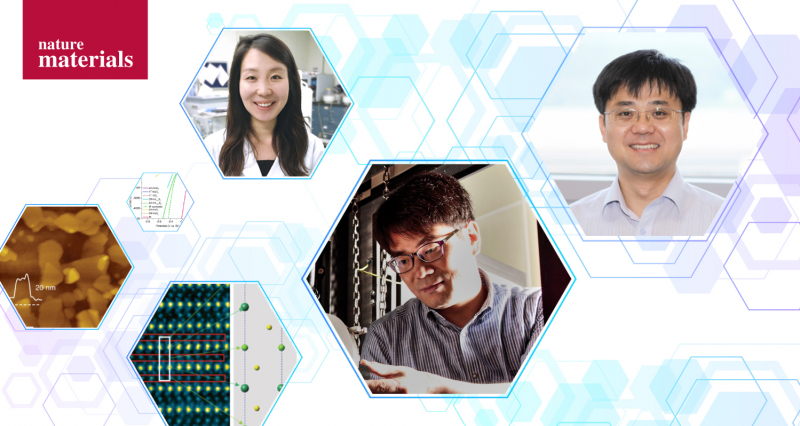 Their findings have been published in Nature Materials on August 27, 2019.

A joint team of researchers, affiliated with UNIST has announced their discovery of a new catalyst that can help boost the large-scale production of hydrogen.

The new catalyst reported in the August 2019 issue of Nature Materials is a product of thoughtful collaboration among Professor Hu Young Jeong and Professor Hyeon Suk Shin in the School of Energy and Chemical Engineering at UNIST, and the research team, led by Professor Manish Chhowalla from the University of Cambridge in the United Kingdom.

In the study, the research team has introduced niobium disulfide, a new catalyst that can produce hydrogen at large scale. With the new catalysts, the surplus atoms within the crystal structure change the electrical conductivity, resulting in a high hydrogen production compared to the existing catalysts.

Hydrogen has been considered as a clean energy source that can be infinitely reproduced. However, current catalysts for hydrogen production rely heavily on expensive metals, such as platinum and this may limit widespread commercialization of hydrogen. To solve such issue, the research team has jointly developed a new catalyst that can replace an expensive platinum catalyst in mass-production of hydrogen.

The team used chemical vapor deposition (CVD) to synthesize a new structure of metallic transition metal chalcogenide, niobium disulfide (NbS₂). The catalyst has realized 100 times higher current density than the existing two-dimensional transition metal, chalcogenide. The higher the current density, the greater the amount of hydrogen produced in the same electric pressure increases. This shows much of its potential as a stable catalyst for large-scale use in hydrogen production.

“In fact, an area of 1 square centimeter released 30 liters of hydrogen per hour when NbS is applied to the cathode of electrolytic cells which generate hydrogen,” says Dr. Jieun Yang, a graduate of UNIST. “Amd this amount is simiar to that of commercially available platinum catalysts.” She adds, “The new catalyst is highly likely to be commercialized in that it can mass produce hydrogen, while replacing an expensive catalyst made of precious metals.”

The team also analyzed the crystal structure of the synthesized catalyst, using a cross section of scanning transmission electron microscope (STEM) method. The recently synthesized niobium disulfide is not monolayer, but multilayer . The team observed that atoms of niobium were additionally found in the layers of stacked niobium disulfide. In particular, the more niobium on the catalyst surface, the better the catalyst performance.

He adds, “This is the first study to confirm the structure of niobium disulfide (Nb1 + XS2)
, consisting of excess niobium. Thus, when applied to other stacked materials it will be helpful to design new catalyst structures.”

The findings of this research have been published in Nature Materials on August 27, 2019. This study has been supported via the Future Materials Discovery Project by the National Research Foundation of Korea.