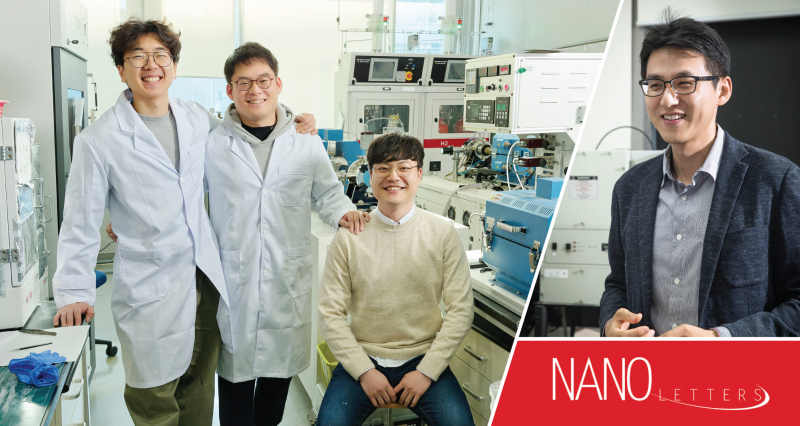 Their findings have been published in Nano Letters on February 3, 2020.

An innovative signal detection system that can detect infinitesimal molecules by amplifying molecular fingerprints has been developed. This has attracted much attention as a technology that can be used for the detection of pesticides and nuclear waste, as well as for bacterial identification, genetic diagnosis and immunological labeling.

The molecules inside the material respond to light from the outside, and thus generate a new optical signal, Raman spectrum. Because such signal varies greatly depending on the substance, analyzing them allows you to better detect or characterize a target substance. However, the strength of the Raman signal is weak, and thus must be amplified using a sensor before analyzing. Normally, a sensor is placed under the material to be detected and the laser is split to amplify the Raman signal by the interaction of the sensor with the material. The major contribution to Raman signal amplification is associated with electromagnetic (EM) and chemical (CM) enhancements. EM has high sensitivity, which is advantageous for the detection of low concentrations, but is less stable, while CM exhibits high stability and low sensitivity.

The research team sought to improve the sensitivity by increasing enhancement factors for CM mechanism. When the Raman signal is amplified by the CM method, the electrical interaction between the sensor and the detection material must be active. In this case, the energy band level of the sensor material is important. When synthesizing rhenium oxide thin films that make up the sensor, the team adjusted the oxygen concentration in real time to match the optimized energy band level that facilitates charge transfer. As a result, the Raman signal was amplified to develop atomic-scale thin SERS sensors with remarkable sensitivity and operational stability

“The electric dipole formed on the surface of the thin film forming the sensor and the electric dipole of the substance to be detected react with each other to further amplify the Raman signal,” says Jihyung Seo (Combined M.S/Ph.D. of Energy and Chemical Engineering, UNIST), the first author of the study. “Through this, it is possible to detect low concentrations of substances by improving the existing CM method with high stability but low sensitivity.”

When ReOxSy forms a vertical heterostructure on a graphene as the SERS substrate, the enhanced charge-transfer and exciton resonances improve the limit of detection to the femtomolar level (10-15 M), while achieving remarkable flexibility, reproducibility, and operational stability.

The findings of this research have been published in the online version of Nano Letters on February 3, 2020. This work has been supported by mid-career researcher program through the National Research Foundation of Korea (NRF) and the Ministry of Science and ICT (MSIT), as well as the Korean Ministry of Trade, Industry & Energy (MOTIE).