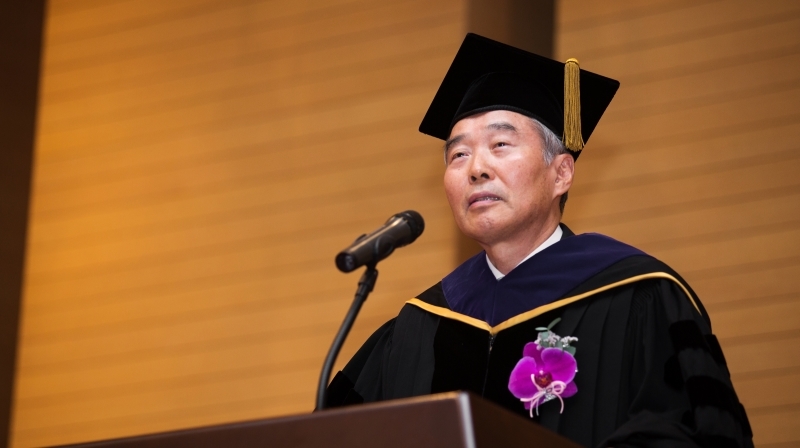 Dr. Moo Je Cho delivering his farewell speech at the auditorium of KyungDong Hall on the afternoon of August 31st, 2015.

UNIST Bids a Fond Farewell to its President

"Thank you for your support, your kindness and your dedication and loyalty to UNIST."

On the afternoon of August 31st, UNIST community gave a warm send off to its founding President Dr. Moo Je Cho, as he ends his mandate today after eight years of service.

On the occasion of the end of mandate of the President of UNIST, a farewell ceremony was held at the auditorium of KyungDong Hall. The event was attended by over 500 people, including board members, vice presidents, deans of colleges, faculty and staff members, and students of UNIST.

Dr. Jae Sung Lee, Vice President of Academic Affairs at UNIST gave an opening address, expressing the university’s pride of what has been achieved during Dr. Cho’s tenure. Indeed, since its opening in 2009, UNIST has captured the attention of scientists worldwide with its potential to become one of the world’s top 10 science and technology universities by 2030.

As the Founder and 1st President of UNIST, Dr. Cho began his tenure in September 2007 when the university was little more than an idea. During his tenure, Dr. Cho has provided wise and steady leadership to UNIST. Thanks to the efforts and hard work of Dr. Cho, UNIST now stands shoulder to shoulder with world’s top universities in the Lithium-ion Secondary Battery research field, along with MIT an Stanford University. Not only that, in recent years, UNIST has been also designated as a government-funded research institute from IBS, Korea and hosted 3 IBS campus site labs, led by world-renowned scientists.

In his farewell speech Dr. Cho mentioned, “I am very thankful, from the bottom of my heart, that you have given me the privilege to be a part of this incredible institution for the past 8 years.” He continues by saying, “I would like to extend my sincerest thanks and appreciation to professors, staff members, students, and alumni of UNIST for your trust and support.”

“Thank you for your support, your kindness and your dedication and loyalty to UNIST.” 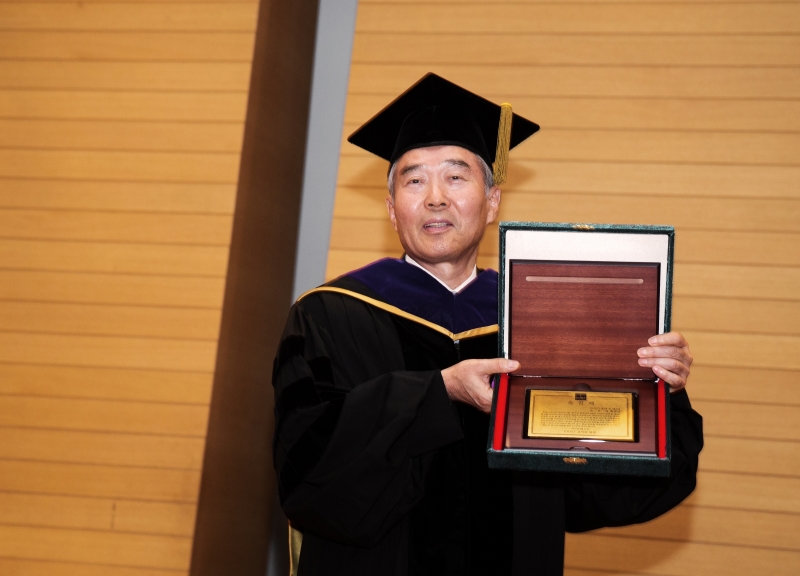 The founder and retiring president Dr. Moo Je Cho is holding the Memorial Plaque at the farewell ceremony, held at UNIST on August 31, 2015. 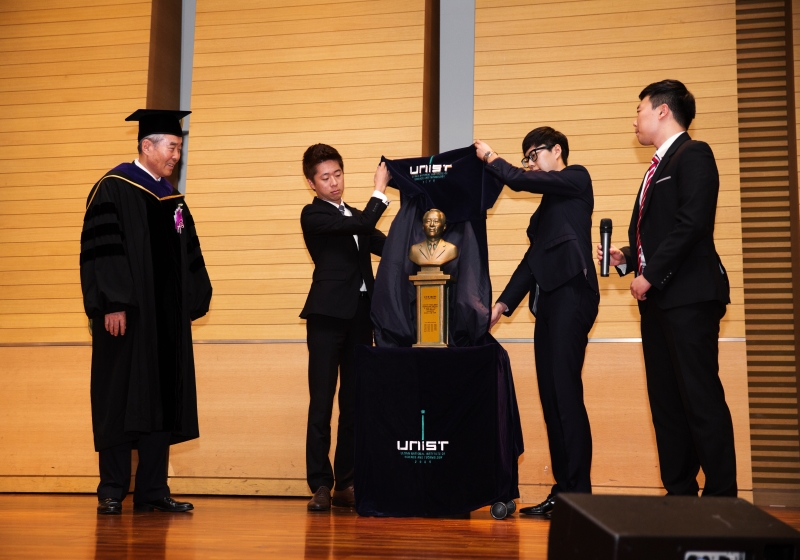 A bronze bust of Dr. Moo Je Cho presented to him at the farewell ceremony by UNIST student representatives. 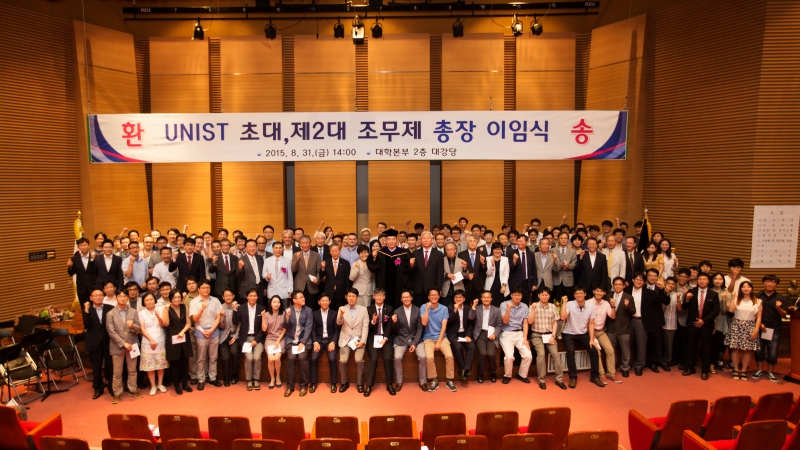 A group photo taken at the farewell ceremony, held at the auditorium of KyungDong Hall on August 31, 2015.