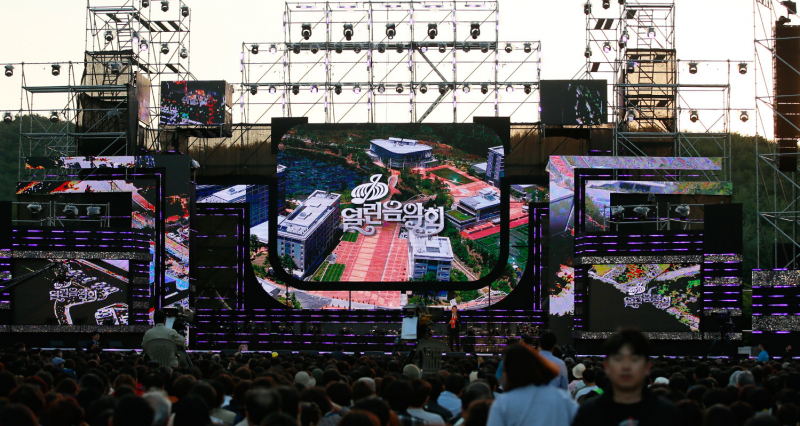 The commemorative ceremony and celebration for the 10th/12th anniversary was held on the evening of May 12, 2019.

'KBS Open Concert' was also held on the evening of that same day.

A commemoration ceremony was held in the 2F auditorium of Main Administration Building of UNIST on the evening of May 12, 2019. Attended by UNIST members and distinguished guests, the ceremony handed them some time to look back on the past 10 years since the establishment and look forward to the future. 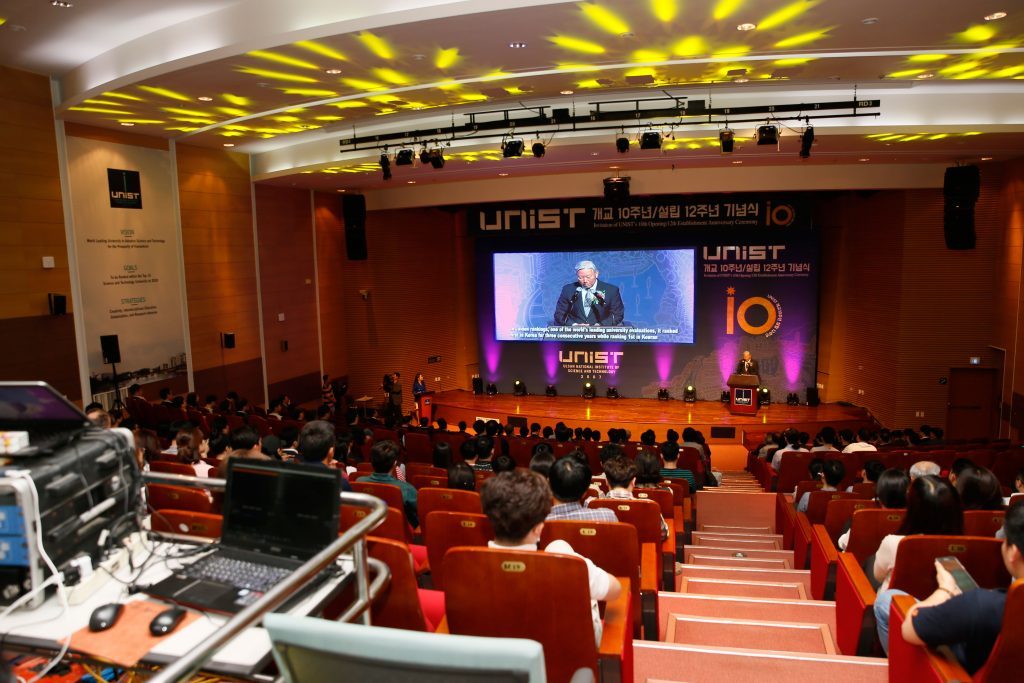 A ceremony to commemorate the 10th and 12th year anniversary of UNIST was held in the 2F auditorium of Main Admin. Bldg. of UNIST on Tuesday, May 12, 2019.

It was followed by a screening of commemorative video, a brief report on the history of UNIST, as well as congratulatory remarks by distinguished guests. The event also featured a customized sand painting performance, illuminating UNIST’s past, present, and future.

A commemorative concert, namely ‘KBS Open Concert with Ulsan Citizens and BNK Kyongnam Bank’, was also held on the evening of that same day. Held in open plaza between the Main Administration Building and the Engineering Buildings of UNIST, approximately 7,000 guests attended the concert to celebrate the 10th and 12th anniversary of UNIST. 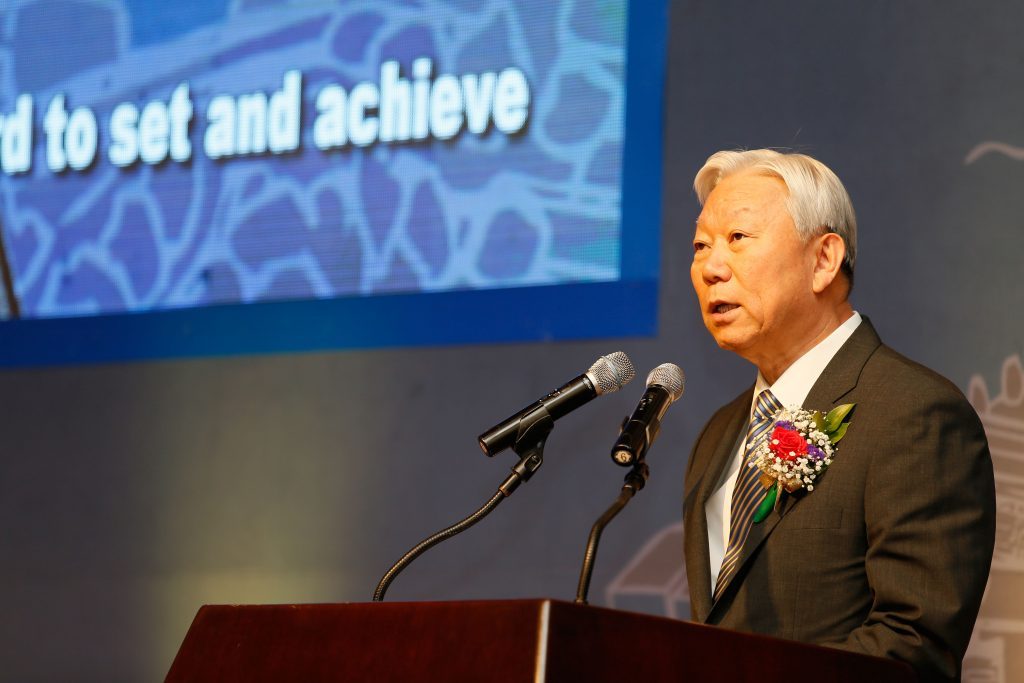 Opening remarks by President Mooyoung Jung at the 10th/12th year anniversary of UNIST on May 12, 2019.

“2019 is a major year for UNIST, as we celebrate our 10th anniversary,” says President Mooyoung Jung. “This milestone would not have been possible without the support of Ulsan citizens.” He adds, “Mere words cannot begin to describe the gratitude I have toward all those who made this happen.”

There are also plenty of interesting exhibitions and cultural events, including KBS Open Concert, going on during this commemorative celebration. In particular, the ‘Open University Week’ is a representative event of the celebration. 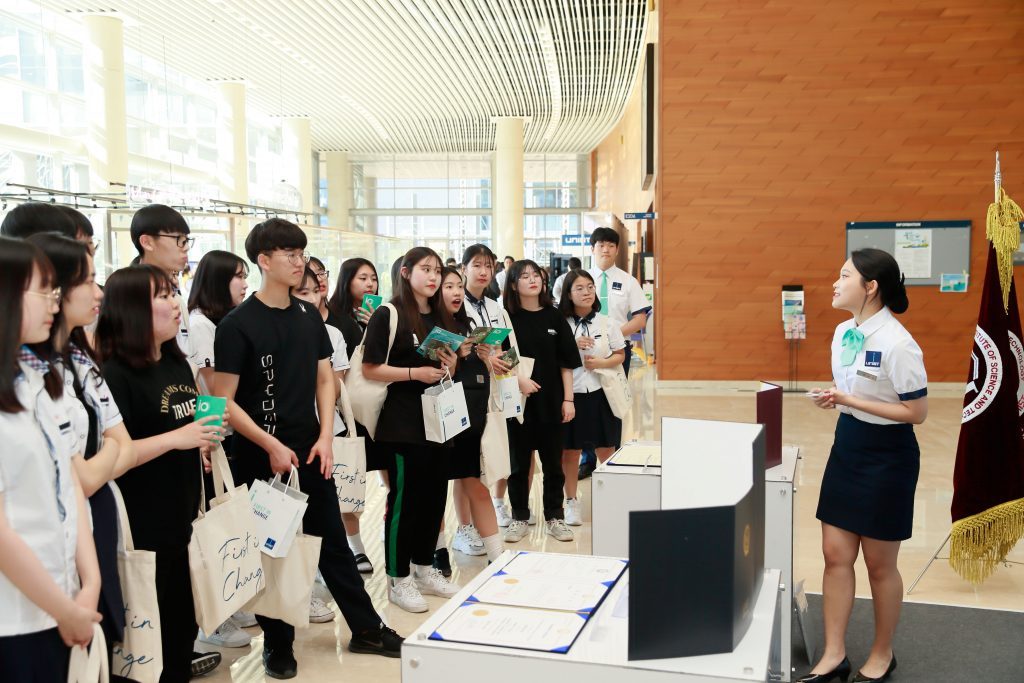 UNIST has organized the ‘Open University Week’, starting from Friday, May 17, 2019. This event allows local middle and high school students to explore more about the laboratories and research facilities of UNIST.

Held from May 17 to May 25, the ‘Open University Week’ invites the general public and local students to look around the state-of-the-art labs, project spaces, classrooms, and research facilities of UNIST. As of May 20, about 240 students from 6 different middle schools and 120 students from 3 different high schools visited the campus. Thus, over 1,000 students are expected to visit by Friday, May 24, 2019.

For the general public tour, over 1,000 people have registered in advance, thus over 400 people visited to learn more about the major achievements and research breakthroughs of UNIST. The tour will run until Saturday, May 25, 2019. 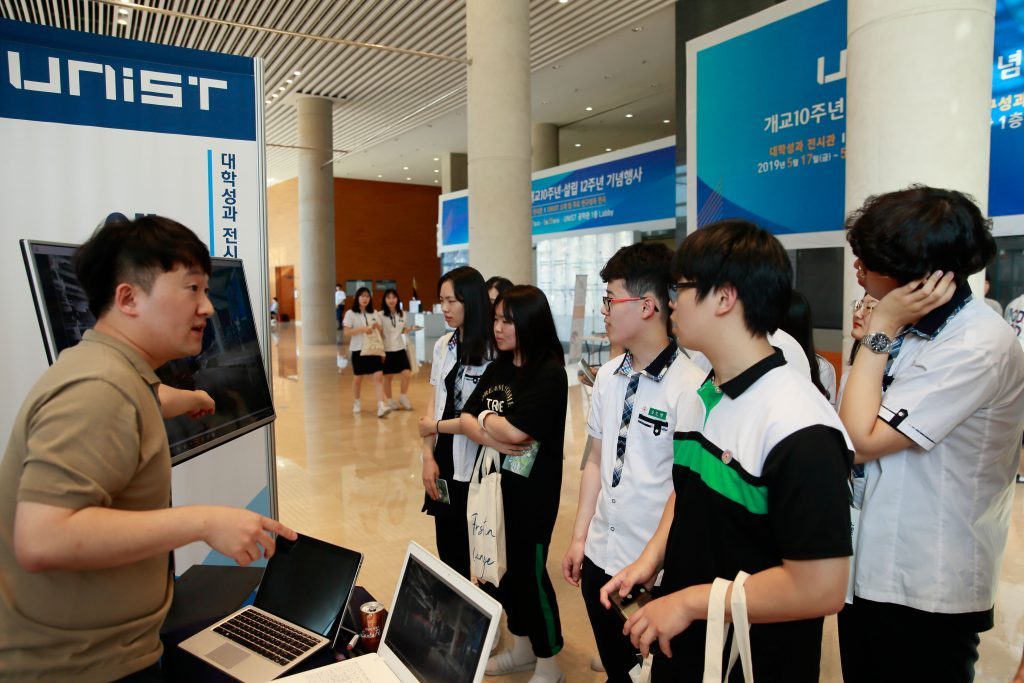 Visitors can experience major researches and hear explanations at the exhibition hall located in the 1F lobby of Engineering Building.

Meanwhile, a special lecture on life sciences is scheduled to be held on Thursday, May 23, 2019. On the following day, the musical gala show, entitled ‘Musical Gala Climax’ will be held. On the 25th of May, ‘Science Golden Bell Challenge’ and ‘Startup Competition’ are also scheduled to be held on campus. Participants have been pre-registered for these events. Off-campus programs, such as the ‘S&E Experience’ and an exhibition, featuring UNIST’s major research and technological achievements, will be also held at Ulsan Grand Park between June 1 and 2, 2019.