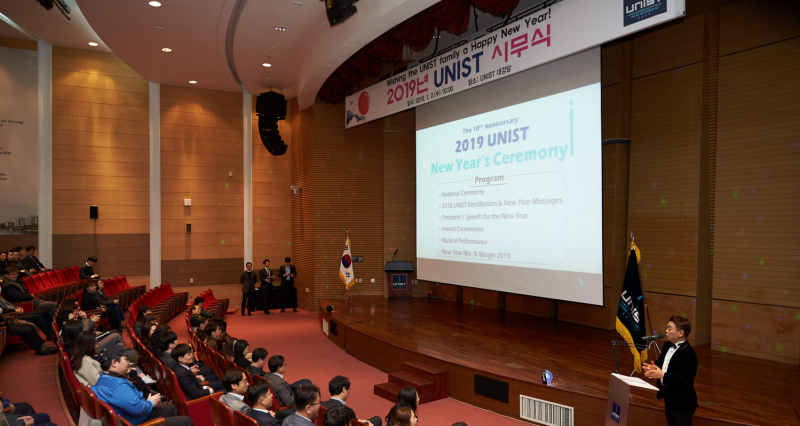 The 2019 New Year's Kick-off Meeting was held in the auditorium of Main Administration Building at UNIST on January 2, 2019.

The ceremony was held in the auditorium of Main Admin. Bldg. at UNIST on January 2, 2019.

UNIST held the 2019 New Year’s Kick-off Meeting in the auditorium of Main Administration Building at UNIST on January 2, 2019. At the meeting, President Mooyoung Jung extended his New Year greeting, sharing the institution’s direction for 2019 and wishing the entire UNIST community a year full of happiness and prosperity.

In his New Year’s message this year, President Jung recounted, “The year 2018 has been a rewarding year for all of us, as UNIST has proved its scientific excellence and competitiveness in the worldwide university assessments.” 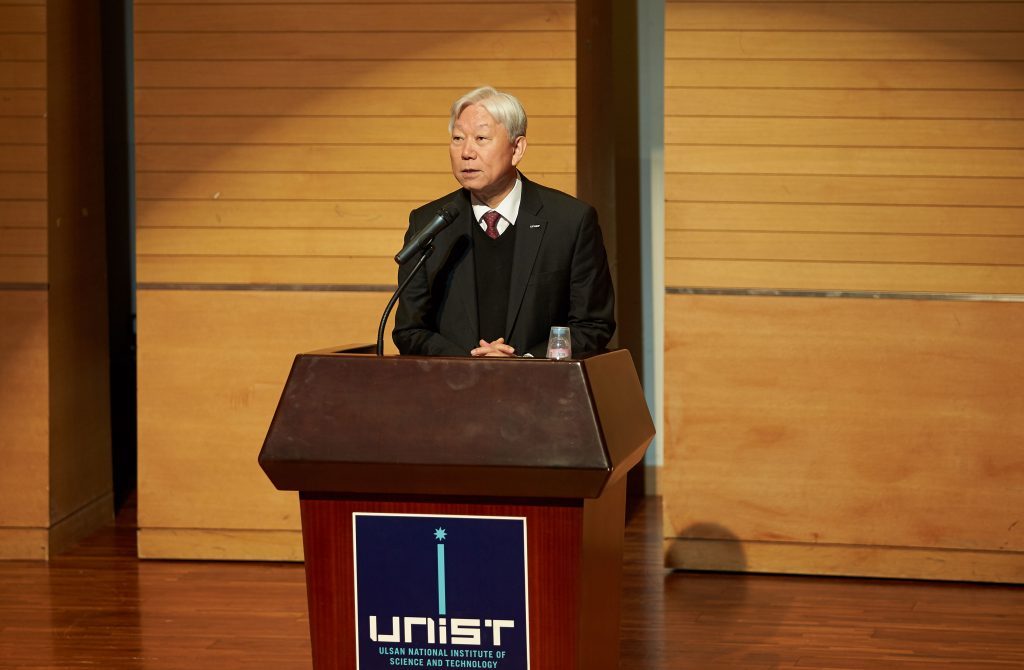 UNIST President Mooyoung Jung extends his new year’s greetings to all members of the UNIST community at the New Year’s Kick-off meeting on January 2, 2019.

He adds, “The year 2019 is an important year for UNIST, as it marks the 12th anniversary of UNIST’s establishment and marks its 10th anniversary.”

On the threshold of another promising year of growth and development, President Jung has asked the entire UNIST community for their understanding, support, and committment to ensure that 2019 is an especially successful year.

“The start of a new year is a great time to reflect on the accomplishments of the past,” says President Jung. “If we could learn from the past and use it as a stepping stone to look to a brighter future, I am certain the next 10 years will come back with even greater future.”

At the ceremony, Professor Changduk Yang in the School of Energy and Chemical Engineering was awarded with the Global Award in recognition of his outstanding contribution to the improvement of UNIST’s reputation. He has conducted extensive and excellent research, as well as won several research projects in the past year. 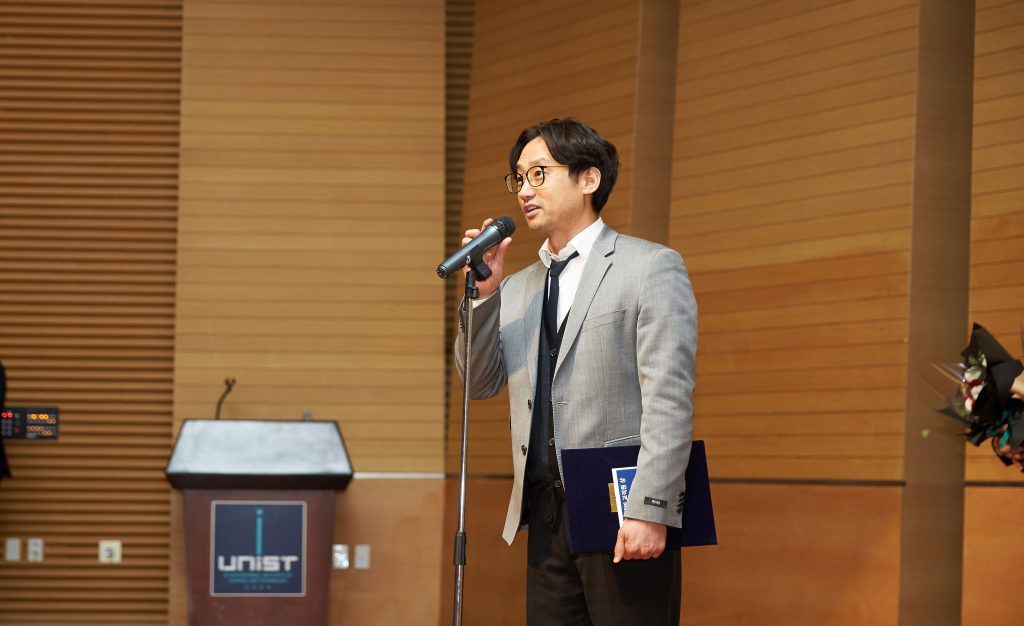 Professor Changduk Yang (School of Energy and Chemical Engineering, UNIST) is sharing his acceptance speech at the 2019 New Year’s Kick Off Meeting. 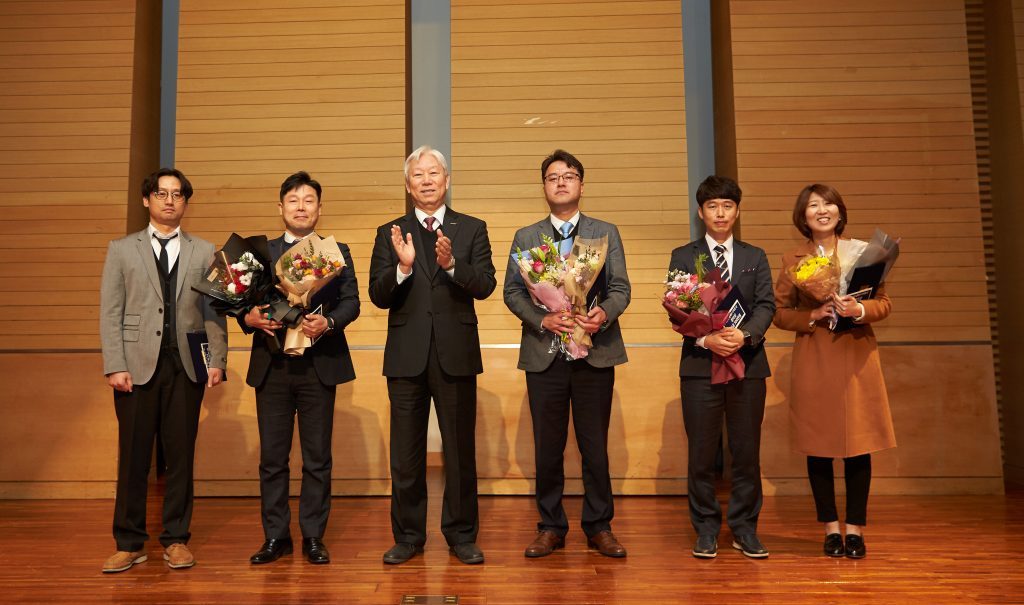 Based on the 2018 Team Assessment, a total of 11 teams were recognized for their outstanding performance.