Home All News People UNIST, “One of the Most Exciting Places in the World.” 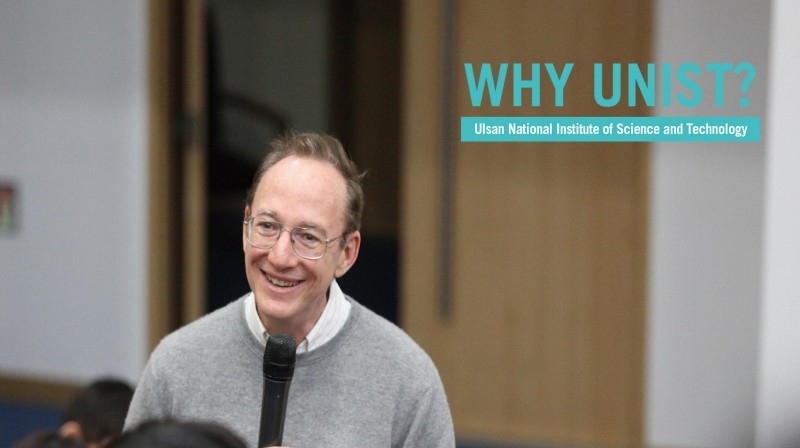 UNIST, “One of the Most Exciting Places in the World.”

“UNIST is one of the most exciting places in the world,” says Dr. Steve Granick who is a Founder of the IBS Center for Soft and Living Matter and also a Professor of Chemistry, Physics, Materials Science, and Chemical Engineering at UNIST.

For future students considering a degree at UNIST, Dr. Granick gives his reasons why every students should choose to study at UNIST.

“Given the dynamic changes in science and engineering today, the change to form an IBS Center at the UNIST campus, was an offer I could not refuse,” says Dr. Granick. According to him, UNIST’s state-of-the-art research facilities, along with its world-reowned faculty give UNIST enough reason to be one of the most exciting places in the world.

“UNIST is young, but in its short history it has moved forward at a rapid pace,” says Dr. Granick. In fact, despite being younger than its peers, the rapid growth of UNIST has captured the attention of scientists worldwide.

Dr. Granick wears many hats. He has been awarded two of the most prestigious international awards in the demanding fields of both polymer physics and polymer chemistry: the Polymer Physics Prize of the American Physical Society (2009) and the Colloid and Surface Chemistry Award of the Amierican Chemical Society (2013). Moreover, he is also a Fellow of the American Physical Society, as well as a Fellow in the Center for Advaced Study of University of Illinois at Urbana-Champaign. Presently he holds the Racheff Chair of Materials Science and Engineering.

In 2014, Dr. Granick founded the IBS Center for Soft and Living Matter. His research interests are in the areas of polymers, complex fluids, and biomaterials. At our UNIST IBS campus research center, he aims to develop core technologies into applications for climate, energy, and medical related areas through our world-class research facilities.