Home All News People UNIST, “One of the Top Universities in the World.” 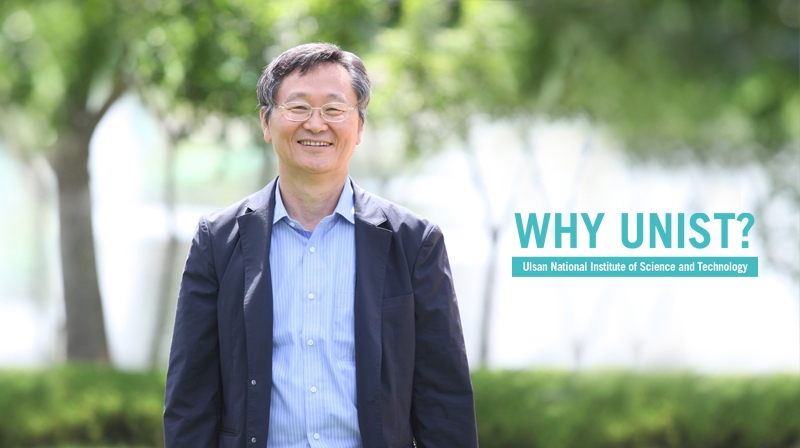 Dr. Jae Sung Lee, Vice President of Academic Affairs at UNIST is posing for a portrait at UNIST.

UNIST, “One of the Top Universities in the World.”

“UNIST is one of the top universities in the world,” says Dr. Jae Sung Lee who is the Vice President of Academic Affairs and also a Professor of Energy and Chemical Engineering at UNIST.

For future students considering a degree at UNIST, Prof. Lee gives his reasons why every students should choose to study at UNIST.

Prof. Lee believes that “UNIST consists of talented people with a variety of skills and expertise working together to create a welcoming learning environment for all students.” According to him, the dynamic nature of UNIST, as well as enthusiasm and energy of the people at UNIST give UNIST a very good reason to be one of the world’s top research institutions.

“UNIST is a relatively young university, but this means that students are being taught by younger professors who are current in their fields and I think this is great, ” says Prof. Lee. Moreover, according to him, the dynamic nature of UNIST, together with its people create an effective learning and teaching environment for everyone on campus.

Dr. Jae Sung Lee wears many academic hats. He has published more than 300 scientific papers and 90 patents in the field, and his work has been cited over 12,000 times with an h-index of 56. Combined with his former tenure at POSTECH, he has 30 years of experience in teaching and research in catalysis and energy technologies. He obtained his PhD in Chemical Engineering from Stanford University, MSc from KAIST, and B.S from Seoul National University. Shortly after obtaining his PhD in 1984, Dr. Lee worked for Catalytica as a research fellow (’84-’86), was a visiting professor to Yale University (’93-’94), and was the head of Brain Korea 21 Plus (META-material-based Energy Harvest and Storage.

Prior to joining UNIST in 2013, Dr. Lee served as Vice President of Academics and Dean of Admission and Student Affairs at Pohang University of Science & Technology (POSTECH). His current research thurst lies in the areas of hydrogen energy, including photocatalytic water splitting for solar fuels, electrocatalysis for low temperature fuel cells, and catalysis for energy and environment. Currently, he is in charge of academic affairs, student admission, student affairs, and academic information at UNIST.