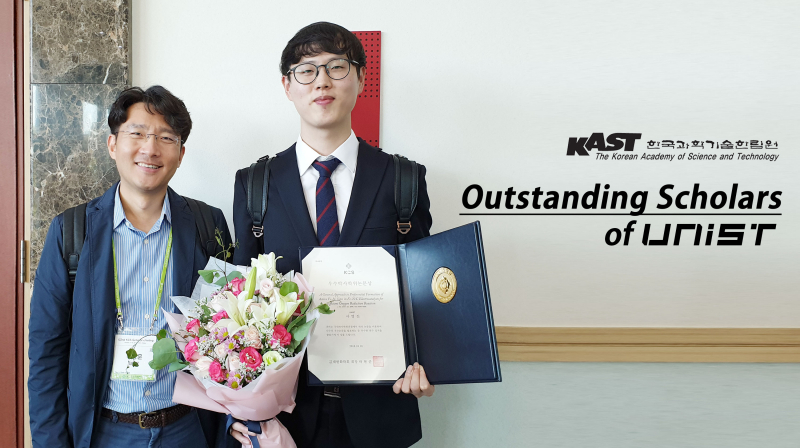 UNIST Professor and His Student Named Newest Members of Y-KAST

Two outstanding scholars, affiliated with UNIST have distinguished themselves with inclusion in the ‘Next Generation of Energy Scientists,’ selected by S. Korea’s most prominent research organization.

Professor Sang Hoon Joo in the School of Energy and Chemical Engineering has been named the newest members of Young Korean Academy of Science and Technology (Y-KAST) on January 21, 2019. On the same day, Dr. Young Jin Sa, a student of Professor Joo, has been awarded Grand Prize in Dissertation of the Year Awards at the 8th S-Oil Best Paper Awards, given by the Korean Academy of Science and Technology (KAST) and S-Oil Science Prodigy and Culture Foundation.

Both Professor Joo and Dr. Sa are promising researchers in the field of high-performance electrochemical catalysts. Professor Joo has developed non-precious metal catalysts for energy conversion, which may replace rare and expensive materials, such as platinum(Pt). Besides, he has carried out further research on the identification of catalytic active sites for the previously introduced non-precious metal catalysts. His findings have been regarded as a major breakthrough that contributes to the further commercialization of hydrogen fuel cells. Recently, Professor Joo has turned his attention to the energy sector by introducing high-performance environmentally friendly catalysts for hydrogen production.

In addition, the recent research work by Dr. Sa, which Professor Joo supervised was about ‘Non-platinum highly active catalysts’. The proposed material is also expected to contribute greatly towards the advancement of fuel cells and water electrolysis devices.

“The importance of hydrogen energy is emphasized for global warming countermeasures, thus developing highly-stable catalysts with long-term stability has become more important,” says Professor Joo. ” It is such an honour to be able to teach students, like Dr. Young Jin.”

Dr. Young Jin Sa entered UNIST in 2009 and received his PhD in 2018. He applied for a research position at Professor Joo’s lab at UNIST and that is how he met Professor Joo.

“Coming to UNIST, which just opened its doors in 2009, was a big adventure, but it has grown rapidly thanks to the hard work and dedication of the staffs and faculty members at UNIST,” says Dr. Sa. “Professor Joo is a great  mentor who is willing to teach what he knows and accept the mentee where they currently are in their professional development.” He adds, “Without his guidance, I would never have made it this far.” 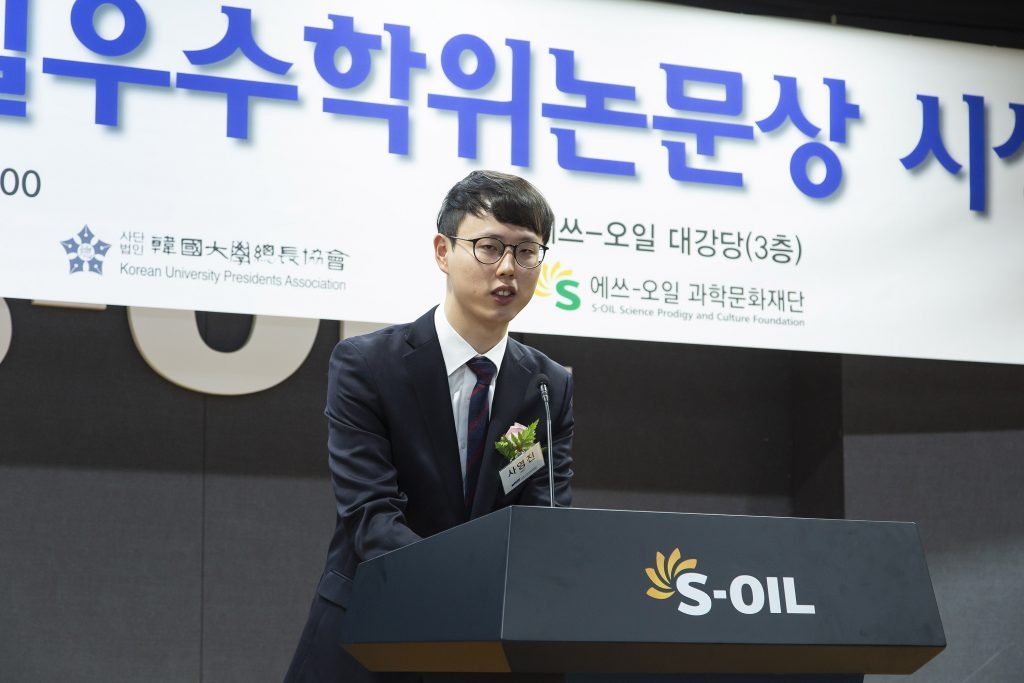 Both scholars will continue carrying out catalysis research on the development of advanced nanomaterials for catalysis and energy applications. In particular, they will be working on the synthesis of high-performance catalysts that can replace rare and expensive, precious metals (Platinum, Iridium), currently used in fuel cells and water electrolysis devices.

Meanwhile, the Young Korean Academy of Science and Technology (Y-KAST) recognizes promising Korean scientists who are aged 43 or less and provide support for them. As part of an effort to do so, it not only helps its members to engage in a variety of exchange activities with other young members of overseas academic institutes, but provides an opportunity to exchange multidisciplinary research results among scholars at home and abroad. This year, they have appointed 26 young scientists who are expected to play a leading role in the next-generation research.