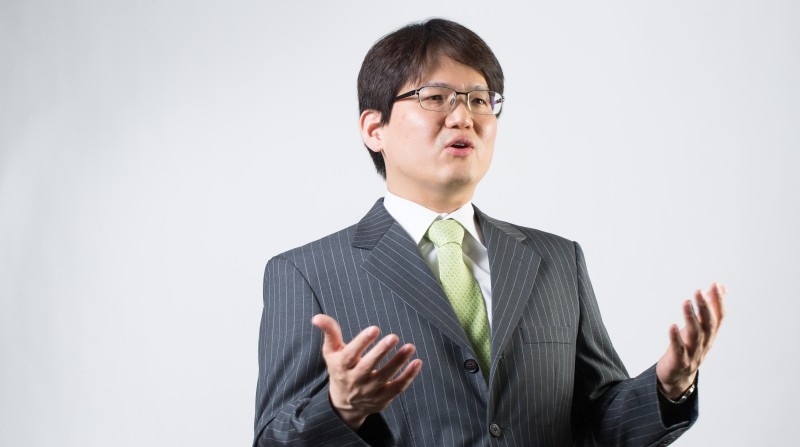 Prof. Ki Jin Han of Electrical and Computer Engineering has been selected to be the winner of the 2015 IEEE CPMT Best Paper Award.

Prof. Ki Jin Han, recognized as one of the world’s leading scholars in the field of Electronic Packaging.

Prof. Ki Jin Han (School of Electrical and Computer Engineering) has been selected the recipient of the 2015 IEEE CPMT Best Paper Awards from in the category of Electrical Performance of Integrated Systems.

This prestigious annual award has been presented to Prof. Han and his co-authors, Prof. Madhavan Swaminathan of Georgia Techand Jongwoo Jeong, who  is Prof. Han’s former Master’s student at UNIST and is now a researcher at LG Electronics in South Korea.

The IEEE CPMT Best Paper Awards are presented annually by the IEEE Components, Packaging, And Manufacturing Technology (CPMT) Society for the best papers published in the IEEE Transactions on Advanced Packaging and in the Transaction on Components and Packaging Technologies during the previous calendar year.

This year’s Best Paper Award was based on their previous publication, entitled “Modeling of through-silicon via (TSV) interposer considering depletion capacitance and substrate layer thickness effects,” which appeared in January 2015 issue of the IEEE Transactions on Components, Packaging, and Manufacturing Technology.

In this study, Prof. Han and his colleagues presented an improved electromagnetic modeling method for TSVs to support the recent progress in 3D integration based on through-silicon via (TSV) technology.

According to the research team, this improved EM modeling method for TSVs demonstrate the capability of handling large number of TSV structures. The proposed method shows both accuracy and computational efficiency, and it is also capable of analyzing an array composed of over 100 TSVs,

“When compared with the existing TSV models, the improved EM modeling method for TSVs is regarded as being the most complete,” says Prof. Han. “This method is not only expected to facilitate the extended application of 3D Integration Technology, but is also applicable to the next-generation semiconductor packaging technology.”

He adds, “I am deeply honored to receive this prestigious award from IEEE CPMT Society and also to be recognized as one of the world’s leading scholars in the field of Electronic Packaging.”

The award ceremony for the 2015 IEEE CPMT Best Paper Award will take place during the annual Electronic Components and Technology Conference (ECTC), which will be held at the Cosmopolitan of Las Vegas, Las Vegas, Nevada, USA, during May 31 – June 3, 2016.