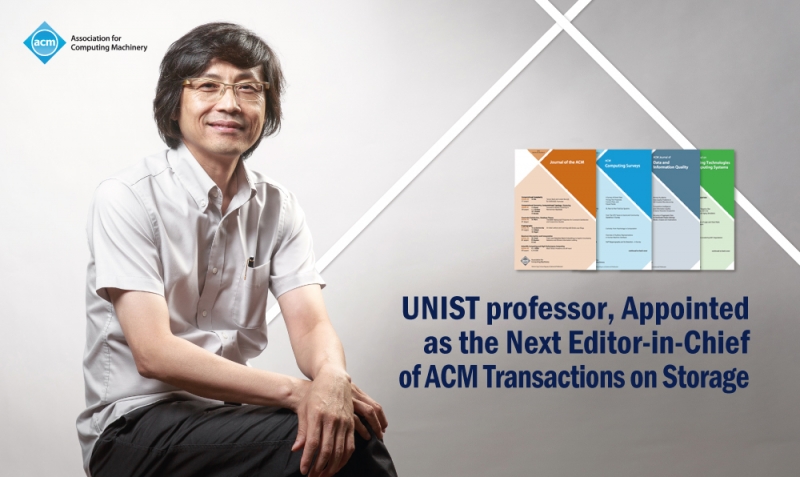 Prof. Sam H. Noh of Computer Science and Engineering, appointed by the world's largest computing society as the next Editor-in-Chief of the ACM ToS journal beginning 1st of August, 2016.

As the new Editor-in-Chief of ACM ToS, Prof. Noh will serve a three-year term starting August 1, 2016.

Sam H. Noh, UNIST Professor of Computer Science and Engineering, has been selected by the Association for Computing Machinery (ACM) to be the next Editor-in-Chief of the journal ACM Transactions on Storage (ACM ToS).

The ACM, founded in 1947, is the world’s largest and most prestigious scientific and educational computing society. To be appointed by the ACM Publications Board, the editor must be a leading researcher in the field and have extensive experience serving on conference program committees and journal editorial boards. Prof. Noh, as the new Editor-in-Chief, began his new responsibilities for a three-year term, beginning August, 2016.

The ACM Transactions on Storage (ToS), is part of the prestigious ACM Transactions series of journals, is the premier journal for publishing advancements in storage research and practice. It is a peer-reviewed comprehensive journal, focusing on storage, an area of ever increasing importance.

Prof. Noh states, “I feel deeply honored and privileged to have been selected as the next Editor-in-Chief of the premier journal that considers the full spectrum of issues involved in creating highly efficient data storage systems.” He adds, “This appointment is especially meaningful for me, as it is quite rare to see someone from a Korean institute to be appointed as the Editor-in-Chief of an ACM journal”.

Professor Sam H. Noh joined the UNIST faculty in 2015 after working at the George Washington University and Hongik University for the last 22 years.