UNIST is pleased to announce that it has received KRW 30 billion endowment from Duksan Group Chairman Junho Lee. An agreement ceremony was held to commemorate and display gratitude for Deoksan Group of the significance of this gratuitous donation. The ceremony took place at the Koreana Hotel in Seoul on November 4, 2021. 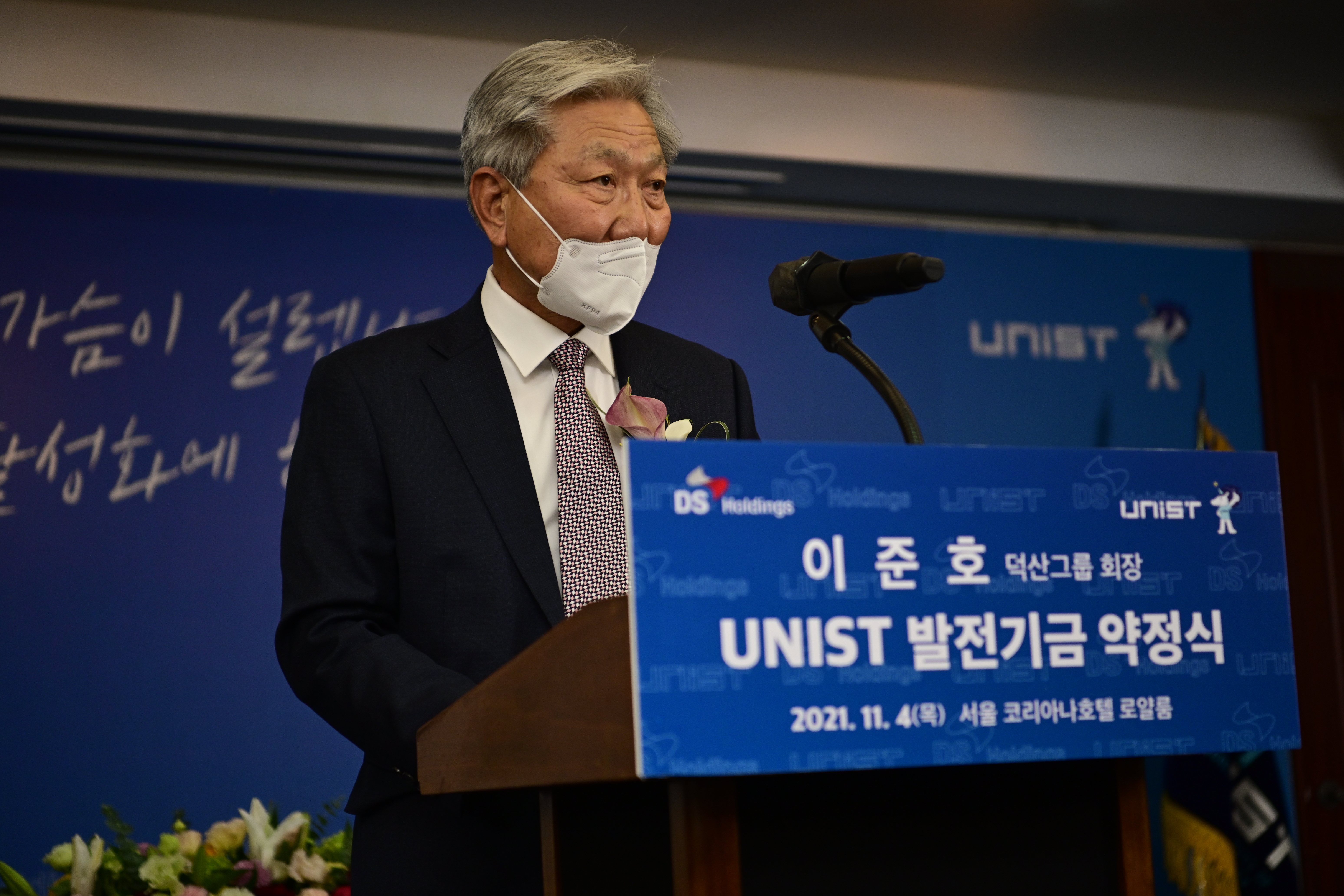 Chairman Lee requested UNIST to use this endowment fund towards establishing a new innovation model to revive the local economy by fostering local talents and revitalizing youth start-ups in Ulsan.

This donation has been the largest since the establishment of UNIST. This is also significant, as Ulsan’s representative local company took the lead in the growth and development of UNIST, which has been a long cherished desire of Ulsan citizens.

“I was deeply impressed by UNIST’s efforts to open the first graduate school of semiconductor materials and devices engineering in Ulsan and take the lead in human resources training and research and development,” said Chairman Lee. “So I have decided to donate because I wanted to actively participate in this meaningful journey that will change Ulsan’s industrial landscape.” 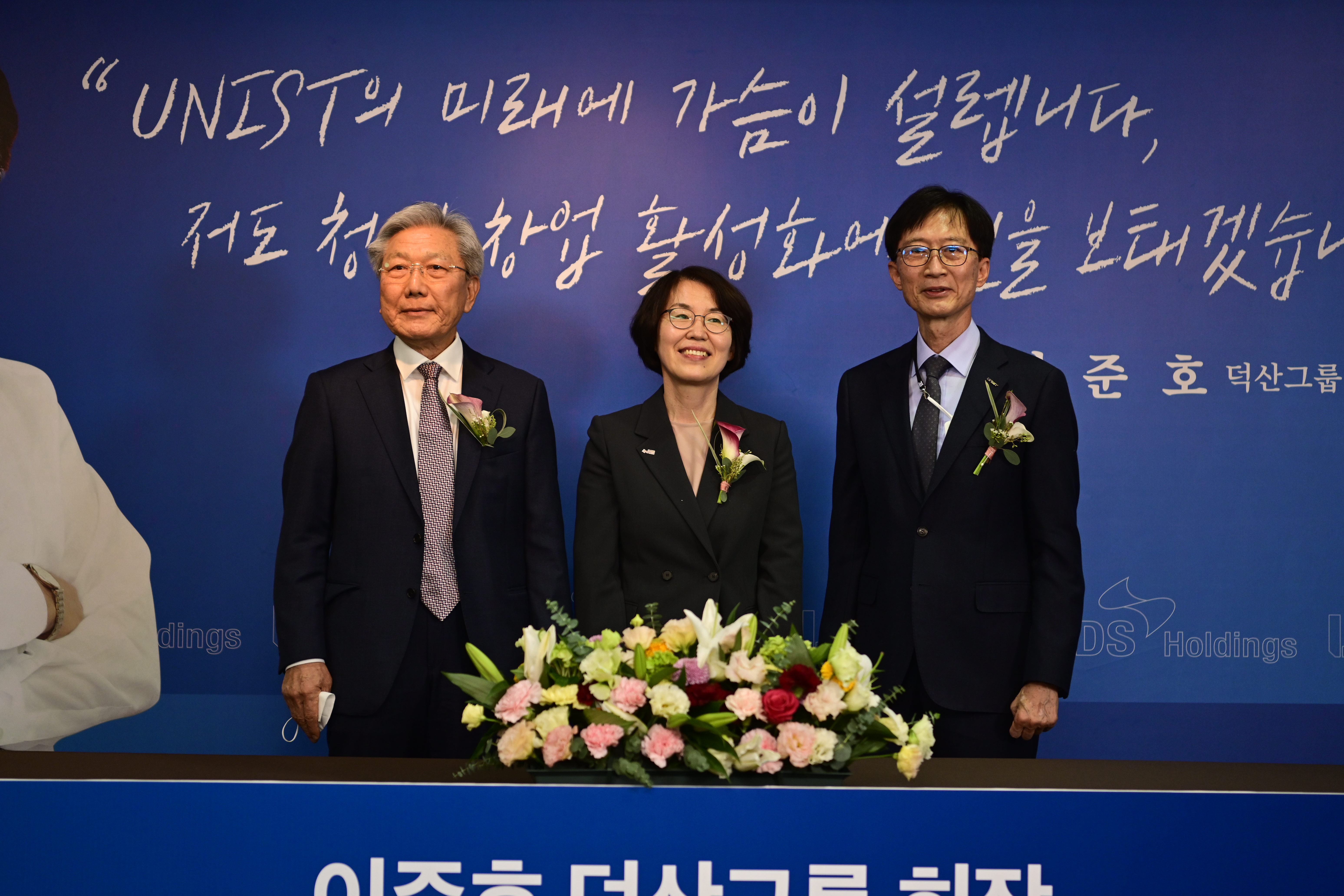 UNIST plans to establish UNIST Challenge Convergence Building (tentative name) with this donation. This will become a space where future talents who will grow into ‘BTS in Science and Technology’ can receive innovative education in all fields of science and technology and start their own businesses freely.

Minister of Science and ICT Hyesook Lim made the following remarks while attending the ceremony. “Donations from the industry have a great significance in that the local community fosters talent and begins a virtuous cycle in which the region innovates and develops with those talents.” She added, “I believe Deoksan Group’s donations will greatly contribute to UNIST’s development as a world-class university and promotion of regional innovation. The Ministry of Science and ICT will also actively support fostering excellent local talents and revitalizing youth start-ups.” 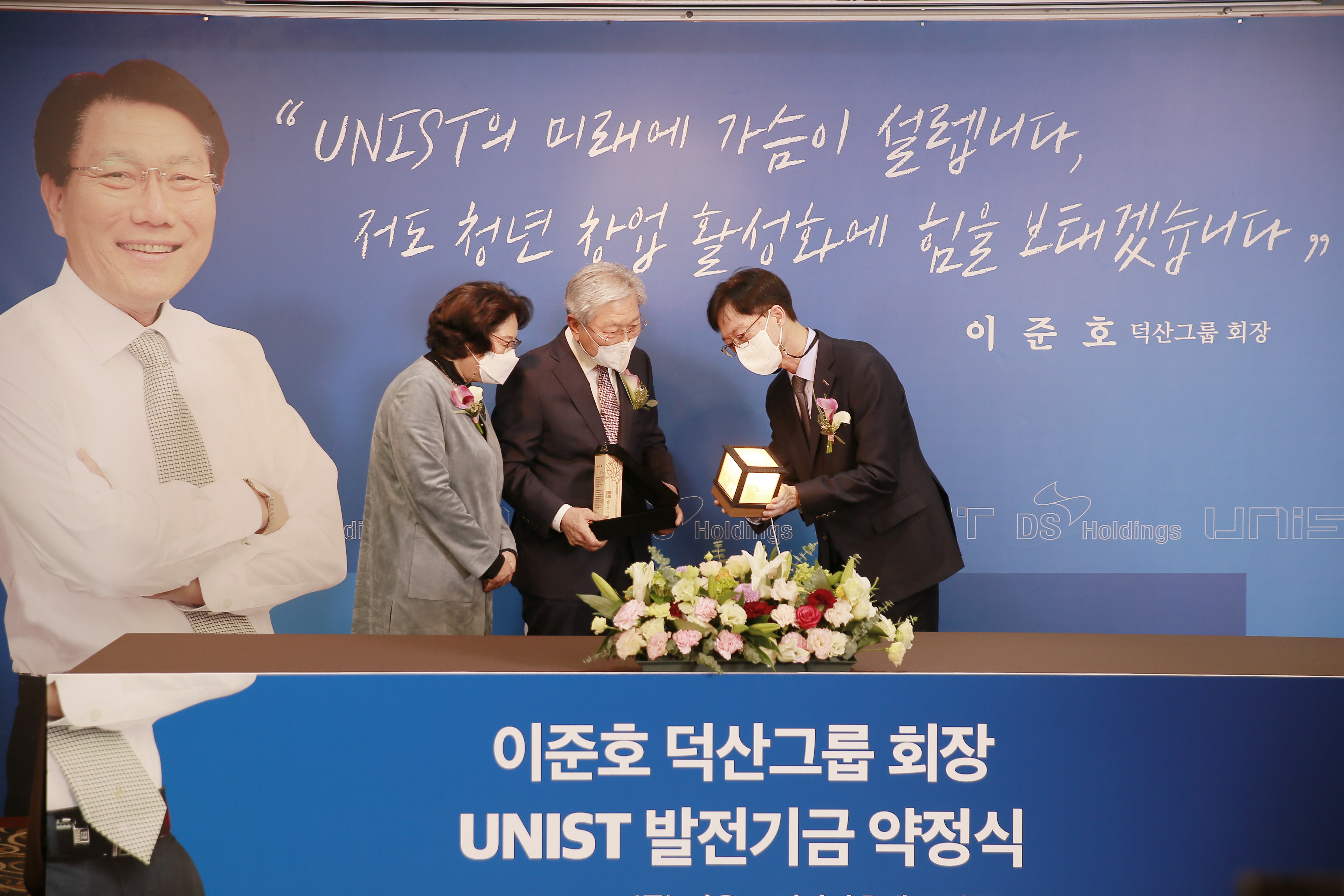 UNIST plans to come up with various ways to meaningfully honor Chairman Lee, such as creating a donor recognition wall, naming the Challenge Convergence Building after its major donor, and conferring an honorary degree on him.

Meanwhile, UNIST, which received its first freshman in 2009, marks its 12th anniversary this year. Although its history is short, it is attracting attention based on its outstanding research skills and start-up performance. It has been ranked 5th nationwide in the 2021 Times Higher Education (THE) World University Rankings. Besides, in the latest Times Higher Education (THE) Young University Rankings 2021, which lists the world’s best universities that are 50 years old or younger, UNIST has been ranked 10th in the world. Besides, it has consistently emphasized the importance of technology start-ups. As a result, 126 companies, including 57 faculty start-ups and 69 student start-ups, have been produced so far. The value of these companies is around KRW 687.1 billion.