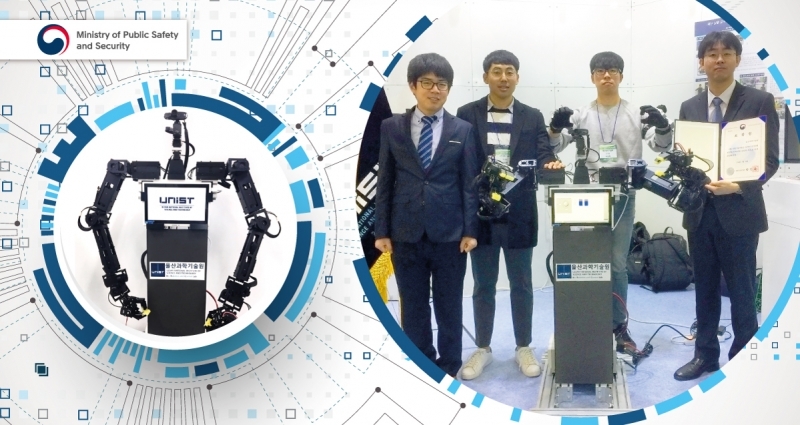 Prof. Joonbum Bae 's tele-operation robot will be displayed and demonstrated at K-Safety Expo until Nov. 18, 2016.

A research team, led by Professor Joonbum Bae of Mechanical and Nuclear Engineering has recently been honored with a commendation from the Minister of Public Safety and Security (MPSS) from the 2016 Korea Disaster Safety Technology Award contest.

Professor Bae and his team received the award in recognition of their groundbreaking project to develop collaborative rescue robots that can be actually deployed on the field. The award ceremony took place at KINTEX on November 16, 2016.

Their introduced humanoid avatar robots for disaster response is comprised with a teleoperating system with a wearable interface where the robot hand replicates human hand motion, and feedback algorithm between the robot and the human. 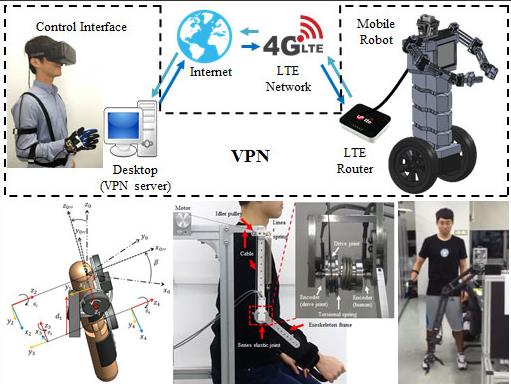 Professor Bae is currently working on the development of next-generation robotic systems for disaster environments with emphasis on control. The research team hopes to find ways to apply fundamental robotic technologies to humanitarian assistance and disaster relief tasks in the three categories of robot platforms, human-robot interaction and control, and modeling of a disaster environment.

They expect that their tele-operation robot will play a big role in carrying out relief operations in case of natural disasters, such as nuclear accidents, conflagrations, and building collapse.

“Robotic technologies are used in various fields including the manufacturing and service sectors,” Professor Bae said. “We hope to contribute to further developing and expanding bilateral cooperation in the robotics area by developing robot technologies that is capable of handling disasters that restrict human access.”

The Korea Disaster Safety Technology Award recognizes scientists who have made outstanding contribution to their particular field. Three major awards are given at the contest, including the Presidential Citation, the Prime Minister’s Commendation, as well as the Minister of Public Safety and Security Commendation. There were only eight organizations in the nation recognized by this year’s competition.