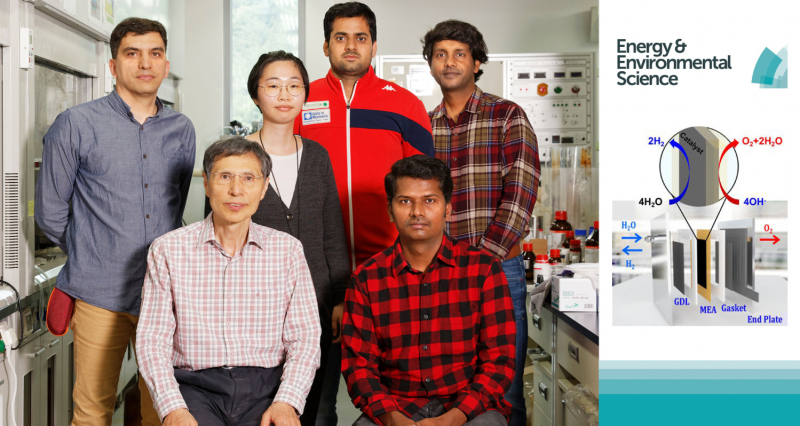 A research team, led by Distinguished Professor Kwang S. Kim in the Department of Chemistry at UNIST has unveiled a novel catalyst has been developed to accelerate the overall reaction of water electrolysis, a promising option for the production of hydrogen. l Image Credit: Kyoungchae Kim

Their findings have been published in Energy & Environmental Science on May 27, 2020.

A novel catalyst has been developed to accelerate the overall reaction of water electrolysis, a promising option for the production of hydrogen. Through this, potentially more efficient hydrogen production may be attained.

Electrolysis of water is the decomposition of water (H2O) into oxygen (O2) and hydrogen (H2) gas due to the passage of an electric current. Here, the reactions of both hydrogen and oxygen occur simultaneously. The problem is that the entire reaction proceeds in response to the reaction of oxygen, which is characterized by a very slow kinetics. Therefore, the slower the reaction kinetics of the OER becomes, the rate of hydrogen production, related directly to the amount of hydrogen being produced, also slows down.

Figure 1.  Schematic illustration of the synthesis of NiFe-BTC-GNPs MOF.

To solve this issue, the researchers used MOF-derived electrocatalysts for the synthesis of an efficient oxygen-evolving catalyst. MOFs comprise metal ions or metal clusters linked by organic ligands into network structures, like the reinforcing steel bars for building armature. They are considered as promising candidates for electrocatalysts due to their ultra-high surface area, tunable pore/channel structures, and abundant metal single-atom active sites. Significantly, the combination of accessible active sites (metal ions/clusters) with tunable pore structures allows a higher percentage of active site utilization compared to typical heterogeneous catalysts.

“Most of the MOFs suffer from the drawback of low electrical conductivity and relatively poor stability,” says Pandiarajan Thangavel (Doctoral Program in Natural Sciences, UNIST), the first author of the study. “With the use of mechanically strong and highly conductive graphene, we were able to overcome those shortcomings, and thus develop an efficient oxygen-evolving catalyst, outperforming the state-of-the-art OER catalyst IrO2.” 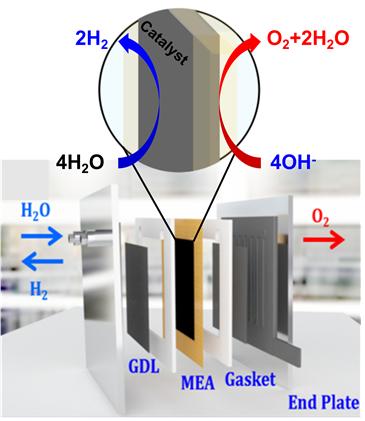 Figure 2. Schematic illustration of AAEMWE. Both graphene and MOF are embedded within the modified MEA for AAEMWE.

In the study, the research team demonstrated the scalable synthesis of earth abundant electrocatalyst bimetallic NiFe MOFs supported on graphene-nanoplatelets (GNPs), using 1,3,5-benzene tricarboxylic acid (BTC) as an organic linker. The new graphene nanoplatelets-supported NiFe-BTC MOF achieves a current density of 10 mA cm−2 at an overpotential of 220 mV on a carbon-fiber paper electrode (180 mV on nickel foam for 20 mA cm−2) with long-term durability of >1000 hours in continuous electrolysis, the best OER performance reported so far for MOF-based electrocatalysts in alkaline solution. “Remarkably, the new catalyst exhibited a record current density of 540 mA cm−2 at 1.85 V at 70 °C in AAEMWE,” noted the research team. “Also, it effectively converts solar energy to H2 without external bias when combined with commercial photovoltaics, demonstrating the feasibility of our system for energy and environmental applications.”

“Overall, our findings not only highlight the design of an efficient oxygen-evolving catalyst but also provide a new route to achieve high-stability AAEMWE for industrial H2 production.,” says Professor Kim. “[This will] open up durable, high-performance AAEMWE and direct solar-to-fuel conversion, especially to replace high-cost proton exchange membrane water electrolysis that already works with ultra-pure water.”