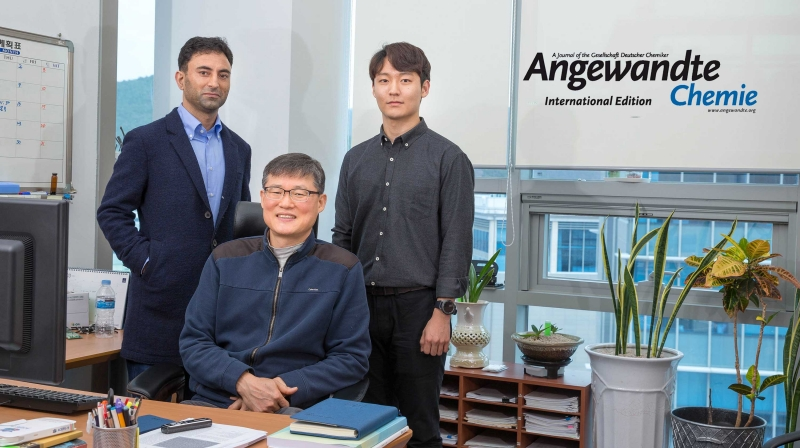 Their findings have been published in Angewandte Chemie, the leading international chemistry journal.

Hydrogen is the lightest and the most abundant element in the universe. It is also a clean-burning fuel in that when combined with oxygen in a fuel cell, it produces no harmful byproducts upon combustion. Indeed, the only byproducts, generated from the hydrogen-powered fuel cells are pure water and heat. However, as hydrogen is volatile in its gas or liquid form, storing it remains a major challenge in realizing hydrogen economy.

A research team, affiliated with UNIST has solved this issue by synthesizing novel materials with high gas-uptake capacity. This breakthrough has been led by Professor Jong-Beom Baek and his research team in the School of Energy and Chemical Engineering at UNIST. 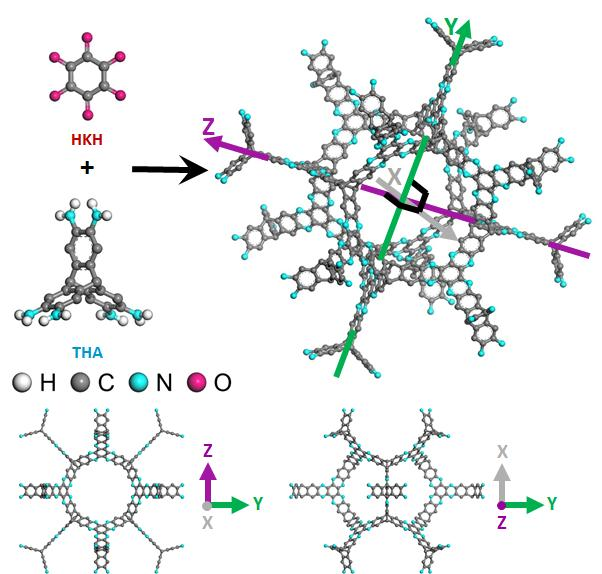 Illustration of the robust 3D-CON structure. THA and HKH in ethylene glycol and acetic acid (3m) mixture were used to form the 3D-CON.

“Unlike the storage of other gases, hydrogen requires special attention for the choice of the materials with suitable hydrogen storage properties,” says Professor Baek. “Although tremendous efforts have been devoted to the research and development of novel hydrogen storage materials, organic materials was found to be the most stable of all.” He adds, “Besides, the adsorption capacity values for 3D-CON were found to be among the highest compared to most of the organic porous materials (OPMs) previously reported.”

In the pursuit of high-performance OPMs, the research team employed a strategy based on insights from the C2N structure to realize a uniformly microporous robust 3D-CON structure by the condensation of tetrapod-shaped THA and hexagon-shaped hexaketocyclohexane (HKH).

The resulting cage-like porous aromatic frameworks exhibited excellent gas adsorption property, owing to the narrow ultramicroporous pore size distribution and robust fused-aromatic framework. Besides, unlike the existing 3D organic frameworks, the structure of resulting material is highly stable in a practical range of thermal and physiochemical conditions. The team anticipates that it will soon be commercialized, as it can also withstand high temperatures above 600℃. 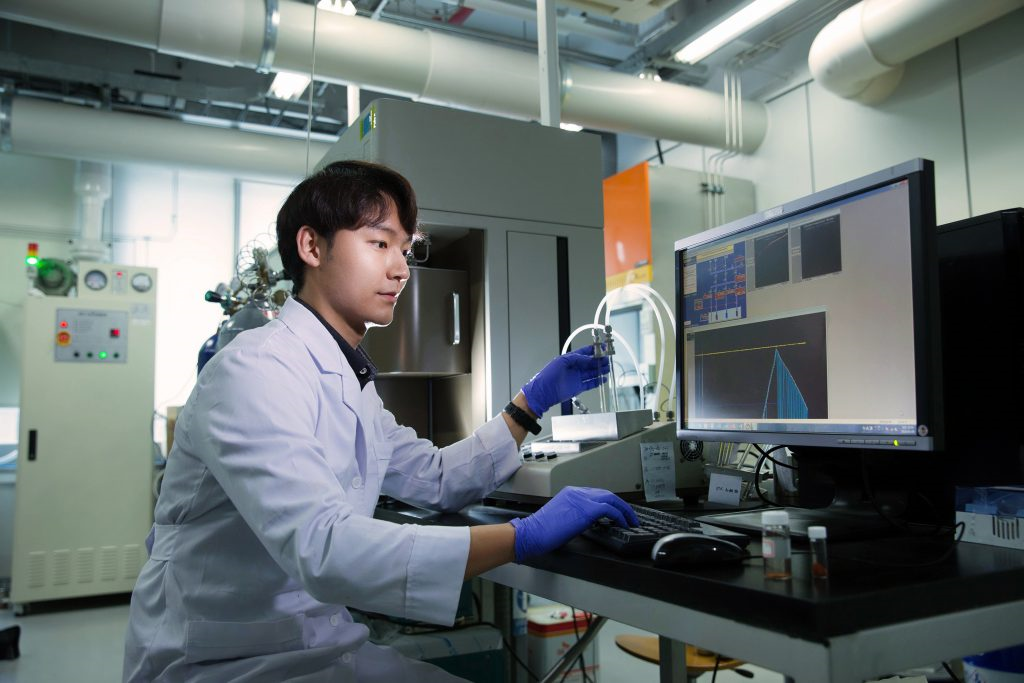 To further understand the interactions and adsorption properties of gases with the 3D-CON, the team also carried out experiments on gas uptake capacity. The results confirmed that the 3D-CON displayed outstanding low pressure hydrogen, methane, and carbon dioxide uptake with a high isosteric heat of adsorption.

“These values are among the best reported for organic networks with high thermal stability (600℃),” says Seok-jin Kim, in the Combined M.S./Ph.D. of Energy and Chemical Engineering. “The high-pressure adsorption test was conducted at the Korea Basic Science Research Institute and the performance certificate was obtained.

The study has been published in Angewandte Chemie, the leading international chemistry journal. It has been supported by the Creative Research Initiative, the BK21 Plus Project, Science Research Center (SRC), and Climate Change programs through the National Research Foundation (NRF) or Korea and by UNIST.