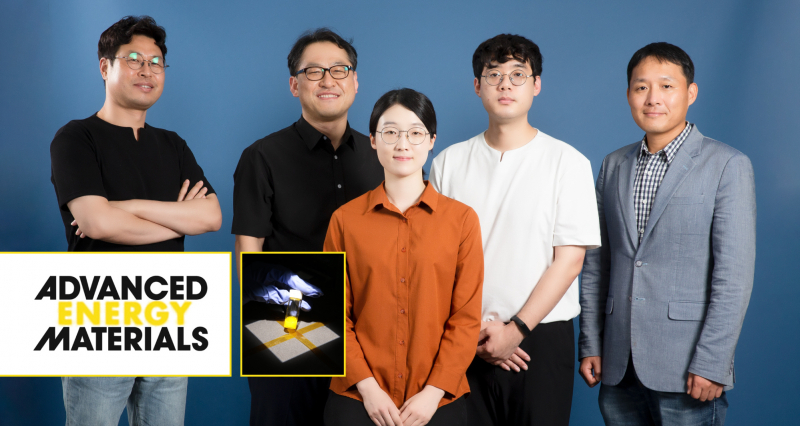 Their findings have been published in the online version of Advanced Energy Materials on September 23, 2020.

A recent study, affiliated with UNIST has unveiled a novel coating technology that could not only protect perovskite solar cells (PSCs) from humidity and ultraviolet (UV) light, but also convert UV into visible light. The new method, according to the research team, is fairly simple. Since the method only requires the application of protective coatings on a finished photovoltaic cell, it can be used regardless of the cell type, while not changing the existing manufacturing system.

A research team, jointly led by Professors Tae‐Hyuk Kwon, Kwanyong Seo, and Kwanyong Seo in the School of Energy and Chemical Engineering at UNIST has introduced a multifunctional coating material, as well as its process for PSCs. To enhance enhance UV and humidity stability as well as photocurrent generating efficiency, the research team developed a water‐repellent platinum(II) complex, namely ‘Pt-F‘ as a luminescent photon downshifting layer (PDL) for PSCs.

In their study, the research team discoverd that the introduction of Pt‐F films remarkably enhanced the stability of PSCs when UV irradiated, as well as under humid conditions, owing to their strong UV‐to‐visible conversion abilities and fluoroalkyl functional groups. This not only protects the PSCs from UV‐light‐induced degradation, but also enhances their overall photon‐to‐current conversion efficiencies.

“The Pt-F has a structure in which organic substances are attached like a “tail” (ligand) around platinum ions, which are metals, and a material (functional group) with strong water repellency is used in the tail,” says Eunhye Hwang, the first author of the study. “An organic metal that selectively absorbs ultraviolet rays and radiates it back into visible light was designed based on the density functional theory.”

According to the research team, the average PCE of the uncoated devices began to decrease rapidly after 300 h. In contrast, the performance of the PSCs coated with Pt‐F showed outstanding stablity over 900 h, with no noticeable decrease in performance, even under continuous UV irradiation and exposure to a relative humidity (RH) of 50–60%. 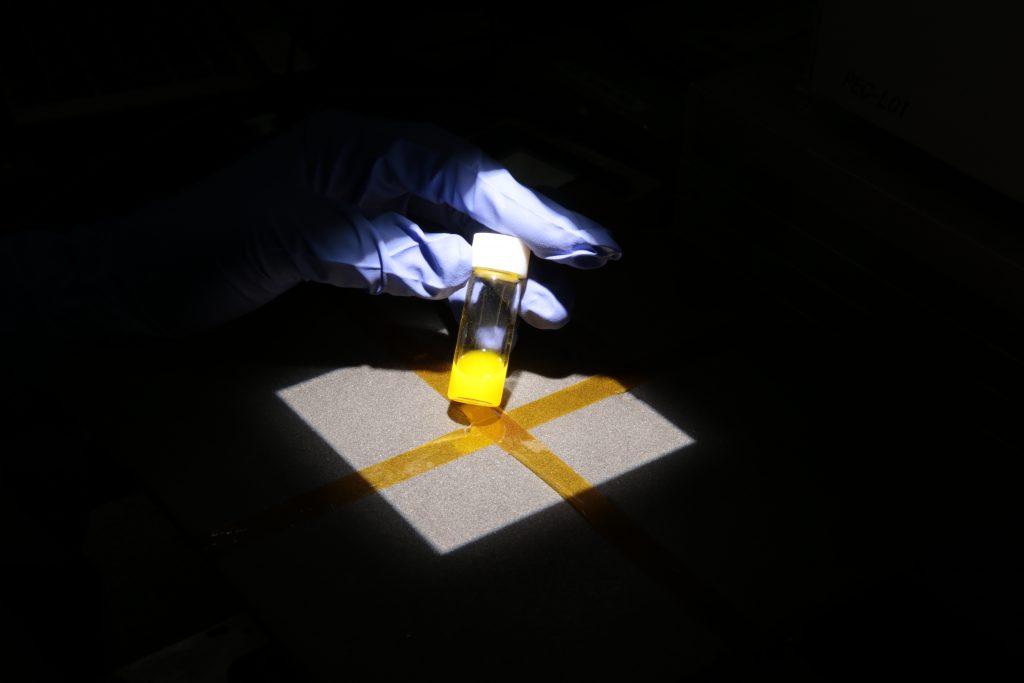 “Our findings have profound ripple effect, as it introduces a solution to tackle the intrinsic instability issue of PSCs, while improving efficiency,” says Professor Seo.

The research team also proposed an easy and cost-effective coating method to fabricate the Pt-F PDL. They proposed a new strategy for improving both the performance and stabilities of PSCs by the simple USD of a water‐repellent photon downshifting Pt(II) complex. Unlike the existing methods, a USD coating of water‐repellent Pt‐F can cover both the top and side surfaces of a PSC, thereby functioning as an efficient photon downshifting layer and a kind of “chemical edge sealant” that enhances the humidity stabilities of PSCs, noted the research team. “The new method considered economical efficiency (about US$2.0/m2) with minimal processing,” says Professor Jang.

“The fact that the Pt-F PDL was fabricated via a one-step deposition method is of great significance,” says Professor Kwon. “In addition, it is also worth noting that the extensive applicability of the PDL was demonstrated for various PSC devices.”

The findings of this research have been published in the online version of Advanced Energy Materials on September 23, 2020. This research has been supported by the National Research Foundation of Korea (NRF), Korea Energy Technology Evaluation and Planning (KETEP), and UNIST.