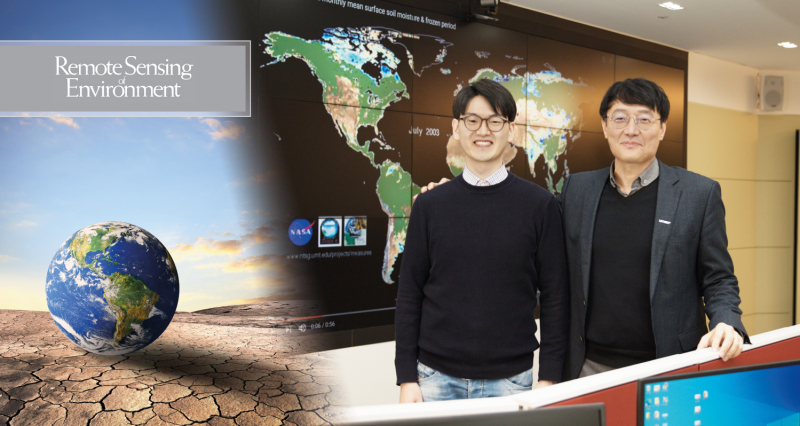 Professor Myong-In Lee and Dr. Eunkyo Seo from the Department of Urban and Environmental Engineering at UNIST, in collaboration with NASA Goddard Spaceflight Center, have unveiled a novel technology that can be used to monitor near real-time drought conditions.

Their findings have been published in the December 2020 issue of Remote Sensing of Environment.

An international team of researchers, affiliated with UNIST has unveiled a novel technology that can be used to monitor near real-time drought conditions. They have achieved this by improving the accuracy of satellite-based soil moisture estimates and processing vast amounts of satellite imagery rapidly and accurately.

Published in the December 2020 issue of Remote Sensing of Environment, this breakthrough has been carried out by Professor Myong-In Lee and Dr. Eunkyo Seo from the Department of Urban and Environmental Engineering at UNIST, in collaboration with NASA Goddard Spaceflight Center. Their findings are expected to be of great help for crop yield prediction and proactive fire prevention and management for large-scale forest fires.

In order to anticipate and proactively prepare for droughts, we need a technology that can provide near-real-time monitoring of drought severity (soil moisture scarcity levels). The latest satellites in the United States and Europe use microwave wavelengths for soil moisture measurements at depths of 5cm. However, its use has been limited due to temporal and spatial constraints on soil moisture observations. This is because the microwave-length radio waves used for such observation cannot reach the root zone layer, a penetration depth up to several tens of centimeters, which is essential for plant growth. Besides, the satellite rotates around the Earth nearly from pole to pole, leading to large observing gaps. 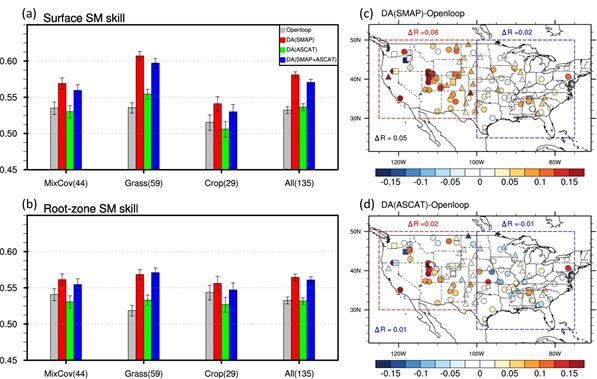