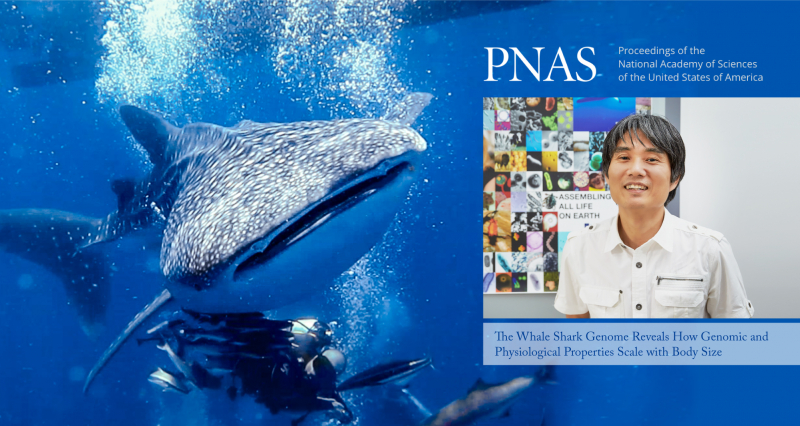 Their findings have been published in the journal PNAS.

A recent study, affiliated with the Korean Genomics Industrialization and Commercialization Center (KOGIC) at UNIST has presented the whole-genome sequence and analyses of the endangered whale shark (Rhincodon typus), the largest extant fish on Earth. The findings of this research are expected to help researchers unravel the secrets to human longevity and aging. 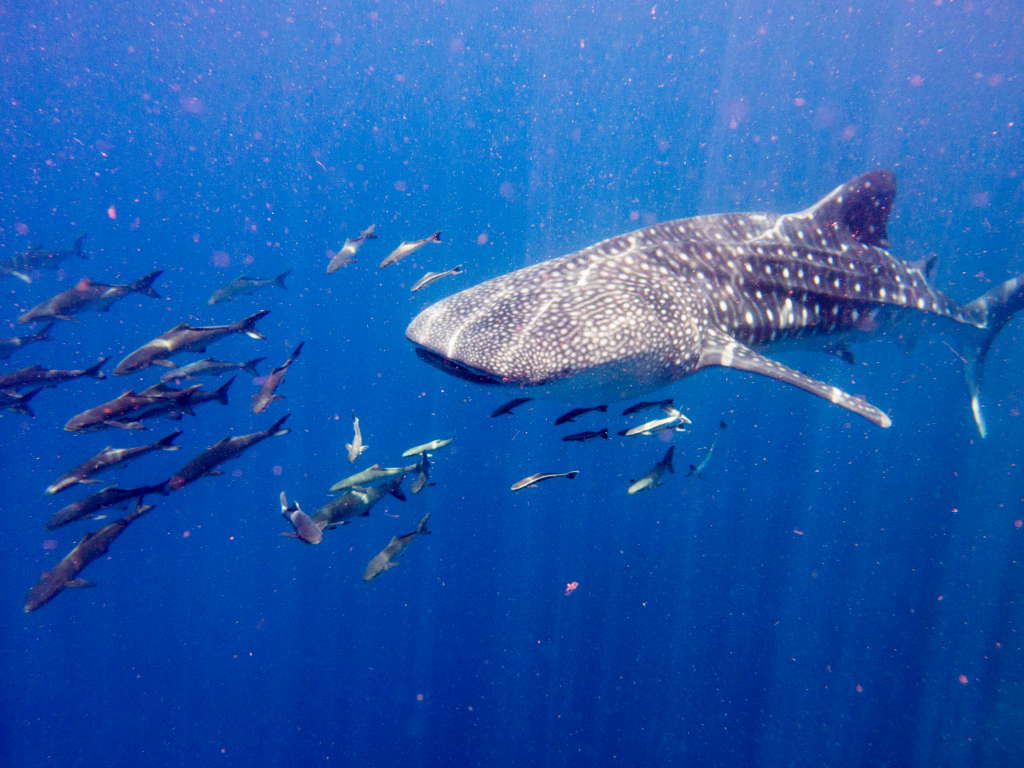 Through joint research with Harvard University, Seoul National University, Jeju National University, and Clinomix Co., Ltd., the research team at KOGIC has sequenced, assembled, and analyzed the genome of the endangered whale shark, and thus reported their study in the journal PNAS. Their findings show that a strong correlation exists between gene length and lifespan. To better understand how genomic traits correlate with physiological and ecological parameters, such as body weight, lifespan, temperature, and metabolic rate, the research team compared the whole genomes of 84 other species ranging from yeast to humans to the whale shark reference genome, which was generated based on DNA samples provided by the Hanwha Aquarium, Jeju, S. Korea. The research team also found that introns are longer in the shark genomes than in most other species. Introns are the parts of the gene sequence that are not expressed in the protein, but rather they are related to basal metabolic rate (BMR), which contributes to species longevity.

On average, whale sharks can grow to a length of 20 meters and weigh up to 42 tons. Besides, they also have an incredibly long lifespan. The estimated lifespan of whale sharks ranges from 70 to 100 years. It has been known that large species live longer because they are better at retaining heat for longer periods of time. However, the exact mechanisms underlying the longevity of whale sharks has not been identified.

According to the research team, introns are longer in the shark genomes than in most other species due to the high proportion of repetitive elements. In particular, many of those repetitive elements that show extensive regularity were found in intron regions, which indicates that introns may have an additional feature. The researchers believe that some of these features are linked to aging and longevity.

“In the whale shark genome, a striking number of CR1-like long interspersed nuclear elements, and Penelope-like repetitive elements are located in intronic regions, when compared that of other species,” says Dr. Seung Gu Park, the first author of the research. “Among the many functions of introns unveiled, we expect there to be functions that affect aging.”

Figure 3. Repetitive elements, evolutionary rate model, and flow of genes in the whale shark genome. (A) Each pie chart summarizes the lengths of predicted intronic repetitive elements (labeled at the top of pies). Values from 84 animals were averaged across six classes (Mammalia, Aves, Reptilia, Amphibia, Sarcopterygii, Actinopterygii). The whale shark and the elephant fish are listed separately. Yeast was excluded from these analyses.

In their study, the researchers sequenced, assembled, and analyzed the genome of the whale shark and compared its genome and biological traits to those of 84 eukaryotic species with a focus on gnathostomes, such as fishes, birds, and mammals. In particular, they identified scaling relationships between body size, temperature, metabolic rates, and genomic features and found general genetic and physiological correlations that span the animal kingdom. They also examined characteristics unique to the whale shark and its slow-evolving, large genome. During that process, the research team sequenced and assembled its genome de novo, thereby generating a reference genome of whale sharks that spanned almost 3.2 billion base pairs.

“Our comparative genomics approach uncovered multiple genetic features associated with body size, metabolic rate, and lifespan and showed that the whale shark is a promising model for studies of neural architecture and lifespan of different species, including humans,” says Professor Bhak.

This study has been participated by Professor George M. Church of Harvard University and Professor Jeremy S. Edwards of New Mexico University, as corresponding authors.