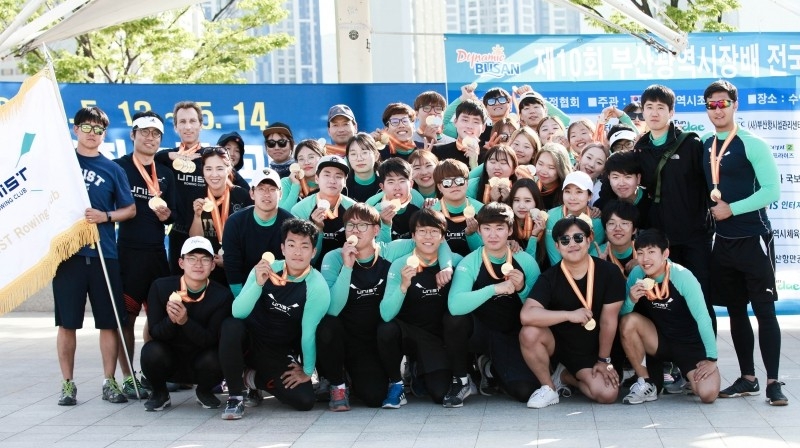 Winning the overall championship at the event for two consecutive years.

Derowing, the UNIST rowing club has won the first place at the 2017 Busan Metropolitan City Mayor Cup National Rowing Competition, ended up winning the overall championship at the event for two consecutive years.

Attended by 400 amatuer atheletes and student-atheletes from 12 universities throughout the nation, the event took place from the 13th to 14th near APEC Naru Park in Busan.

In this two-day long rowing competition, UNIST was able to collect 4 Gold medals, 4 Silver medals in the eight and the seven other categories. The indoor rowing machine was also used as a tool to challenging oneself, both physically and mentally to row the 2000 meters piece as fast as possible. During the course of the event, the team has also earned eight medals — five gold, two silver, and one bronze at the indoor sprint rowing races. 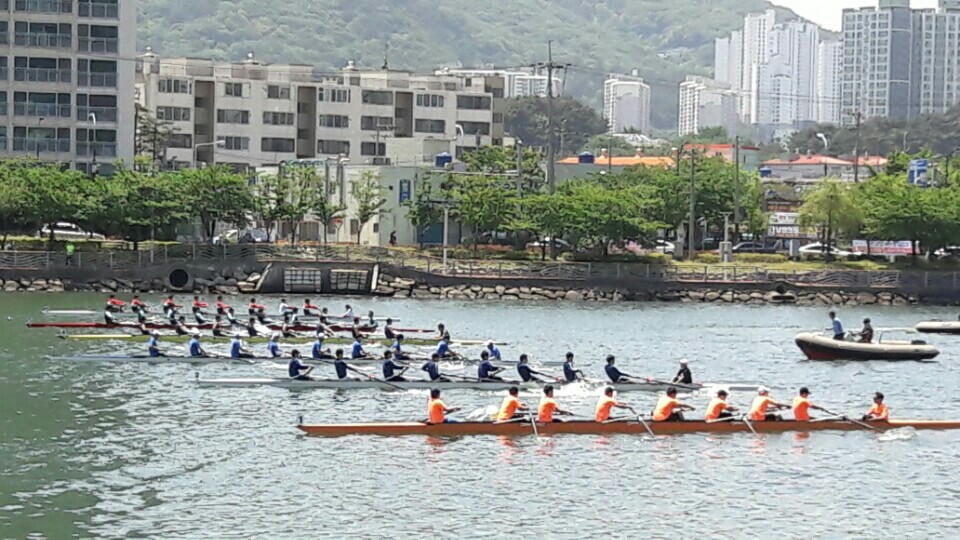 The 2017 Busan Mayor’s Cup Rowing Tournament took place from the 13th to 14th near APEC Naru Park in Busan.

In a sport where teamwork is so crucial, the Taehwa River was the perfect bonding place for the UNIST rowing team. In addition to taking boats out and rowing on the water, the team spent hours training on rowing machines at gym to build up their endurance. “Although exhausting, the training program proved to be beneficial in the end,” according to the team.

“I am extremely proud of our accomplishments and feel proud to be a part of such a great group of people and rowers,” says DaeYeon Kim of Electrical and Computer Engineering, the leader of Derowing. “All our rigorous training, spent under the hot Taehwa sun, have finally paid off.”

The UNIST Rowing Club is a registered club sport, affiliated with UNIST. The club consists of students, faculty and staff who love to row, have fun, and get some fantastic exercise. The club was formed in 2013 and currently has 88 members, including 20 faculty members. The club boasts 5 racing boats and 1 rescue boat. The primary objectives of the club are to foster and promote the sport of rowing at all levels.