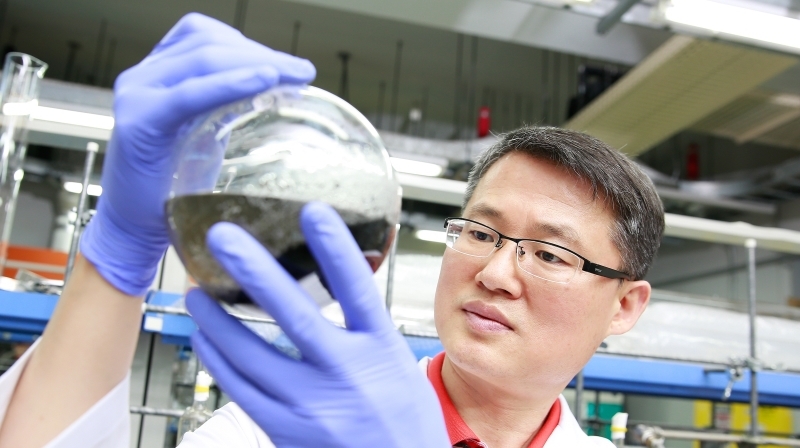 The recent breakthrough by Prof. Jong-Beom Baek (School of Energy and Chemical Engineering) and his team of a new mechanism that can produce a low-cost and reusable electrode material for fuel cell by selectively plating antimony with graphene has been chosen as one of the top 10 amazing scientific discoveries of 2015 by KOFST.

A schematic showing the SbGnPs structure, being prepared by ball-milling graphite in the presence of solid antimony (Sb) in a ball-mill crusher.

For this year, the selection committee has shortened the list to a total of 32 candidates from the latest breaking science and technology news and research results from December 1, 2014 to November 30, 2015. The 10 winners have been carefully chosen through the the evaluation of the selection committee, consisting of experts in each field of science and technology, as well as the results of public voting poll via KOFST’s official online website.

Since 2005, KOFST has been nominating top 10 news headlines every year to inspire an interest of the general public in science and technology. The winners of the Top 10 Science News of 2015 have been announced on the afternoon of December 24, 2015 and Prof. Baek’s Sb-doped graphene nanoplatelets (GnPs), published in Nature Communications was included in the top 10 finalists.

Prof. Baek states, “I am deeply honored to be named one of the top 10 scientific discoveries of 2015 by KOFST.” He continues by saying, “This breakthrough technology is expected to provide new insights and practocal methods for designing stable carbon-based electrocatalysts and accelerate the commercialization of graphene, thereby contributing greatly to the supply of industrial materials.”