Home All News People UNIST Students Distinguished Themselves at the 2022 KSCE UCC Competition! 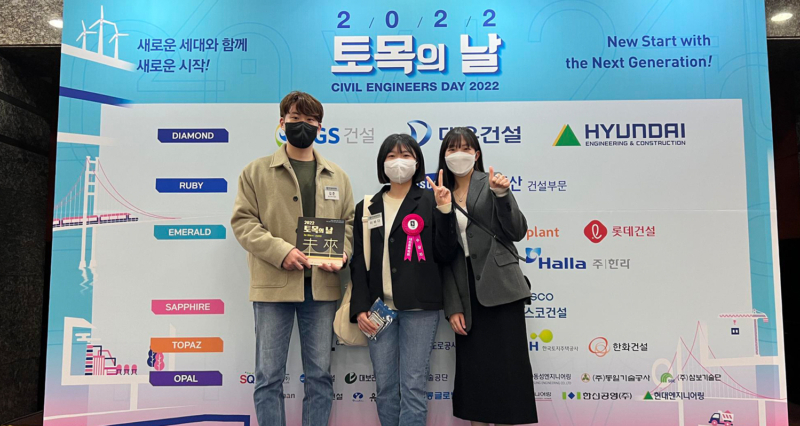 UNIST Students Distinguished Themselves at the 2022 KSCE UCC Competition!

UEE students made a splendid achievement of winning the grand prize at the 2022 KSCE UCC Competition!

A group of students from the Department of Urban and Environmental Engineering at UNIST made a splendid achievement of winning the grand prize at the recent ‘Civil Engineering UCC Competition‘.

The three students formed a team, named UNICORN and produced a video on the topic of ‘Does cement-free concrete exist? Non-cement Concrete.’ They prepared the contents of the video themselves, wrote the script, and submitted the work after filming and editing.

Professors Myoungsu Shin and Sukhoon Pyo from the Department of Urban and Environmental Engineering at UNIST also partook in this video to add depth to the content. To improve the quality of the video, students also had face-to-face meetings with researchers in related fields and asked for their advice.

Video submissions were accepted from January 3 to March 10, 2022. With a thorough screening process, only 10 were selected. The works submitted have been evaluated based on the following criteria: Utilization, ease of understanding, completeness, originality, and length.