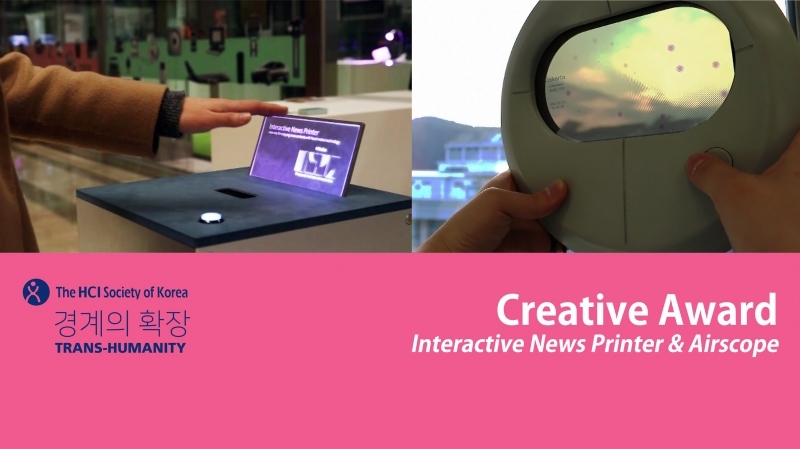 UNIST has been recognized for its design excellence as it hauled one Grand prize and one Excellence award in the HCI (Human Computer Interaction) Korea Creative Awards 2018.

The HCI Korea is the most popular and respected academic conference in the field of Human-Computer Interaction (HCI), held annually by the HCI Society of Korea since 2013. The award ceremony took place at High 1 Ski Resort in Gangwon Province on February 2, 2018. There were three categories of awards given this year, including Creative Award, Interactive Art, and App Marketplace.

The Creative Award is presented to those with outstanding work of art, combined with high technology (1 Grand Prize, 1 Excellence Prize, and 2 Innovation Merit award). In this year’s academic conference, two of the four award-winning works were presented to UNIST students.

Interactive News Printer: Allowing users to print any latest news that they want to cherish, in the form of postcards 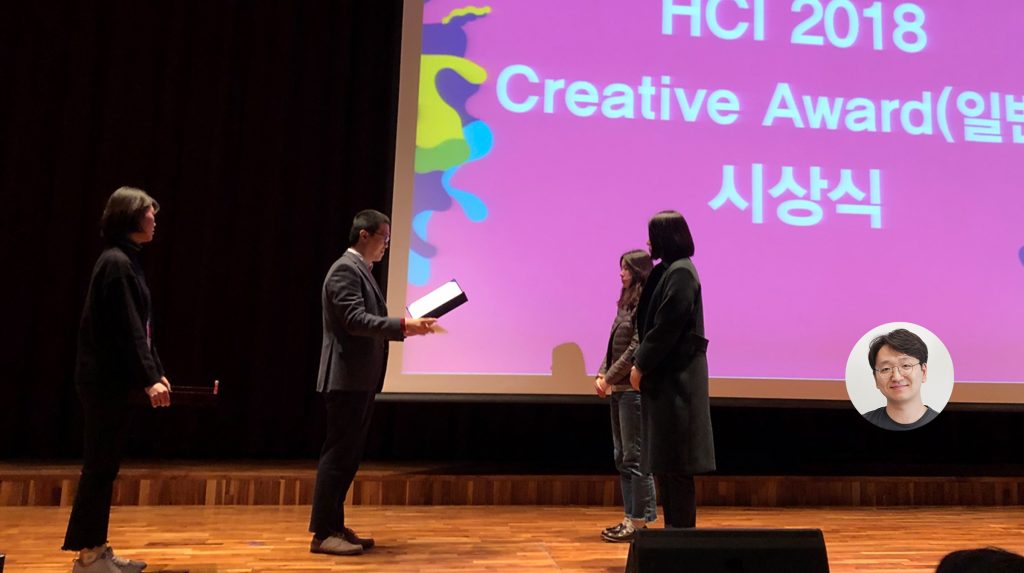 The grand prize winning team—comprised of WonYoung Park, Han Byeol Lee, and their advisor Professor Young-Woo Park in the Graduate School of Creative Design Engineering—was praised highly at the ceremony for their work. This device allows the users to print any latest news on screen, which they want to cherish, in the form of postcards.

This innovative gesture-based editing system consists of a hand gesture recognition sensor and a screen that displays the edited news based on hand gestures. The system detects the gestures and the movements of the hands of a user in front of a sensor mounted on the screen. This allows users to change the background appearance of their graphics area to their likings. 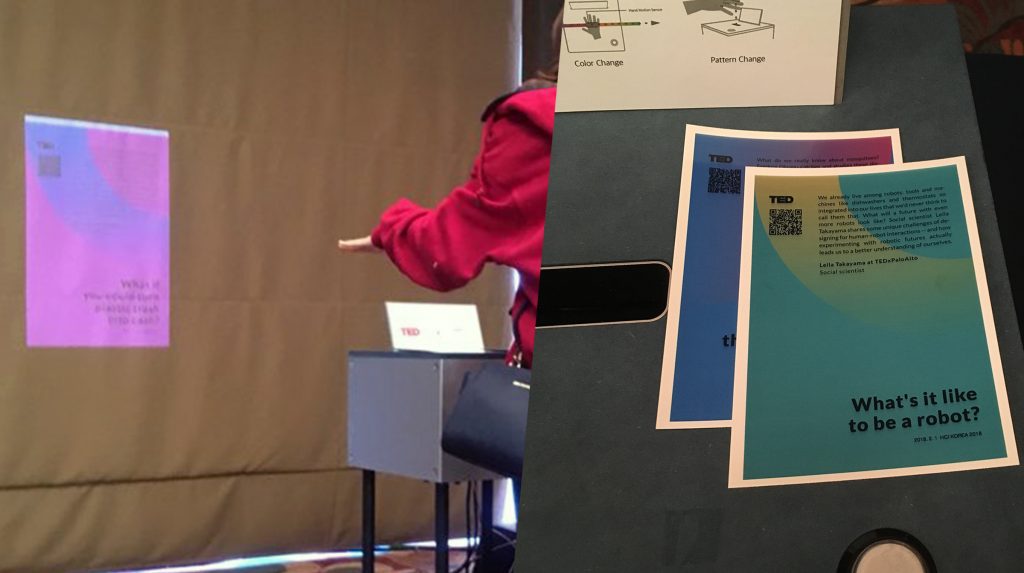 Interactive News Printer allows the users to print any latest news on screen in the form of postcards.

“Interactive News Printer offers users the possibility to store and collect news contents that might be easily forgotten,” says Professor Park. “Our product employs hand-driven human-computer communication, in which humans and computers communicate through hand gestures to edit news contents.” He adds, “This shows the importance of Interaction Design (IxD) in process of collecting news contents, thereby making news more accessible to the general public.” 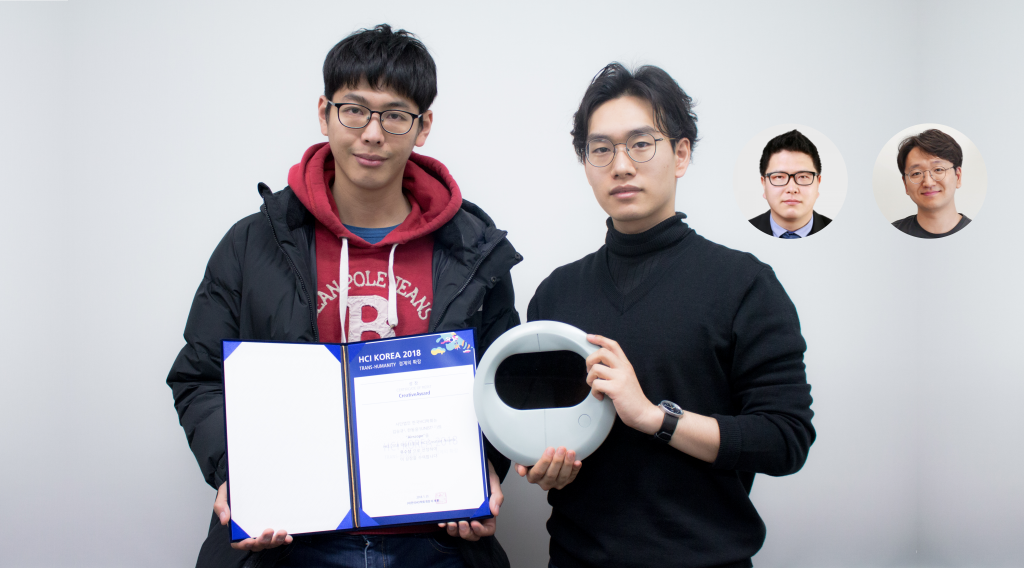 Airscope: A tangible device for exploring fine dust levels of major cities around the world

This innovative device augments a density of the fine dust to be actual space using transparent display, which enables more intuitive understanding of the air quality. With this device, users can easily obtain detailed information about air quality in strategic locations across the world. When the button is being pressed, the world map appears on the display. Here, users can choose to view the current level of fine dust particles in cities around the world by simply moving the cursor to the desired location and releasing the button. 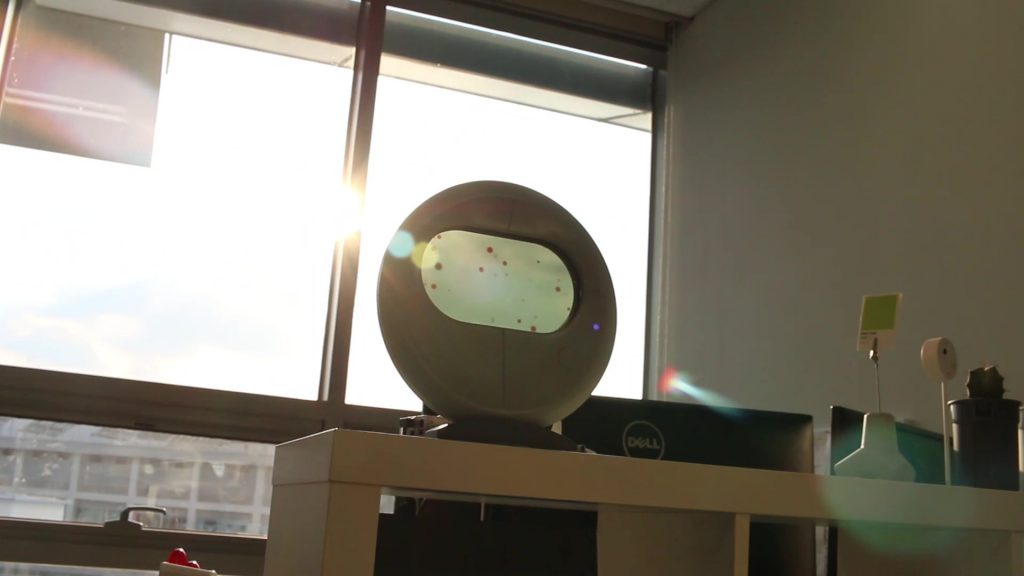 Airscope: A Tangible Device for Exploring Fine Dust of Cities Around the World.

“AirScope provides users with an opportunity to intuitively understand and explore the severity of fine dust. “By visualizing microscopic dust in a specific city, which appears as augmented reality in the user’s surroundings, A design that reminds you of the importance of a visualizable interface,” says Professor Park.

The 2018 HCI Korea Creative Award aims to introduce the current state of research and development in HCI, such as augmented reality, wearable devices, and robotics. The conference has attracted 1,800 participants this year, including HCI-related start-ups, as well as big conglomerates, like Samsung, LG, Hyundai Motor, and IT giant Kakao.