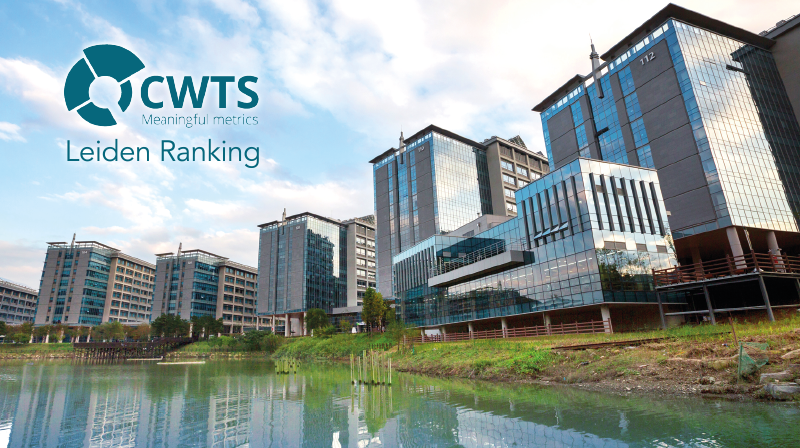 UNIST has maintained its position as South Korea's No. 1 university, according to the 2020 edition of the CWTS Leiden Ranking. l Image Credit: Kyoungchae Kim

UNIST has been ranked 36th globally and 1st in South Korea in this year's CWTS Leiden ranking.

UNIST continues to be recognized as an elite engineering and science school worldwide, according to the latest Centre for Science and Technology Studies (CWTS) Leiden Ranking, released in May of this year.

The CWTS Leiden Ranking is published by the Centre for Science and Technology Studies (CWTS) at Leiden University in the Netherlands and is based entirely on data provided by the Web of Science of Clarivate Analytics.

In the earlier edition of the Leiden Ranking, UNIST was incorrectly not included. The updated 2017 edition of the Leiden Ranking, released about a week ago (19 June), ranked UNIST as the top university in South Korea and 36th worldwide in regard to publication output for 2017 with its 2016 and 2011-2012 ranking and its quality rankings of number of publications (“P (top 10%”) and proportion of publications (“PP (top 10%”) of top 10% papers. 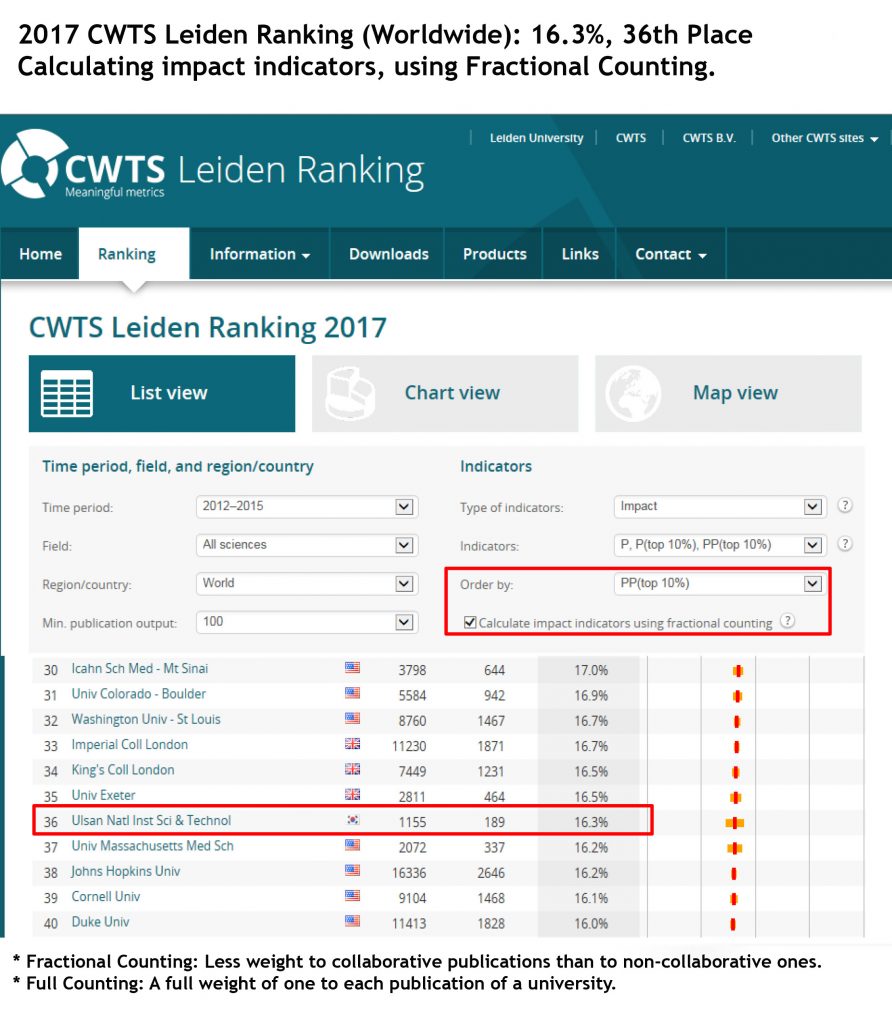 The 2017 CWTS Leiden Ranking system differs from others in that it separately reports scientific impact and collaboration rather than aggregating many dimensions of university performance into a single rank. 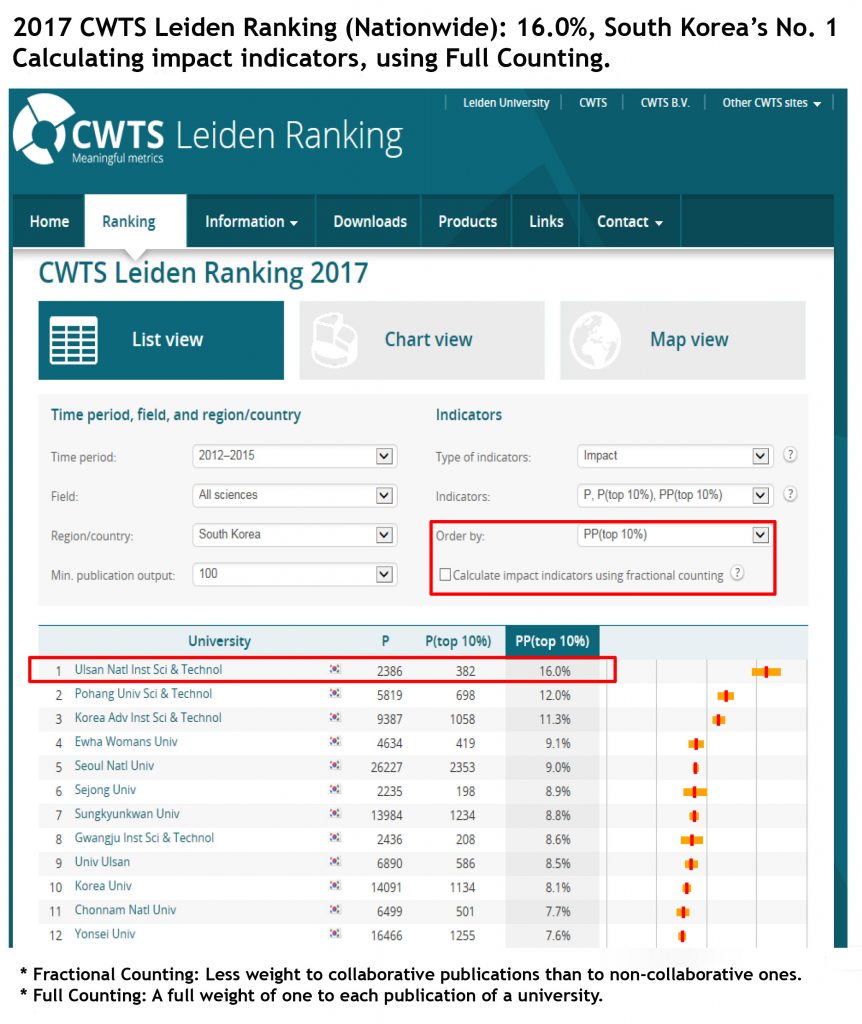 In terms of the number and the proportion of scientific publications that, compared with other publications in the same field and in the same year, belong to the top 10% most frequently cited, UNIST (16%) was ranked as the nation’s top university by 2017 CWTS Leiden Ranking. This result was based on the Fractional Counting method and it was higher than those of POSTECH (12%), KAIST (11.3%), Ewha Womans University (9.1%), and Seoul National Univesity (9.0%).