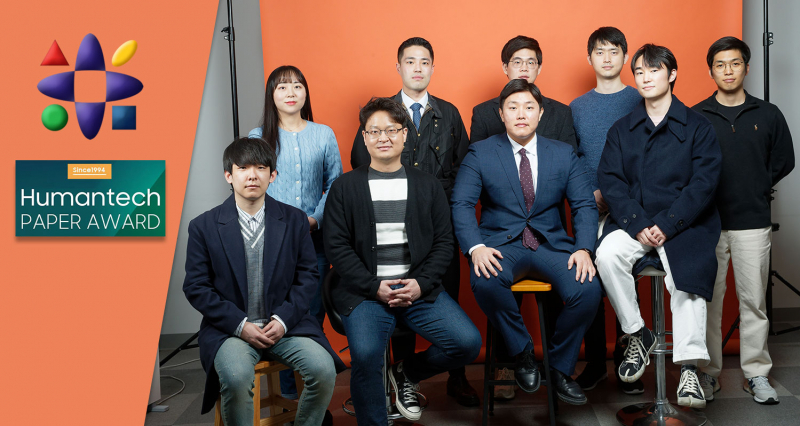 Nine UNIST students have been recognized for their excellence in academic and research work at the 27th Annual Samsung Humantech Paper Award ceremony.

UNIST, having already established itself as a leading institute in science and technology, once again took center stage at the 2021 Samsung Humantech Paper Award by claiming the grand prize. The recipient of this year’s grand prize is Jong Won Oh (Advisor: Professor Jiseok Lee) in the School of Energy and Chemical Engineering at UNIST. This is the first time that UNIST has won the topmost Grand prize. In addition to this, UNIST has won 2 Silver, 5 Bronze, and 1 Participation Awards. 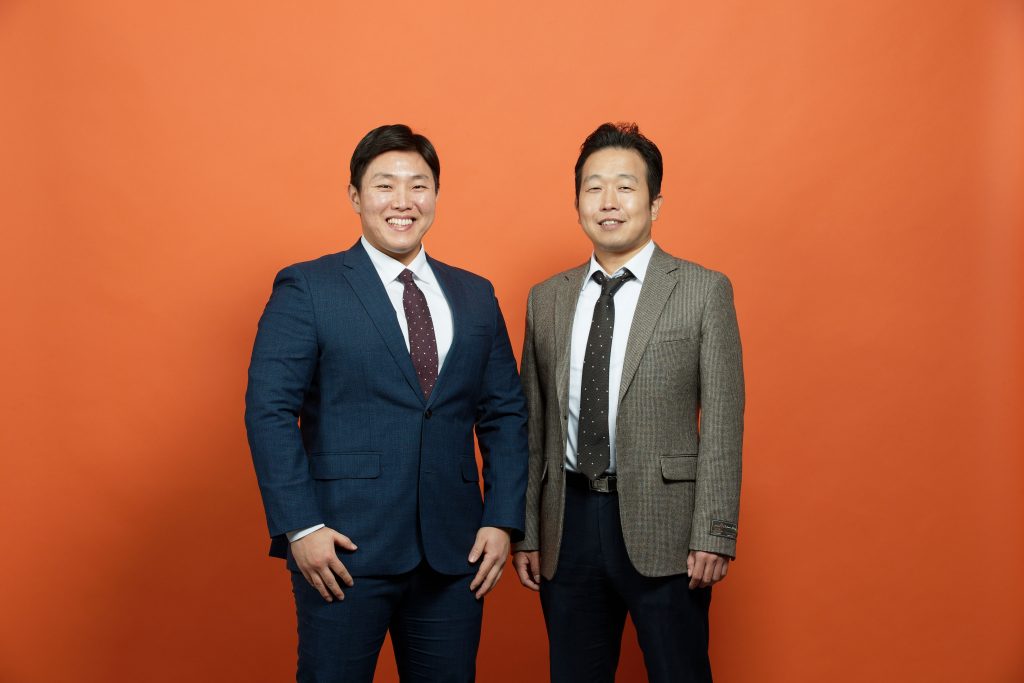 From left are Jong Won Oh and his advisor, Professor Jiseok Lee in the School of Energy and Chemical Engineering at UNIST.

Among the many eminent individuals, Jong Won Oh won the grand prize within the category of Material Science & Engineering. This award has been bestowed upon him in recognition of his latest research on the development of multimodal holograms of conjugated organogels via dithering mask lithography. Unlike typical optical systems displaying a single-mode hologram, the new system realizes multimodal holograms in a cost-effective and scalable manner. Thus, it will find ample applications in multilevel anti-counterfeiting and encryption technologies.

The recipients of the 2021 Samsung Humantech Paper Awards are listed below. 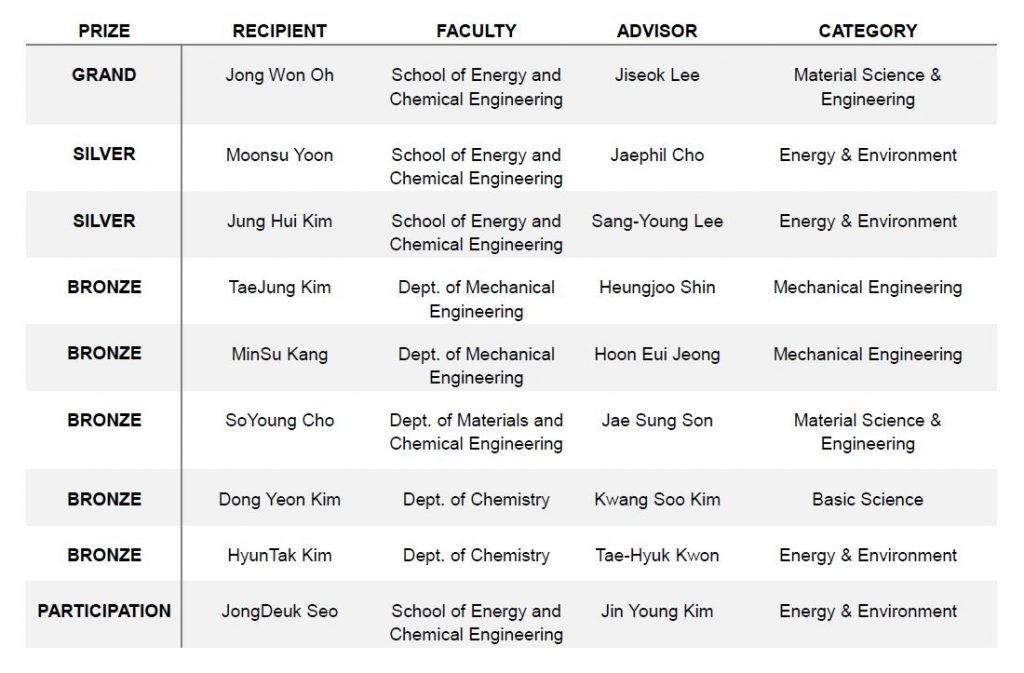