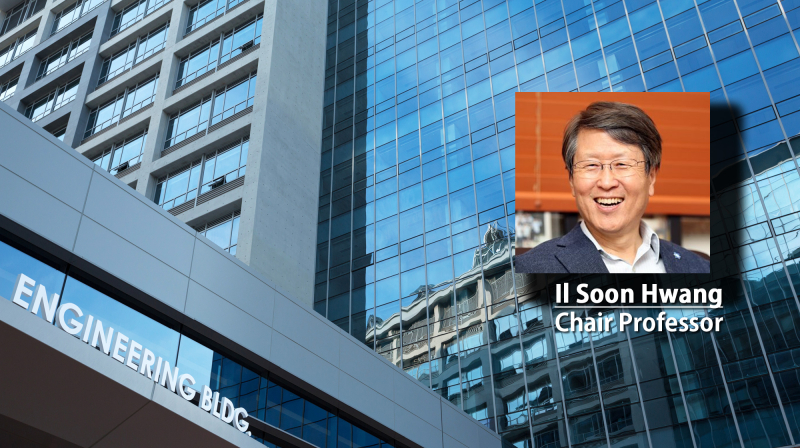 Chair Professor Il Soon Hwang, who joined the School of Mechanical Aerospace and Nuclear Engineering at UNIST, has been selected to lead the 'Nuclear Convergence Technology Development' project by the Ministry of Science and ICT (MSIT) and National Research Foundation (NRF).

UNIST to Embark on New Era of Micro Modular Reactor

UNIST will embark on a research project to develop safe and economically-friendly ‘Micro Modular Reactor’ in Ulsan. The project will be carried out over a period of four years with the aim of developing the polar and ocean-underwater probes, as well as floating nuclear power plants.

Chair Professor Il Soon Hwang in the School of Mechanical Aerospace and Nuclear Engineering and his research team at UNIST have been selected to lead the ‘Nuclear Convergence Multidiscipline Technology Development Program’ within the representative national Nuclear R&D projects by the Ministry of Science and ICT (MSIT) and National Research Foundation (NRF). This project, which will be carried out in two phases (2 years + 2 years) and will received funding of 600 million won from Ulsan Metropolitan City and 3 billion won from the government. The project will be participated by University of Ulsan, Kyung Hee University, KAIST, Seoul National University, KEPCO International Nuclear Graduate School (KINGS), and Moojin Keeyeon Co., Ltd.

“This project aims at providing a conceptual design of a nuclear reactor that produces electricity by by floating on the ocean, as well as a device that explores the polar, ocean, and underwater over the course of 4 years,” says Chair Professor Hwang. “In the long term, we aim to pursue a much practical, small, and affordable nuclear power generator, while focusing on the use of passive safety systems.”

In addition to this, the researchers gave some thoughts to other issues, which include nuclear security, nuclear detonation, possible environmental effects, transportability, future expansion of the storage capacity, as well as a method to not replace nuclear fuel within the total lifespan of 40 years. Their aim is to experiment them via verification tests, thus completing a conceptual designs in four years.

As for the power source for ocean-underwater exploration and floating nuclear reactors, there are passive nuclear safety standards set out in international agreements. Passive nuclear safety, which is a key element in the areas related to nuclear energy, ensures safety in the event of a particular type of emergency in a nuclear reactor. By meeting those regulatory requirements, the research team will map out a conceptual design of a micro nuclear reactor that maximizes economical efficiency by integrating key fields of nuclear energy, such as machines and equipment, thermal hydraulics and safety systems, nuclear fuel, nuclear design, radioactive waste, nuclear security, shipbuilding and marine engineering.

Light-water reactors that use fuel, containing low-enriched uranium suffer from fundamental limitations in terms of safety and economy. Indeed, the cost of replacing nuclear fuel is excessive and there is a need to build have a vast emergency evacuation zone. Besides, the issues related to nuclear security, nuclear detonation, and management of spent fuel still remain unsolved. In this assignment, the researchers plan on developing fundamental technologies for ultra-small fast reactors that does not require fuel replacement within the total lifespan of 40 years, and proving its stability. This will contribute to opening the era of “Micro Modular Reactor (MMR)”, thus fundamentally solving the limitations of the existing light water reactors.

“Future nuclear reactors should put an end to the existing controversy over nuclear safety, and at the same time, ultimately improving economical efficiency,” says Chair Professor Hwang. “MMR can be a good alternative and when combined with liquid lead-cooled fast reactor technologies, it can be used as a power source for marine probes or floating power generators that run for 40 years without fuel change.”

He adds, “With MMR, we are able to catch two rabbits at once – safety and economy. In addition to providing opportunities to exchange information in various forms between domestic and overseas researchers and industry, we will promote cooperation between industry and academia such as patent securing and technology commercialization.”

Meanwhile, Ulsan city has decided to support the application of this project every year in support of nurturing and securing experts in the field of nuclear energy. Ulsan city and Ulju county are currently equipped with the Saewool nuclear power plant headquarters to operate the first APR1400 commercial plant and make the shipbuilding marine industry, a regional flagship industry. Based on this, there are needs for R&D in the fields of deep water exploration and floating reactor.

“We I hope that it will be an opportunity to nurture the shipbuilding equipment industry, which is currently in crisis in Ulsan, as a new industry combined with nuclear technology,” says Min Ryeong Shim in Energy Industry Division from Ulsan Metropolitan City. “We hope that Ulsan will develop ultra-small reactor technology for ship engines and lead the future market.”