Prof. Sang-Young Lee (School of Energy and Chemical Engineering) is posing for a portrait at his office.

UNIST to Power the Next Generation of Li-ion Batteries

A Korean research team, affiliated with UNIST has successfully developed the world’s first fundamental technology to power the next generation of lithium ion batteries.

On October 12, the National Forestry Science Institute of the Korea Forest Service (Director General Young-Kyoon Yoon)announced that its research team succeeded in developing a new technique to manufacture a high-capacity and flexible paper battery, using electrodes and nanopaper separator membranes made from tree cellulose.

The research was jointly conducted by Dr. Sun-Young Lee of the Korea Forest Research Institute (KFRI), part of the Korea Forest Service and Prof. Sang-Young Lee (School of Energy and Chemical Engineering) of UNIST. According to this joint research team, this new nano-cellulose battery can last three times longer than the current generation of lithium-ion batteries.

The research results were first published in the online edition of the international science journal, Nano Letters on September 16 and the technology is now patented at home and abroad. The team’s work was also featured on the cover of the October issue of Advanced Functional Materials, an internationally authoritative magazine in the Nanomaterials sector.

“This new nano-cellulose battery is so flexible that you can fold it into a paper crane and it will still work with no loss of functionality,” said Dr. Lee of KFRI. He continues by saying, “In the future, the technology could be applied to roll-up displays or to wearable electronic devices.” 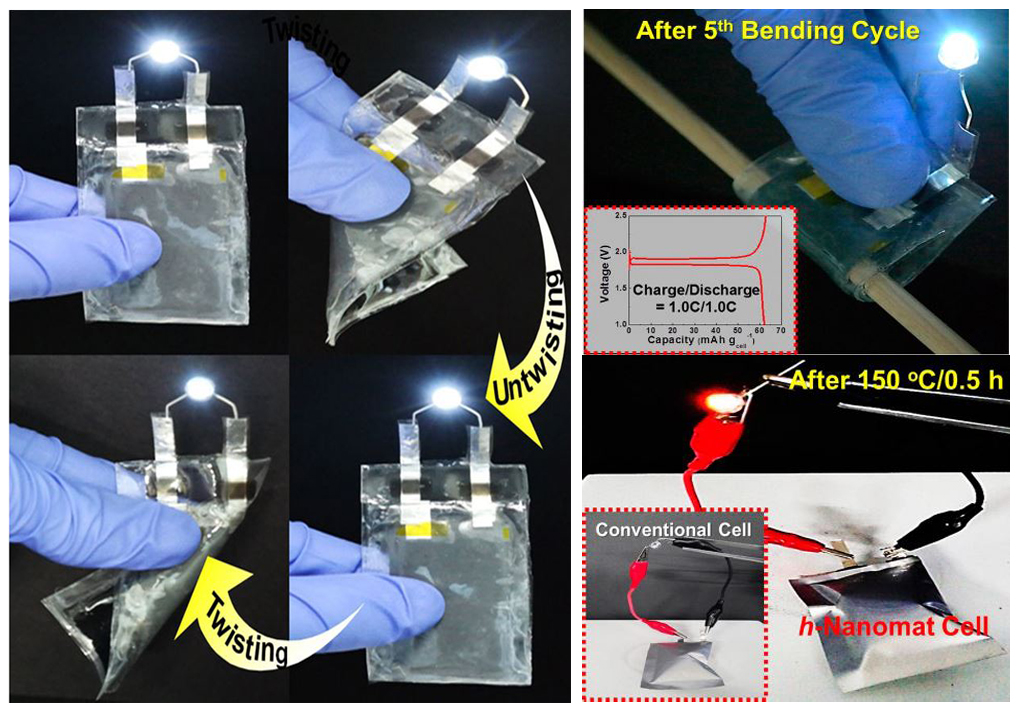 Flexible paper lithium-ion batteries can function as batteries even when their shape is changed by external pressure.

The global lithium-ion battery market is about KRW 22 trillion (approx. USD 20.5 billion) in 2013 and it is expected to expand up to 160% by 2018. The team believes that the new battery technology will raise the competitiveness of South Korea’s secondary batttery industry to build a competitive edge in the growing global market.

Prof. Lee of UNIST states, “The new batteries reduce the danger of battery ignition and explosion, which is caused by the change of the original shape of the battery.” He continues by saying, “Moreover, because these batteries don’t need extra binders, they show excellent ionic and electronic conductivity to realize high energy and high power.”