Home All News People UNISTars Explore the Future of Science 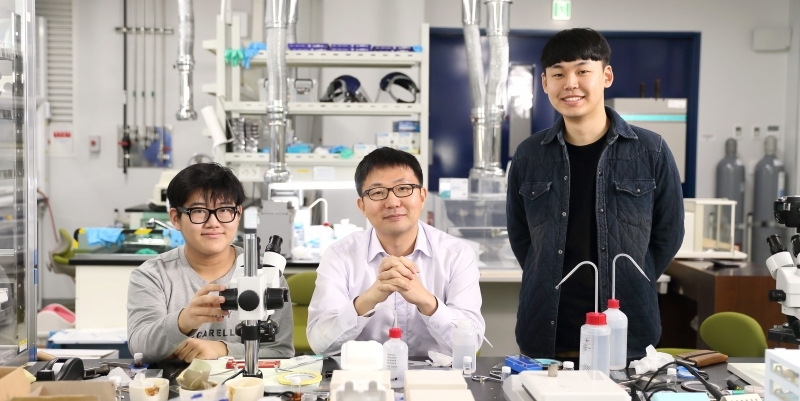 The winning team, consisting of Jun Han Lee (left) and HyunJae Park (right) in the School of Natural Science at UNIST.

UNISTars Explore the Future of Science

The team, consisting of Deok Young Lee, Jun Han Lee, and HyunJae Park in the School of Natural Science, took first place honors (Basic Science Research Award) for their presentation on “The study and application of highly-efficient room-temperature multiferroics”. The gold prize consists of $1000 plus a cirtificate of Institute of Basic Science Director Award. 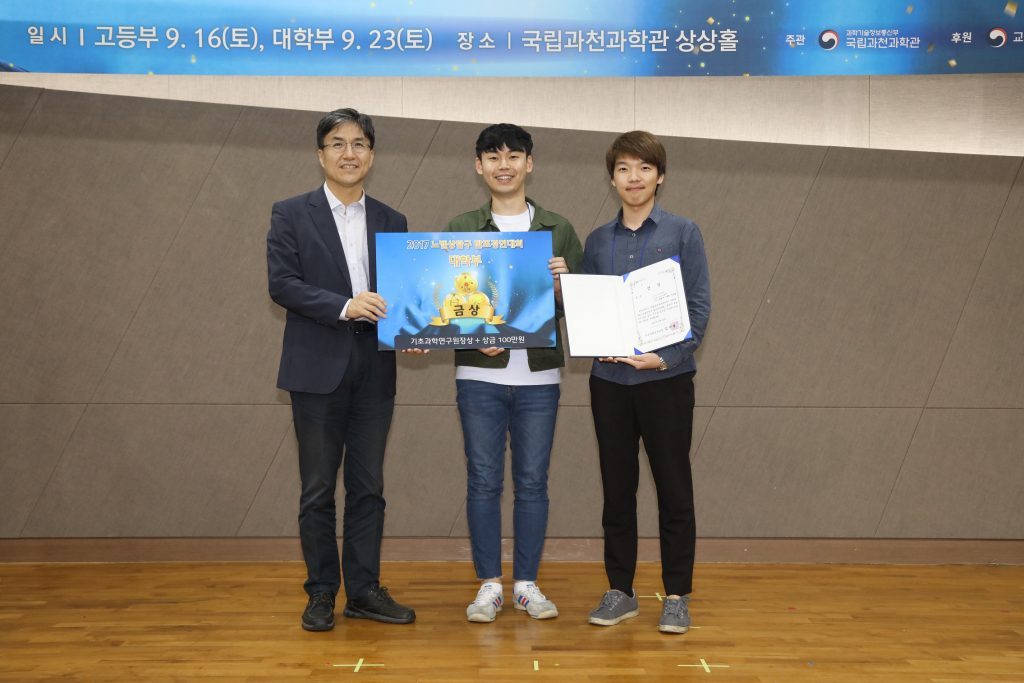 HyunJae Park (center) and Deok Young Lee (right) are presented with gold at the award ceremony took place on September 23, 2017.

The Nobel Prize Exploration & Debate Contest is a presentation competition, hosted by Gwacheon National Science Museum since 2013. The competition aims to cover the basic science research topics that are currently-pursed or need to be pushed ahead. This year’s competition was held under the slogan ‘Imagination Determines the Future of Humanity’. 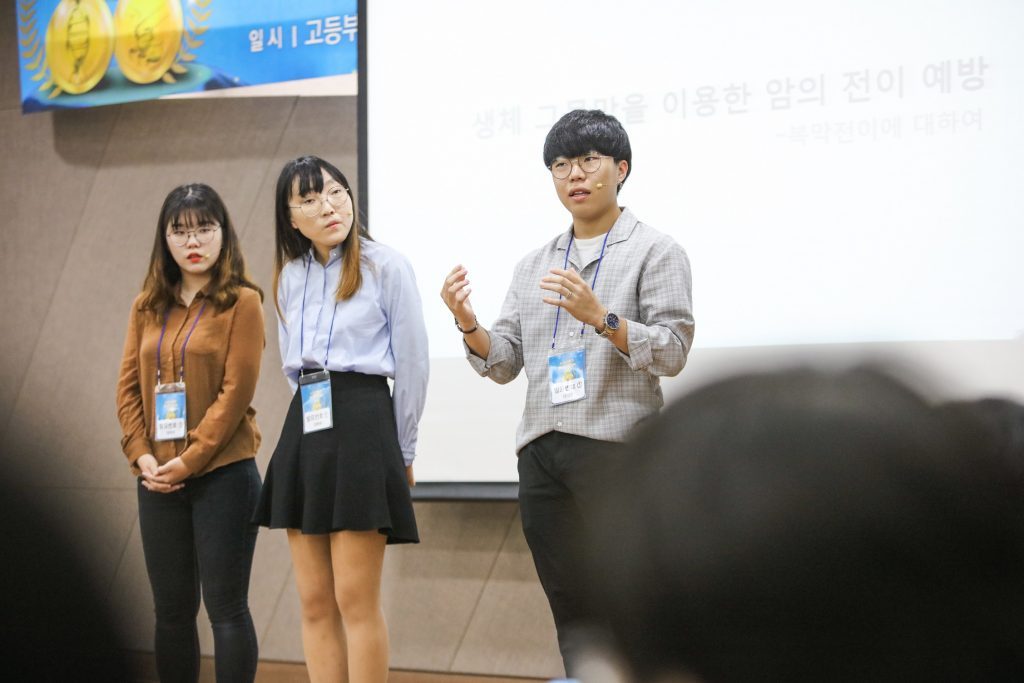 Each year, Gwacheon National Science Museum hosts a series of ‘Discussing Nobel Prize’ event to spread the true meaning of nobel prize and the basic science. This year marks the 4th Nobel Prize Exploration & Debate Contest and plans to host a lecture on ‘Nobel Prize Curiosity’ in November and a talk show on ‘Nobel Prize Ceremony’ in December.