The award ceremony for the 2019 UNIST Freshmen Math Competition was held in the Kyungdong Hall of Main Admin.istration Building at UNIST on November 28, 2019.

The ceremony was held in the Kyungdong Hall of Main Admin. Building at UNIST on November 28, 2019.

On November 28, UNIST held an award ceremony to celebrate and recognize the individuals participated in the 2019 UNIST Freshmen Math Competition. Held in the Kyungdong Hall of Main Administration Building at UNIST, the ceremony recognized six outstanding students in the Division of General Studies at UNIST.

Organized by the Department of Mathematical Sciences within the School of Natural Science at UNIST, this year marks the 2nd anniversary of the competition, which took place on November 7, 2019. Prior to this, the department also hosted a ‘Math Night’ to provide a general introduction to the courses and research work in all of the areas of mathematics that are represented at UNIST. Attended by more than 80 faculty members and students, the meeting also offered students the opportunity for exchange of networking. 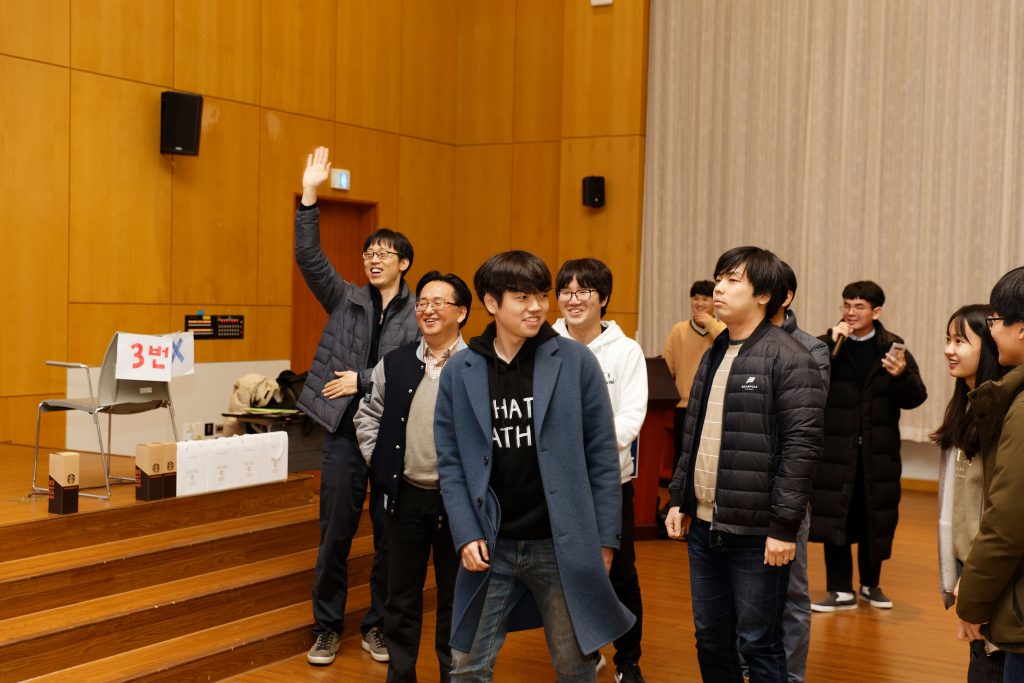 On ‘Math Night’, there were icebreaker games to help students become more acquainted with each other.

The ‘Math Night’ also featured Q&A sessions with professors, as well as icebreaker games to help students become more acquainted with each other. The highlight of ‘Math Night’ was the award presentation ceremony for the 2nd ‘UNIST Freshmen Math Competition’. This year, about 36 students in the Division of General Studies competed with one another.

This year’s grand prize has been awarded to Yun Sang Cho, as he earned the the highest score. Both MinSeok Kim and Truong Nhat Nguyen Bao won the silver prize. Jeong Ho Kim has been awarded the Bronze prize, while GyeongHoon Min and SeHwa Jeong won the participation award. 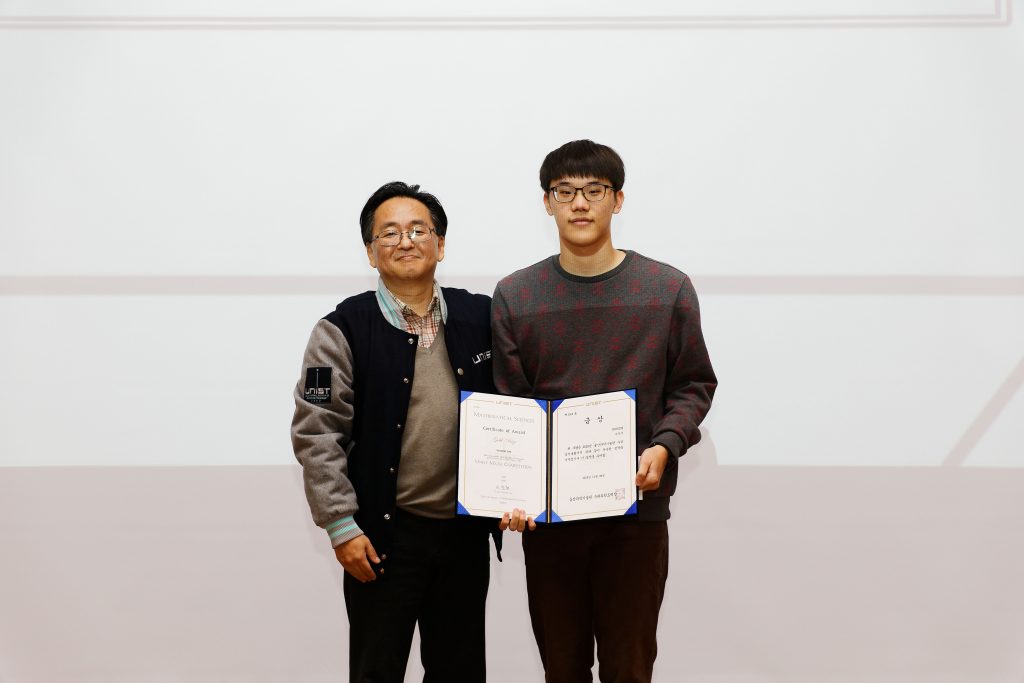 Chair Chang Hyeong Lee in the Department of Mathematical Sciences at UNIST has presented the certificate of award to Yun Sang Cho, the winner of the grand prize.

“I took part in the competition to learn more about my favorite subject, calculus,” says Yun Sang Cho. “And I am pleased and very thankful to have received this award.”

Meanwhile, the Department of Mathematical Sciences at UNIST plans on hosting more math competitions to improve students’ success and interest in mathematics.