Their findings have been published in the January 2021 issue of Nature Communications.

A team of researchers, affiliated with UNIST has unveiled the pathway associated with mitochondrial oxidative stress, using the substances, capable of detecting the cell microenvironment changes in real-time. Their findings are expected to greatly help develop treatment technologies for cancer, such as radiation therapy and wide-area copper (PDT) treatment, an experimental cancer therapy inducing oxidative stress in cancer cells.

Published in the January 2021 issue of Nature Communications, this breakthrough has been led by Professor Tae-Hyuk Kwon (Department of Chemistry) and Professor Jeong Kon Seo (UNIST Central Research Facility, UCRF) at UNIST. 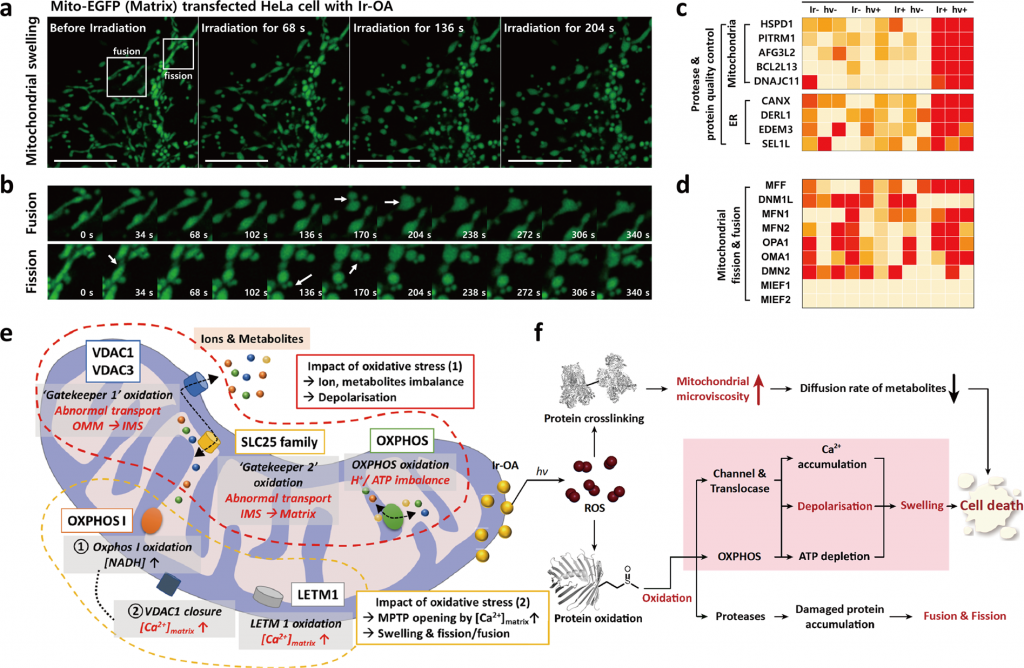 Mitochondria are key organelles that play a pivotal role in creating energy to drive cellular function and basically all of our biological processes. Besides, mitochondrial oxidative stress, induced by overproduction of reactive oxygen species (ROS) not only appears to provide a mechanism for the treatment of cancer, but also considered a major player in the development of several diseases, such as neurodegenerative diseases and cardiovascular disorders, and thus has been actively studied. However, specific mechanisms by which mitochondrial oxidation causes mitochondrial dysfunction or further cell death have yet to be identified.

In this study, the research team developed a multifunctional iridium(III) photosensitiser (Ir-OA), capable of inducing substantial mitochondrial oxidative stress and monitoring the corresponding change in viscosity, polarity, and morphology. According to the research team, the photoactivation of Ir-OA triggers chemical modifications in mitochondrial protein-crosslinking and oxidation (i.e., oxidative phosphorylation complexes and channel and translocase proteins), leading to microenvironment changes, such as increased microviscosity and depolarisation. 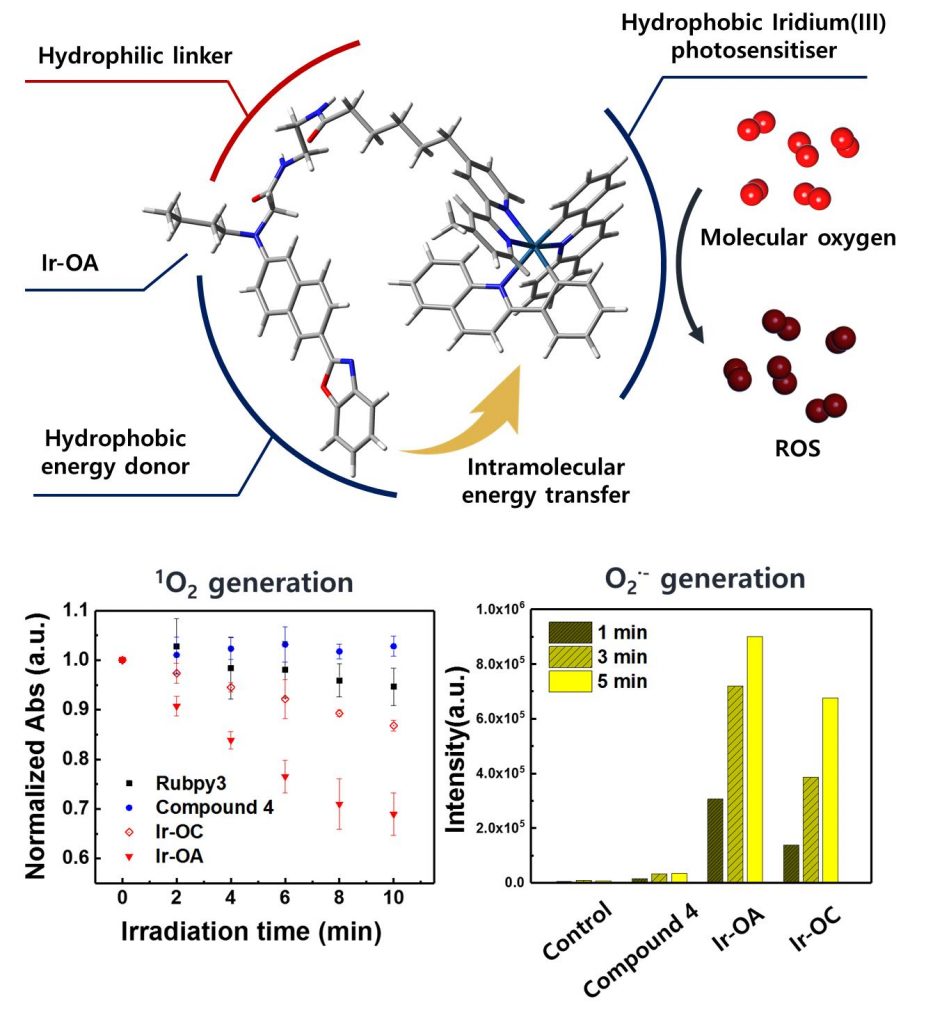 “These changes are strongly related to cell death by inducing mitochondrial swelling with excessive fission and fusion,” noted the research team. “We suggest a potential mechanism from mitochondrial oxidative stress to cell death based on proteomic analyses and phenomenological observations.”

The findings of this research have been published in the online version of Nature Communications on January 4, 2021. This study has been supported through the Global Ph.D. fellowship program by the National Research Foundation of Korea (NRF), the Korea Institute of Energy Technology Evaluation and Planning (KETEP), the ASAN Foundation Biomedical Science scholarship, and the