Their findings have been published in Advanced Energy Materials on March 3, 2020.

A novel technology for high-performance Lithium‐ion batteries (LIBs) that would enable an electric vehicle (EV) to travel longer distances on a single charge, has been developed.

A research team, jointly led by Professor Nam‐Soon Choi and Professor Sang Kyu Kwak in the School of Energy and Chemical Engineering at UNIST has developed an electrolyte system for high‐energy‐density LIBs via the addition of cyclic aminosilane‐based additives. These additives suppress the formation of surface impurities that damage the electrode protective coating, while at the same time create a protective layer on the anode surface. Besides, with the presence of only 0.5% electrolyte additives, this breakthrough technology can not only improve battery performance, but also protect both the cathode and anode. 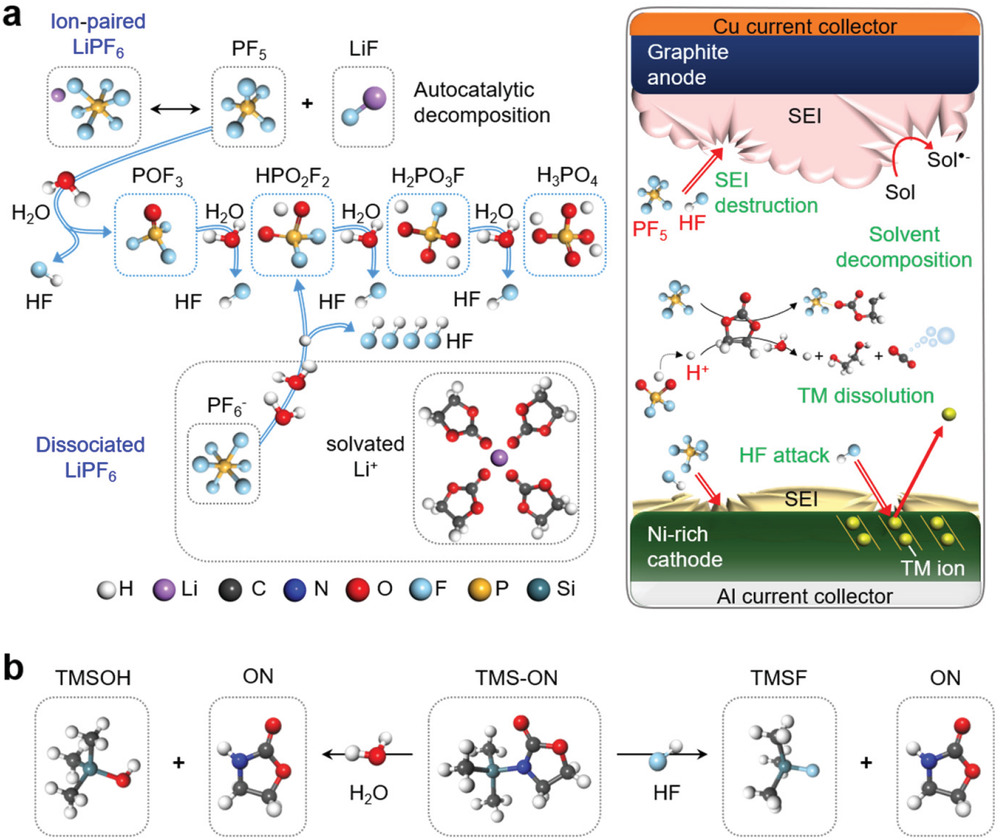 Figure 1. a) Schematic illustration of the hydrolysis of LiPF6 to generate acidic compounds in the electrolyte and reactive species (HF and PF5)‐derived problems in batteries. b) HF and H2O scavenging mechanisms of TMS‐ON.

Lithium-ion batteries (LIBs) are rechargeable batteries, in which lithium ions move back and forth between the electrodes (cathode/anode) during charging and discharging. At this time, the passage through which lithium ions pass is the ‘electrolyte’, and the electrolyte itself reacts on the surface of the electrodes (cathode/anode) to form a protective film. Therefore, if the electrodes are changed for high-energy-density LIBs, so as the electrolyte system changes. Ni-rich cathodes have recently attracted considerable attention as a promising candidate for high-energy density LIBs. Since this material is highly reactive, it can easily decompose the existing electrolytes on electrode surface. Besides, lithium hexafluorophosphate (LiPF6), which is commonly utilized as a salt in electrolytes for LIBs, react with trace water to produce acidic compounds. These compounds destroy the electrode protective films, and this lowers battery performance by removing transition metal ions in the electrolytes.

The research team overcame those obstacles by presenting 3‐(trimethylsilyl)‐2‐oxazolidinone (TMS‐ON) that contains Amino Silane functionality, as an electrolyte additive for high‐energy‐density LIBs. This TMS-ON fundamentally suppresses the formation of acidic compounds, which destroy electrode protective films, and even eliminates the small amount of acidic compounds that have been previously produced. Also, by creating new protective layers on anode surface, it not only protects the electrodes structurally, but also prevents the transition metal ions coming out of the electrodes.

“Acidic compounds not only attack the cathodes, but also the anode protective films,” says Dr. Koeun Kim (Former researcher from Hyundai Motors Corp.), the first author of the study. “The new additive can inhibit the production of acidic compounds fundamentally, and thus protects the anodes.”

Figure 2. Schematic illustration of the reaction mechanism of TMS‐ON in the bulk electrolyte and the modified SEI structure induced at the graphite anode by TMS‐ON.

To analyze the working mechanism of TMS‐ON toward LiPF6 in the bulk electrolyte, density functional theory (DFT) calculations were conducted by Professor Kwak and his research team in the School of Energy and Chemical Engineering at UNIST. Their findings show that the new ring-shaped (cyclic) additive suppressed the decomposition of LiPF6. In addition, it was revealed that nitrogen (N) contained in TMS-ON stabilized PF5, which further prevented HF from forming.

“The Li-ion binding energies in TMS‐ON are lower, which aids in enhancing the dissociation of LiPF6 more effectively,” explains Professor Kwak. “This also stabilizes PF5.” 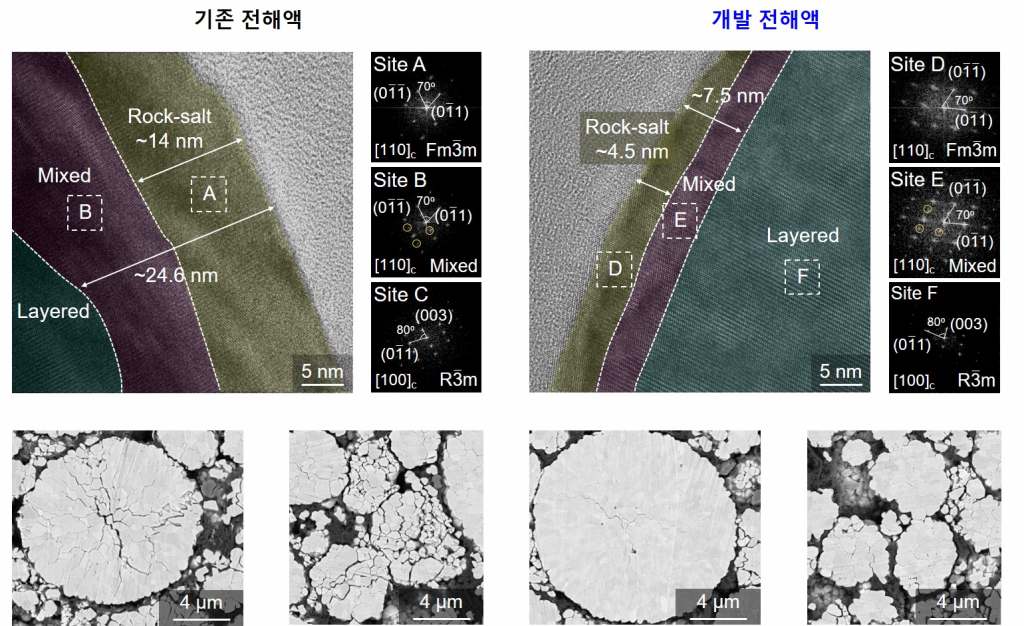 “In order to keep lithium-ion batteries working longer, it is necessary to create an electrode protective film, as well as an additive technology that can remove substances attacking the protective film,” says Professor Choi. “The results of this study will contribute to further advancing the design of electrolyte additives that can remove undesirable reactive species and contribute to the construction of a controlled and stable electrolyte–electrode interface.”

The findings of this research have been published in Advanced Energy Materials on March 3, 2020. This study has been supported through the Energy Technology Development Program via Hyundai Motor Co. Ltd. and the Korean Ministry of Trade, Industry and Energy (MOTIE).