Home All News Research “New findings could lead the way towards treatments for intellectual disability in Down syndrome.” The findings of this research have been featured in the 2020 edition of Asia Research News Magazine, and also appeared on the cover page. l Image Credit: Zenina, 123rf

“New findings could lead the way towards treatments for intellectual disability in Down syndrome.”

[ARN MAGAZINE] In memory of the late Professor Kyung-Tai Min, who inspired so many and made such important contributions to the fields of life science.

The late Professor Kyung-Tai Min and his research team in the School of Life Sciences at S. Korea’s Ulsan National Institute of Science and Technology (UNIST) have identified for the first time that the Down syndrome critical region 1 (DSCR 1) protein contributes to intellectual disability found in Down syndrome. This research, which was conducted during the lifetime of Professor Min may pave the way for advances in diagnosis and treatment for cognitive deficits. The findings of this research have been featured in the 2020 edition of Asia Research News Magazine, and also appeared on the cover page.

Learning and memory impairments in a Down syndrome mouse model were reversed by correcting expression of a gene that influences the generation of new neurons in the brain. The finding could pave the way to treat the cognitive impairment associated with the syndrome in humans.

Adult neurogenesis is the process of generating new neurons in the adult brain. Defects in this process have been observed in various animal models of neurological disorders including schizophrenia, depression, Parkinson’s disease, Alzheimer’s disease, and neurodevelopmental disorders, such as Down syndrome. But the precise cellular and molecular mechanisms underlying adult neurogenesis and their links to neurological disorders are not well understood. 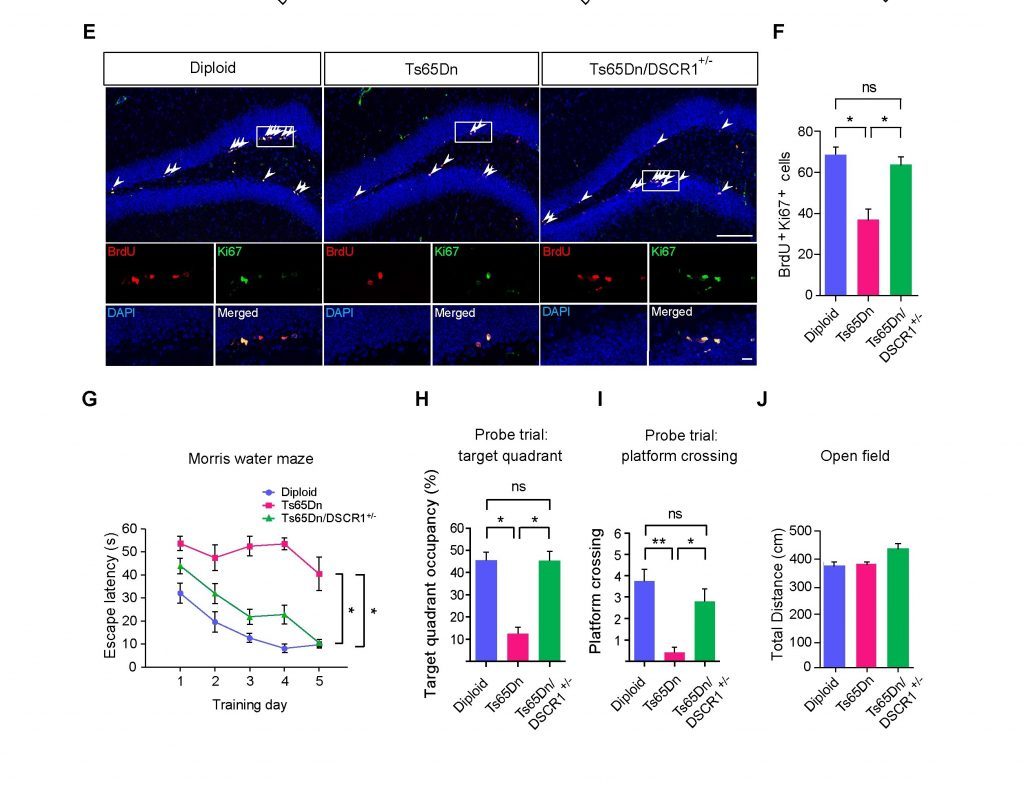 Molecular neurobiologist Kyung-Tai Min and his colleagues at UNIST found that interactions between a gene called the Down syndrome critical region 1 (DSCR1) and two other molecules, TET1 and miRNA-124, were necessary for adult neurogenesis and were important in learning and memory.

DSCR1 is known for its involvement in learning and memory and is overexpressed in Down syndrome. TET1, which is an enzyme, and miRNA-124, which is a micro-RNA, are known for having roles in adult neurogenesis, but the details were not clear. Min and his team have now found how the three molecules work together to regulate adult neurogenesis.

They showed that DSCR1 binds to a non-coding section of TET1 RNA, subsequently controlling expression of TET1 proteins, which then regulate miRNA-124 expression levels. This process is required for adult neurogenesis and for maintaining learning and memory abilities. 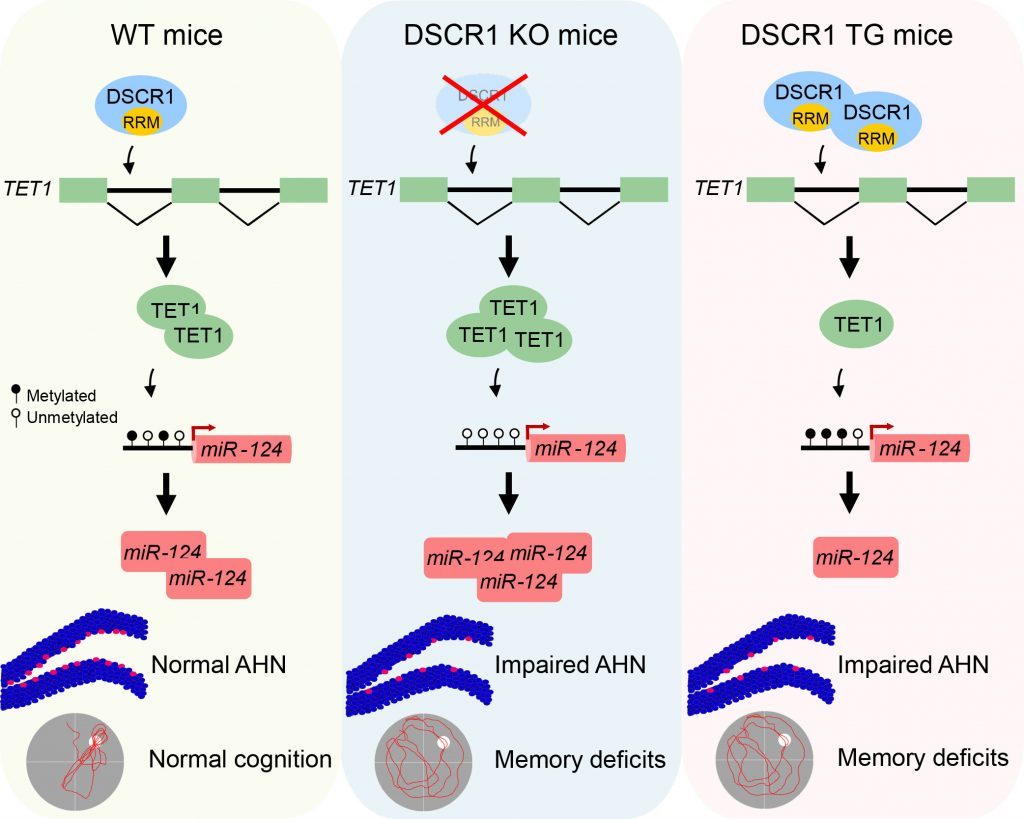 The findings reveal that precise regulation of DSCR1 and the interplay between TET1 and miRNA-124 are crucial for normal adult neurogenesis.

“Our findings not only provide a basic understanding of the mechanisms regulating adult neurogenesis, but will also contribute to the development of a novel therapy for the cognitive deficits manifested in Down syndrome patients,” says Min. 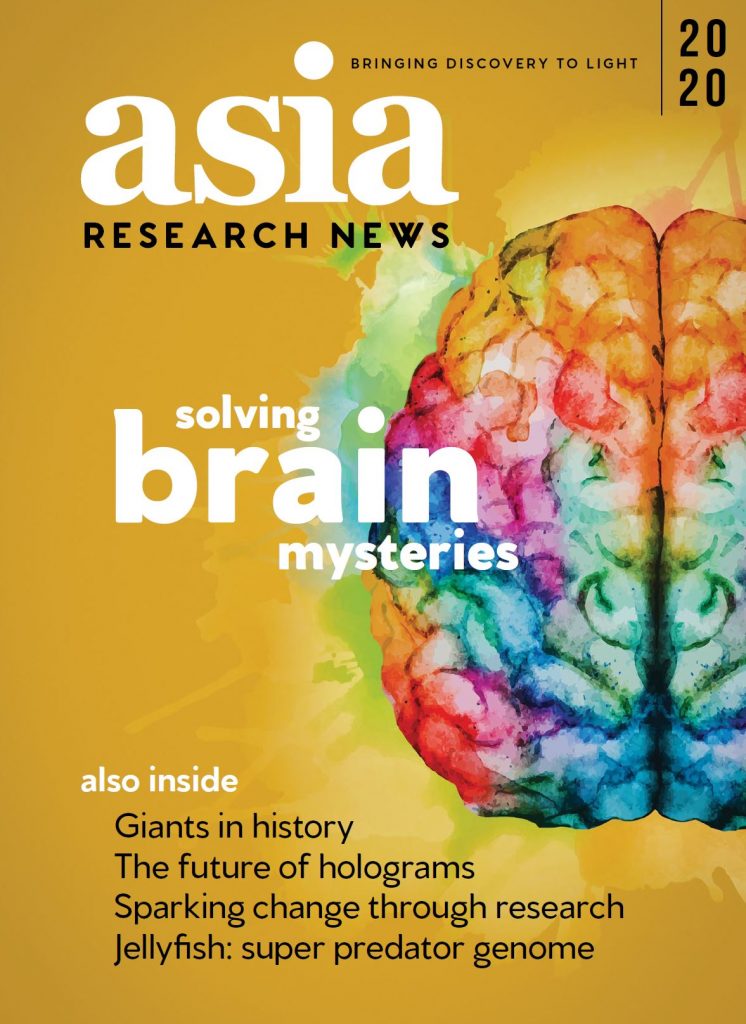 The findings of this research have been featured in the 2020 edition of Asia Research News Magazine, and also appeared on the cover page.