Science Cabin Residency Project: A Blending of Science and Art

The open studio event was held in Science Cabin at UNIST on November 28, 2018.

Artists let their imagination run wild to create art projcts, inspired by the theme Human Feces, while residing at a research facilty for science and technology.

The primary purpose of this exhibition is to showcase the final products of Science-Art Residency Project, carried out by Science Walden that conducts fusion research for a new ecosystem, including circulation. The artists stayed at the Science Cabin for a month, starting November and carried out art projects under the theme that live up to the value and vision of Science Walden.

The interior of Science Cabin.

One eye-catching creation is by Artist Wongil Jeon, as he reinterpreted the iconic ‘Dream Journey to the Peach Blossom Land‘ masterpiece by An Gyeon, with a unique blend of dirt and gold. The best of it is the stains of this work were made of his feces, derived from the coffee and food he had, while residing in Science Cabin. 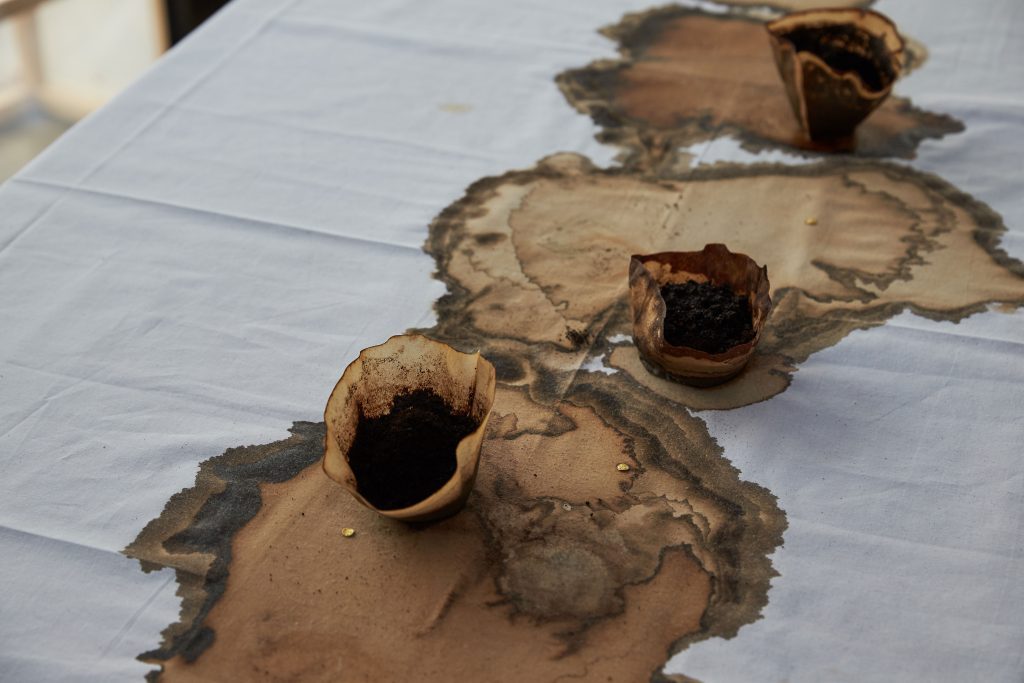 The reinterpretation of ‘Dream Journey to the Peach Blossom Land’ by Artist Wongil Jeon, which is made of his feces, derived from the coffee and food he had, while residing in Science Cabin.

“I tried to express the value of Science Walden project, which creates new value by recycling feces in a new way,” says Jeon. “This creation was made in an attempt to find values from things that are thrown away everyday and extend the value.”

He add, “There is often an attempt to combine science and art, but this project with Science Walden is even more special in that we are concerned with the value of win-win and cycle. I hope this project can help stimulate imagination for both artists and scientists.”

Another artist who participated in the residency project was Seungkyun Lim. There, he expressed the value of circulation through incense. Although it is shaped quirky and made based human feces, it can be used as a real scent. 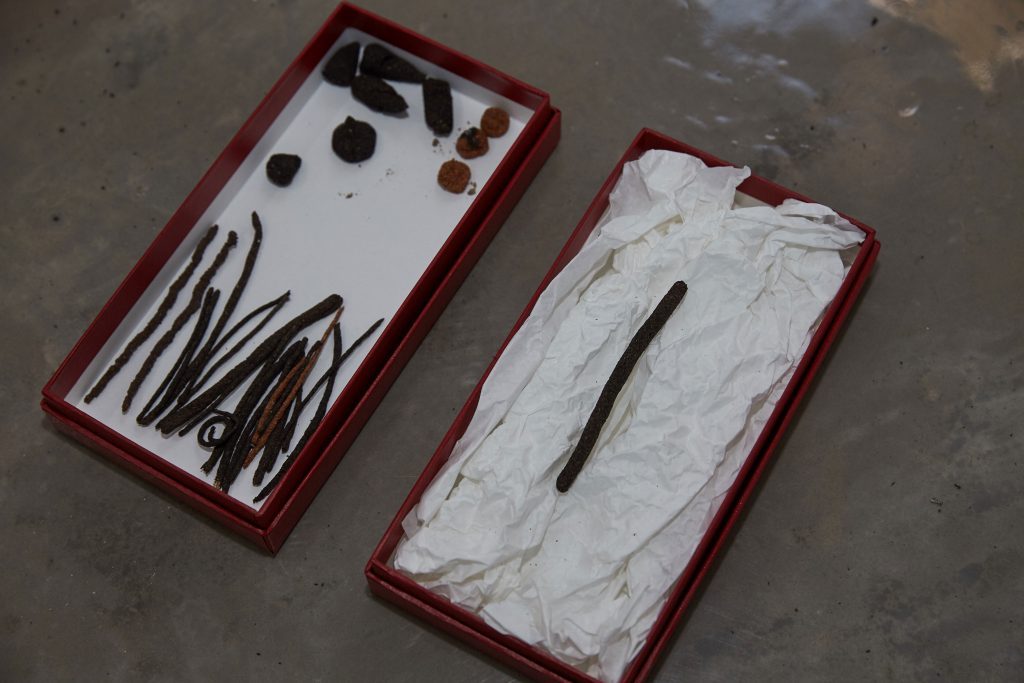 This science-art residency project was designed to look at the possibility of cooperation between science and art at the fruit house, a living laboratory of the Science Walden project. It was because of the expectation that scientists and artists would be able to meet, communicate and stimulate each other in this process.

In fact, in November, two artists  work on their projects, while residing in Science Cabin. In January, three more artists plan on moving in. These artists collaborate actively with students during their time at Science Cabin and also had a special bonding time with them, every week.

Since 2017, UNIST has been conducting a Science Walden project to build a self-circulation system in 2017 to make the scent of energy into energy, and to realize a ‘shit-based currency’ to pay the toilet users. The project aims to realize environmental circulation through science and technology, and to solve social problems by combining humanities and arts.

“This artist’s residence project is a case of cooperation between science and art that was attempted in a fusion research process to create a new ecological connection system,” said Professor Baek Kyung-mi, who conducted the resident work. I hope that it will contribute to sharing and spreading the vision of the proposed new economic system and alternative communities to develop based on it. ” 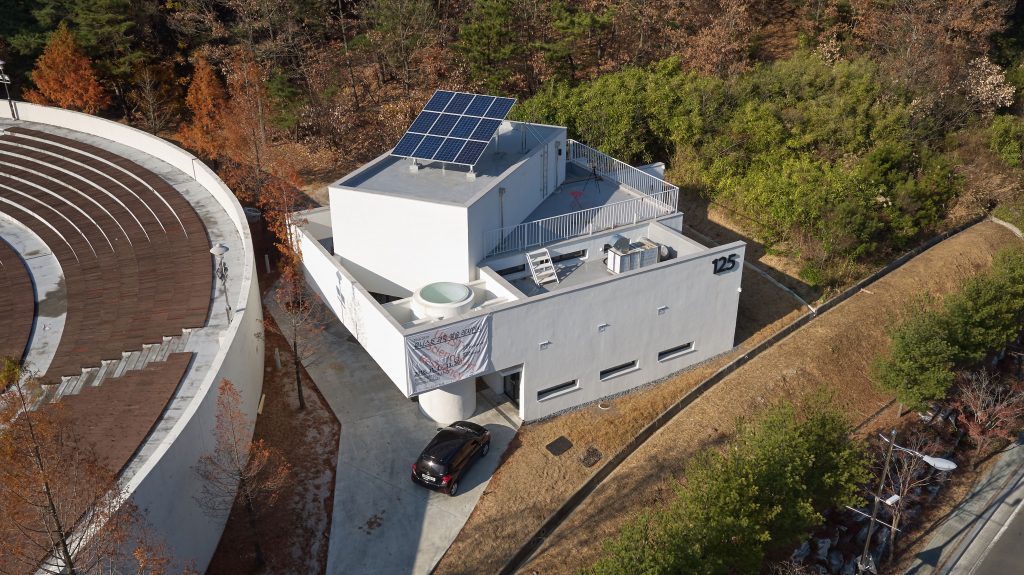 Meanwhile, Science Cabin is a life-style laboratory where various experiments of the Science Walden project are carried out. There are living facilities that can accommodate 3 people at the same time, and various experiments are being conducted to build a biosystem that can convert and utilize human energy into energy. Researchers are usually resident and conducting various experiments, and it is being used as a space where various events such as this work, where art and science are held together, are held.