UNIST climbed to 17th place, up three places from its ranking last year, according to the 2020 THE Young University Rankings. l Image Credit: THE

UNIST, in terms of citations, ranked No. 1 in S. Korea and 24th in the world.

UNIST climbed to 17th place, up 3 places from its ranking last year, according to the 2020 THE Young University Rankings.

UNIST continues its climb up the world university rankings. According to the 2020 London-based Times Higher Education Young University Rankings, UNIST climbed to 17th place, up three places from its ranking, last year. Besides, when measured based on the number of citations a university’s research obtains, UNIST has maintained its position as the top university in South Korea and 24th place in the world.

The THE Young University Rankings list the world’s best universities that are 50 years old or younger. The 2020 ranking includes 414 universities worldwide. UNIST was ranked 24th in 2018, 20th in 2019, and in 2020 its rank went up to 17th place from 20th place the previous year.

This ranking, released on the 24th of June, is based on the same 13 carefully calibrated performance indicators as the THE World University Rankings, but the weightings are recalibrated to reflect the profile of missions of young universities. In this comparison, UNIST has achieved a step up in rankings due to improvements in several areas, including research and teaching. The rankings also indicated that UNIST obtained particularly high scores in the categories of “Citations” and “Industry Income”. 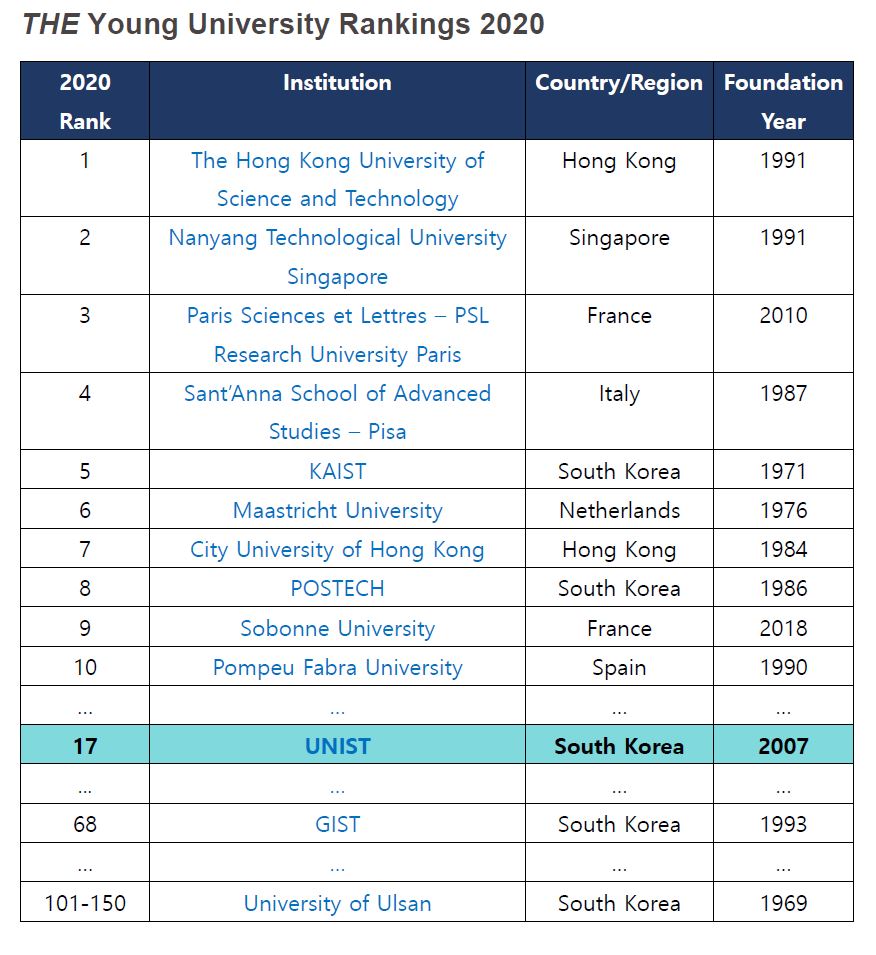 According to the THE press release, Hong Kong University of Science and Technology has been ranked the world’s best young university for the second year in a row. Nanyang Technological University from Singapore, Paris Sciences et Lettres – PSL Research University Paris from France, and Sant’Anna School of Advanced Studies – Pisa came in 2nd, 3rd, and 4th place, respectively. KAIST came in 5th place, while POSTECH remain in 8th place.

Besides, UNIST has been ranked 7th place in S. Korea and 23th place in the world, according to the latest THE Asia University Rankings, released on June 3, 2020. The rankings also indicate that UNIST, when measured based on the number of citations a university’s research obtains, has risen to S. Korea’s top university and 11th place in Asia. This is the second consecutive year that UNIST held onto the No. 1 spot, and thus demonstrated its strong research influence. Between 2014 and 2018, the number of papers published by UNIST were 4,821, and the number of citations received by these papers were 12,984. 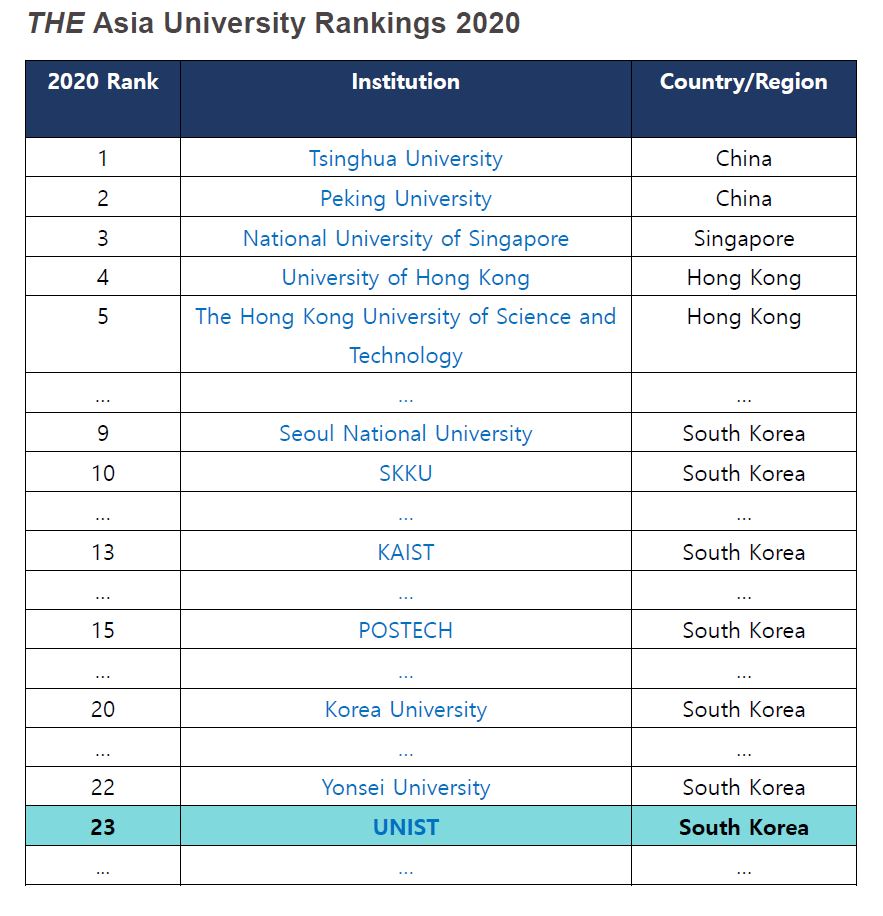