An aerial view of the UNIST campus after completion of the 2nd BTL construction.

Bringing on the K-Science craze through the export of potential research.

A celebration was held on September 30 to mark UNIST’s first year anniversary as a government-funded research institute. This was also to commemorate the successful completion of the second phase BTL project for the expansion of its research space.

The anniversary reflected on the excellence and achievement of UNIST and will be a foundational building block for its work in the coming years.

In fact, the citation rate of Highly-Cited Papers (HCPs) for UNIST has reached the number one spot in the top universities ranking compiled by Korea Institute of S&T Evaluation and Planning (KISTEP). This assessment was based on 2010-2014 publication and citation data. 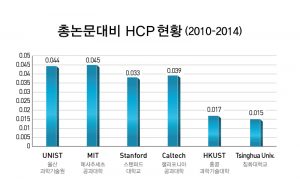 President Jung states, “UNIST will play an active role as the ‘Think Tank’ of South Korea and the world for providing future vision, new knowledge, and innovative technology for industries.” He continued by saying, “To make UNIST, one of the world’s top 10 S&T universities by 2030, I will try my best to carry out tasks given to me with a strong sense of responsibility.”

To celebrate this milestone year, UNIST will provide free lunch at all campus cafeteries on September 30, from 11am to 2pm throughout the campus.