In the memorandum of understanding, the eight organizations also promised to collaborate on the development of core technologies for the supersonic Korean Hyperloop train, also known as Hyper Tube Express (HTX).

The Hyper Tube Express (HTX) is an ultra-fast transit system powered by magnetic attraction that would move at nearly 1,000 km per hour. This means traveling from Seoul to Busan would only take about 20 minutes. The trip is currently a little less than three hours on the Korea Express Train, more popularly known as the KTX.

Through the theoretical analysis, UNIST will be in charge of the design and implementation of the magnetic levitation system of the HTX. UNIST is the only university, embarked on a joint study of Hyper Tube and is currently working on the designs for both HTX and its station building.

According to Professor Yeon Woo Jung of Design and Human Engineering, the length of the train is 21 meters and could carry up to 20 passengers. It is designed as a round three-dimensional platform capable of rotating and circulating in order to prevent multiple trains entering into history at short intervals due to the characteristics of super-fast operation. When a train arrives in history, a circular lift takes the train down to the lower floor to get off and get on the passengers, and then climb up again. 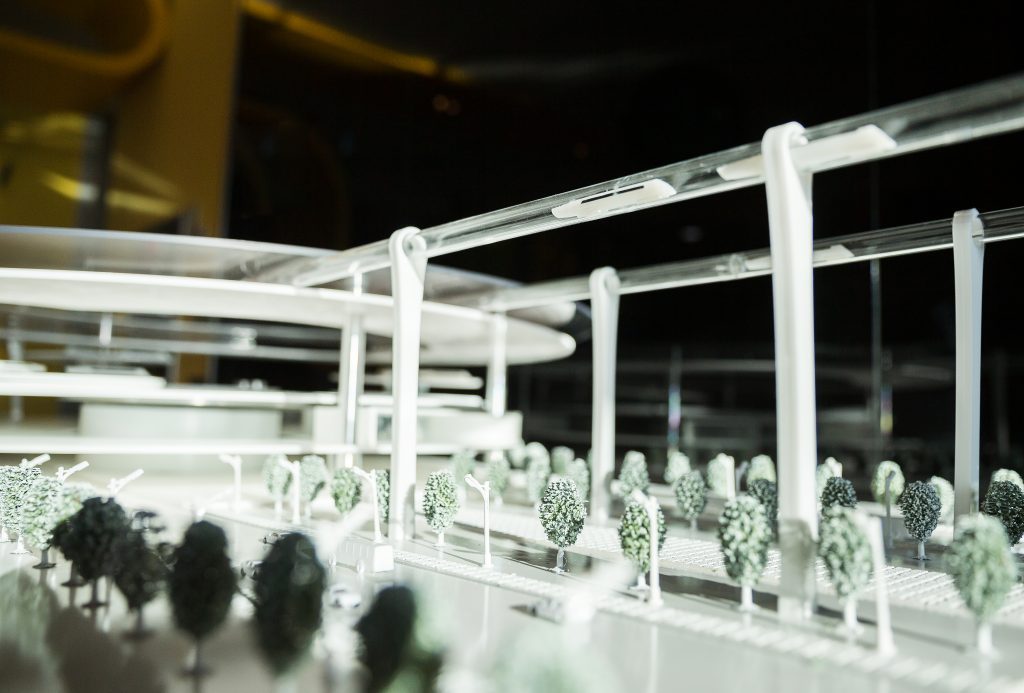 In addition, for the design of air compressors, we are analyzing the change in air flow in the vacuum state with little air. The air compressor is the key element of a hyper tube that sucks in the air in front of the train in order to reduce the air friction and the air resistance in the tube when the train moves in the vacuum tube. We are also studying the power supply system for ensuring the stability of the body and proper acceleration through vibration analysis of trains moving at super high speed.

KRRI plans on developing the system engineering of the hypertube including the vehicle system, propulsion and float technology, and operation control system.

The railroad research institution said it will test core technologies of the system such as electromagnetic technology in the lab while developing a blueprint for general infrastructure such as tubes. The KRRI will oversee the system engineering for three years. KRRI had already committed 24 billion won for nine years as a project endorsed by the Ministry of Science, ICT and Future Planning.

UNIST President “The world, including the United States, Canada, and China are doing their utmost to develop a new form of ultra high-speed transportation system,” says President Mooyoung Jung. “This partnership will play a pivotal role in contributing to the lives of human beings as well as securing the nation’s future growth engine by taking advantage of the core technology of the core components of the hyper tube.”