UNIST Partakes in the Launch of the “Genome Korea in Ulsan” 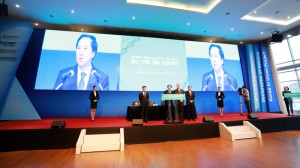 Genome Korea in Ulsan is a large-scale publicly-funded genome project, with an estimated funding of ~US$25 million by 2019. The goal is to map the complete genomic diversity of Koreans, by constructing a standardized gene variation database, detecting rare genetic mutations, and providing well-annotated full genome information for Korea’s growing genomics industry. The consortium will seek necessary funding from the public and private sectors to achieve its goal of sequencing all the Koreans in the comingnext decades. The project’s initial 10,000 samples will be collected from both healthy and immunocompromised people.

The project’s practical aim is to develop an industrial foundation in genomics for a future biomedical industry. The consortium will facilitate the development of new sequencing and analysis technologies to achieve personalized medicine in Korea. This project will complement the Korean government’s on-going Multi-ministry Genomics Initiative, which began in 2013 with funding of US$500 million over an eight year period to carry out human, agricultural, and medical genomics projects. 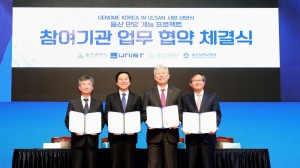 The signing ceremony of the MoU among participating organizations.

Genome Korea in Ulsan is a participatory project in which volunteers will donate blood samples, as well as personal and clinical information. The Korean PGP project, led by Professor, Jong Bhak of UNIST, has already published over 50 high quality individual genomes with the Korean reference genome assembly, funded by the Korean government. Ulsan’s genomics initiative is the first large scale public project that will expand to the whole Korean population, which is similar to the UK’s 100,000 UK Genomes Project and US President Obama’s initiative to study 1 million genomes. 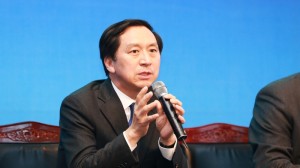 The mayor of Ulsan, Mr. Ki-hyun Kim emphasizes the significance of the Genome Korea in Ulsan Project. by addressing “We aim to make Ulsan, the hub of a genomics industry in Asia and beyond by linking it to diagnostic and therapeutic medical industrie as a key Korean economic industrialization driving force,” he says. 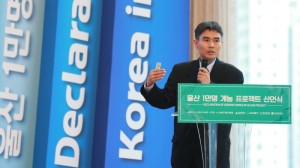 “Korea’s aging population is growing at a rapid pace, says Prof. Bhak, the project’s lead researcher. “We, therefore, need the genomics industry to lower medical costs and prevent national-scale infectious disease endemics by analyzing genomes and associated omics information. This must be accompanied by the commercialization of these technologies.” Prof. Bhak adds, “The genome project can function as the seed of a future biomedical revolution in business and society.”