Distinguished Professor Sang Il Seok in the School Energy and Chemical Engineering at UNIST has distinguished himself with inclusion in the 2017 list of Korean Scientists Awards.

Known as the Nobel Prize of S. Korea, Professor Seok has been honored with this award in recognition of his outstanding contributions to the energy sector in both industry and academia by manufacturing the world’s most efficient halide perovskite solar cells.

The award ceremony took place in Gwacheon National Science Museum, as part of the 2017 Outstanding Scientists Awards Ceremony on December 20, 2017. 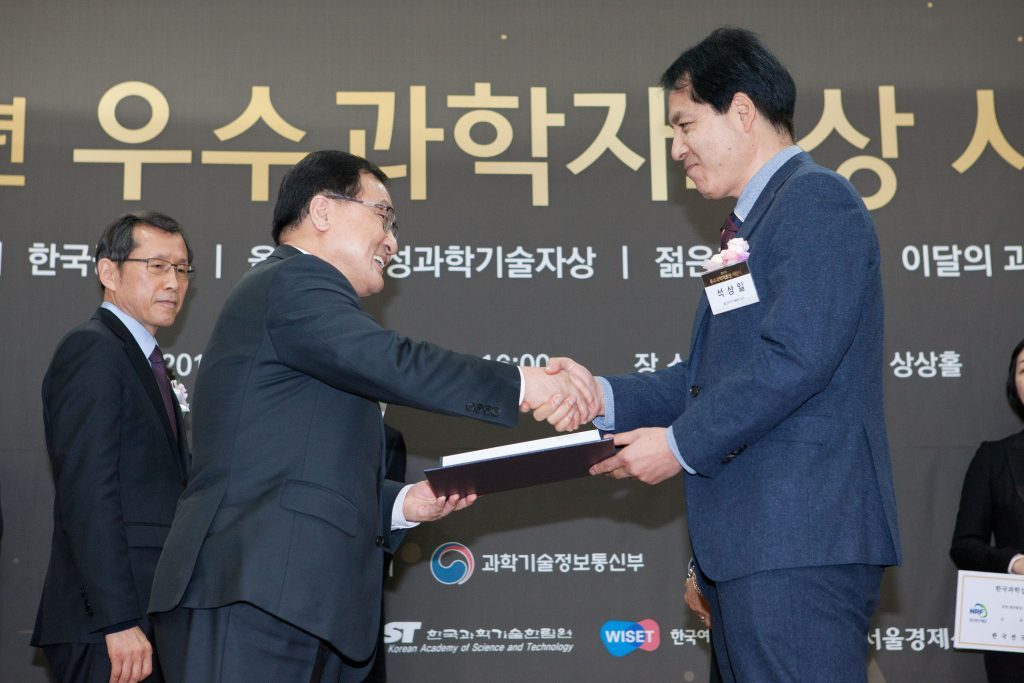 Yoo Young-min (left), minister of Science and ICT is handing over the prize to Professor Sang Il Seok (right) at the 2017 Outstanding Scientists Awards Ceremony.

Professor Sang Il Seok is a master of fusion research. Professor Seok received his B.Sc. in chemistry and his Ph.D. in inorganic materials engineering. His achievements in the field of hybrid solar cells that use both inorganic and organic components, are unequaled. Particularly, his achievements in contributing to the production of perovskite solar cells with enhanced performance has been recognized worldwide.

“Having majored in inorganic materials and a high level of understanding on organic materials have helped me achieve a new world record efficiency for perovskite solar cells,” says Professor Seok.

The findings of his research have been appeared in a number of prestigious scientific journals, including Science and Nature. Particularly, his recent publications in March and June issues of the journal Science, have attracted a great deal of attention as a research to improve both the efficiency and stability of perovskite solar cells. These publications have been cited more than 5,000 times and have been playing a leading role in the related academic circles.

The “Best Research-Cell Efficiencies” chart by the National Renewable Energy Laboratory (NREL) in the United States.

A new world-record efficiency of perovkite solar cells, which has been updated by Professor Seok for the 4th time still remans on the “Best Research-Cell Efficiencies” chart by the National Renewable Energy Laboratory (NREL) in the United States.

“We have recently begun to challenge the perovskite solar cell commercialization,” says Professor Seok. “Instead of remaining merely on paper, we will continue to work our way through our newly-started venture, Frontier Energy Solution Co., Ltd.” 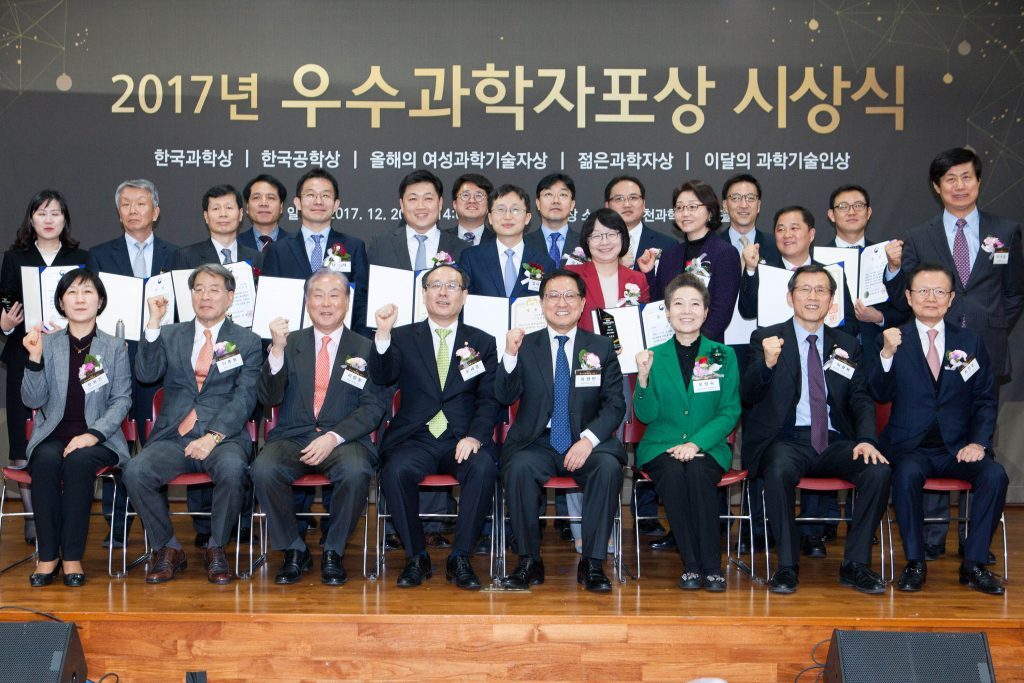 Professor Sang Il Seok (back row, fourth from left) is posing for a group photo at the award ceremony, took place in in Gwacheon National Science Museum on December 20, 2017.

A total of 18 outstanding scientists were awarded at the ceremony, which includes Korea Science·Engineering Awards (4), Young Scientist Awards (5), as well as the Women Scientist of the Year (3). The event has been jointly organized by the Ministry of Science and ICT, the National Research Foundation of Korea (NRF), the Korean Academy of Science and Technology (KAST), and the Center for Women in Science, Engineering, and Technology (WISET).