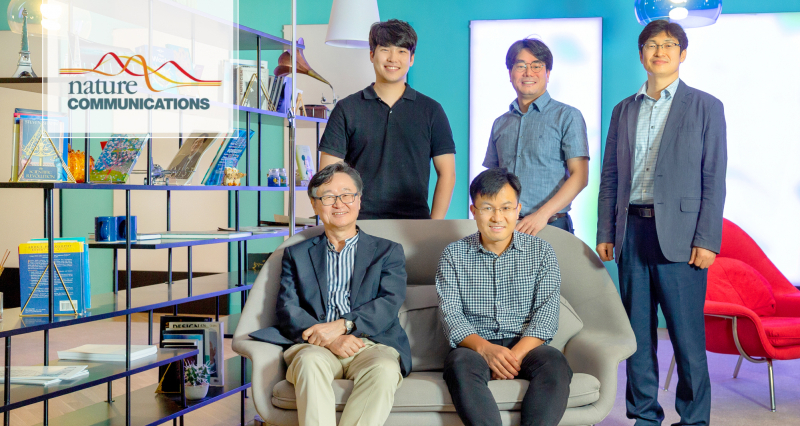 Their findings have been published in Nature Communications on September 15, 2020.

With the increasing pressure on global carbon emissions and climate change, it is urgent to develop cleaner energy alternatives instead of fossil fuels. Hydrogen is a clean fuel with zero carbon emission because it produces only harmless water when it combusts. However, a technology to produce so-called “green hydrogen” needs to be developed further for practical applications, which employs on water splitting using a renewable energy source. Solar hydrogen is such an ideal technology of producing hydrogen fuel from using sunlight, but in spite of intensive research worldwide in the last decades, the progress has been slow.

Professor Jae Sung Lee and his research team in the School of Energy and Chemical Engineering at UNIST, in collaboration with scientists in Dalian Institute of Chemical Physics (DICP), China has recently reported a significant discovery that could bring solar hydrogen production a step closer to reality.

Electrolysis of water into hydrogen and oxygen can be realized but requires large amounts of electricity that is largely made by burning fossil fuels. Photoelectrochemical (PEC) water splitting provides an environmentally benign and more sustainable route to hydrogen production. Hematite is considered an ideal candidate photoanode material for large-scale application of PEC water splitting because of its natural abundance, chemical robustness, and an ideal bandgap of 2.1 eV that allows a high solar-to-hydrogen conversion efficiency of 16.8 % (over 10% is a requirement for commercialization). Realizing the high performance of hematite corresponding to its promising potential remains a big challenge because of various limiting factors in its optoelectronic properties. Owing to these limitations, the reported performance of hematite photoanodes remains less than a half of their potential performance.

The research team successfully designed and constructed a novel nanostructured hematite-based photoanode, which is a core-shell formation of gradient tantalum-doped hematite homojunction nanorods by combination of second hydrothermal growth and hybrid microwave annealing (HMA). The gradient Ta-doped homojunction nanorods results in high conductivity inside (heavy Ta5+ doping) while the surface states outside were passivated by the removal of surface defects caused by heavy Ta5+ doping. More crucially, this constructs an additional electric field to suppress charge recombination, leading to a significant enhancement of photocurrent and a large decrease of turn-on voltage (see Figure 1). Most of the known modification strategies enhance either photocurrent generation or reduce the current turn-on voltage. The uniqueness of the our newly-developed strategy is to improve the two figures of merit simultaneously. This work nicely demonstrates how the multiple strategies of high doping, homojunction and cocatalyst loading enhance the performance of photoanode. As a result, the finally optimized photoanode improves photocurrent density by 66.8 % and shifts its turn-on voltage by ~270 mV relative to the unmodified photoanode.

Currently most of hydrogen is produced by reforming natural gas, which is neither clean nor sustainable. With further developments, one can produce clean and green hydrogen from solar water splitting, and the current discovery could be an important milestone in such developments.

The findings of this research have been published in the prestigious journal Nature Communications on September 15, 2020. This work has been supported by the Climate Change Response project and the Mid-career Researcher Program, funded by the Ministry of Science and ICT (MSIT).