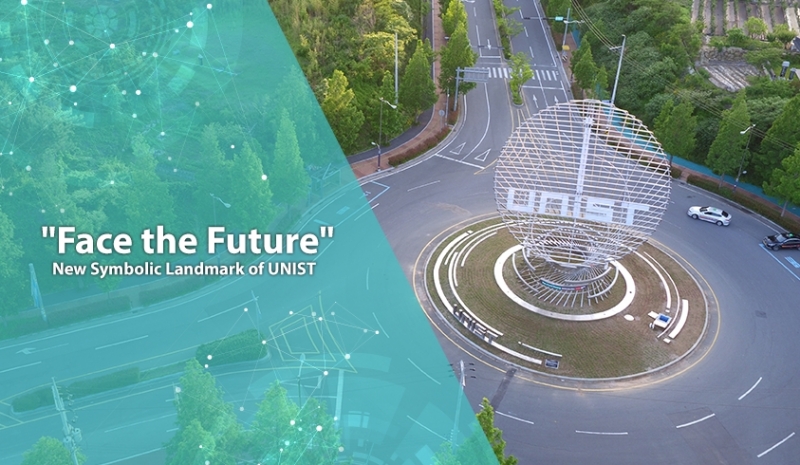 UNIST held a completion ceremony of new symbolic landmark on May 25, 2018.

A new symbolic landmark of UNIST has finally been unveiled to the public on May 25, 2018. Special ceremonies were also held to mark the completion of the new landmark, which now stands in the center of the lower traffic circle of UNIST. 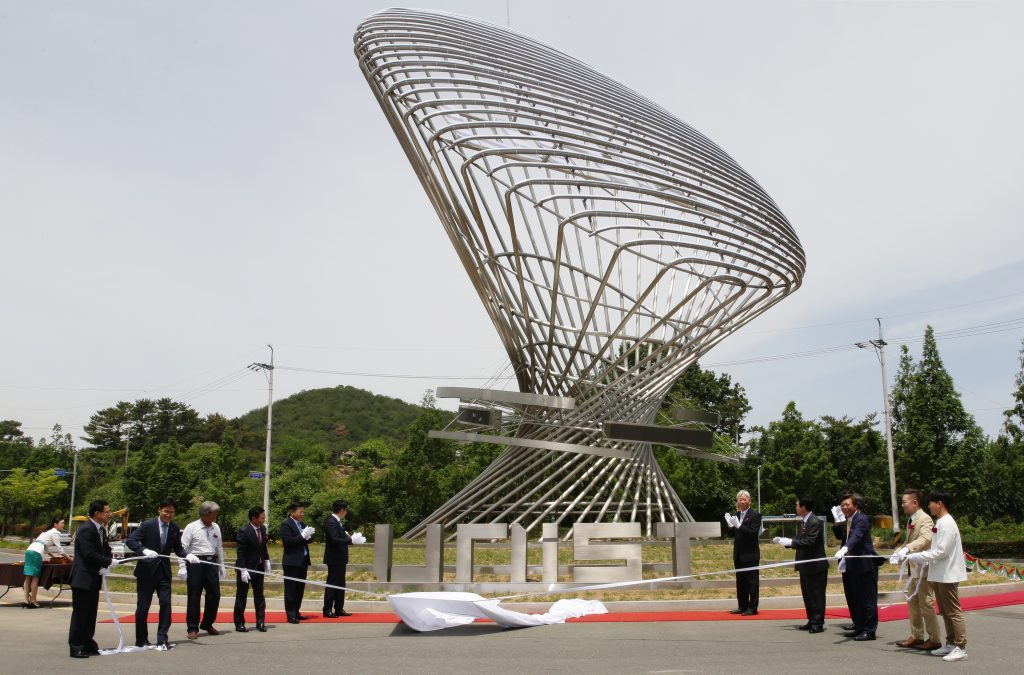 The unveiling ceremony for the new landmark of UNIST was held near the lower traffic circle of UNIST.

The new landmark has been established with the funding provided by President Yun-Cheol Hwang of BNK Kyungnam Bank. This has been created under the plan of establishing a symbolic landmark that represents the campus that not only serves as a national ‘Think Tank’, but also a regional research hub. The construction began in January and it took about four months to build.

The design of the landmark has been proposed by Professor Yunwoo Jeong  in the School of Design and Human Engineering at UNIST.

The key theme of this massive 20-meter high and 16-meter wide stainless steel sculpture is “Face the Future”. The theme encompasses UNIST’s vision to contribute to the prosperity of humankind, as well as the light that illuminates the world with scientific and technological advances. 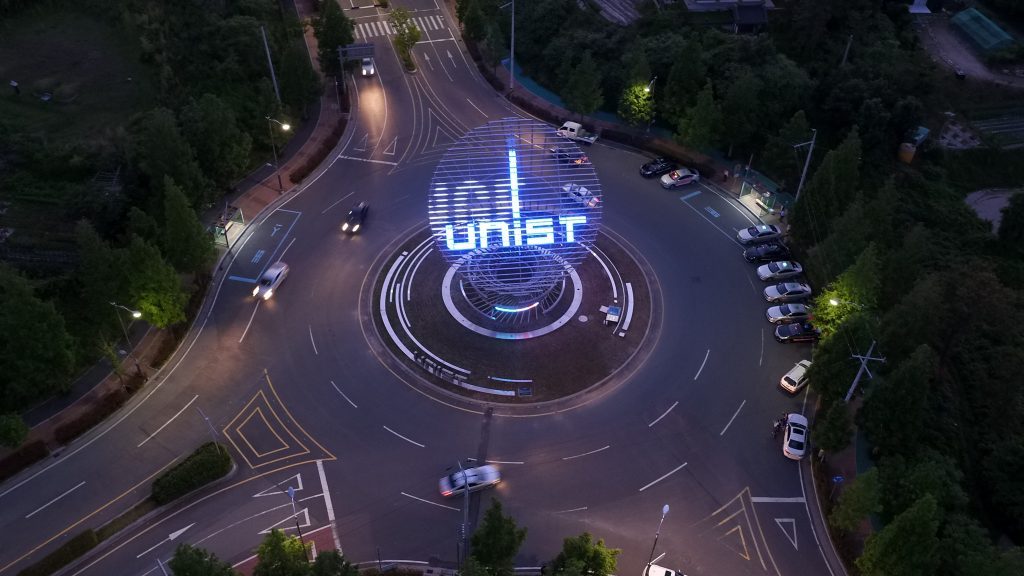 “This landmark is the first thing people will encounter when visiting UNIST,” says President Mooyoung Jung of UNIST. “We hope it will not only serve as a public landmark that smarten up the city, but also a community media center that contribute to the delivery of school’s vision and important messages.”

The event consisted of the construction progress report on UNIST Symbolic Landmark, greetings and special remarks, unveiling of the landmark, as well as a ribbon cutting ceremony. 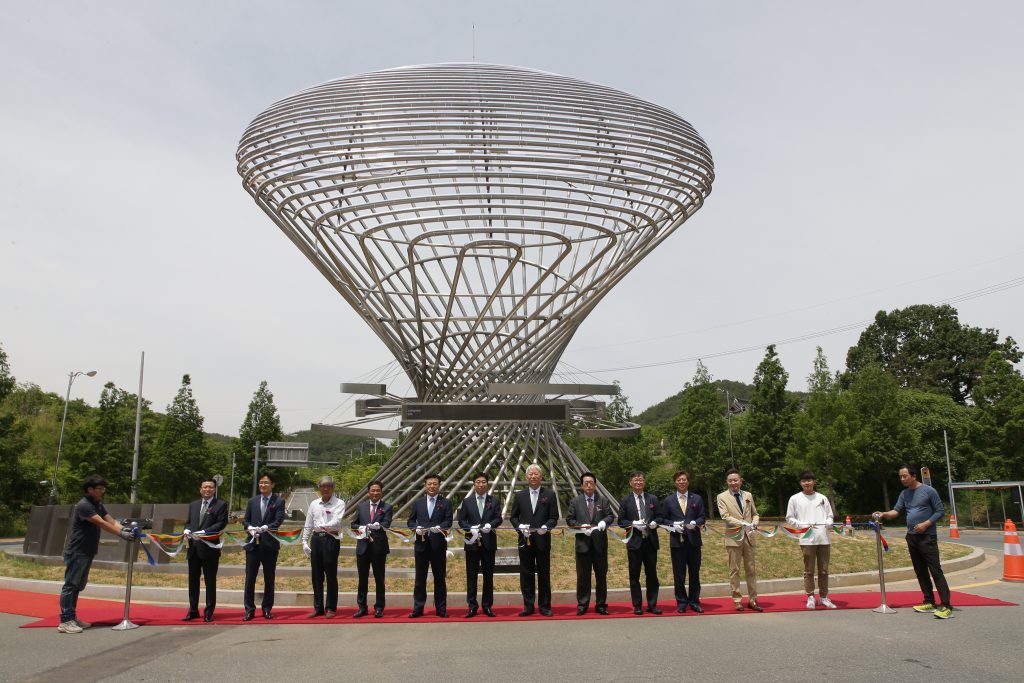 A ribbon cutting ceremony was followed by the unveiling ceremony of the new landmark of UNIST on May 25, 2018. 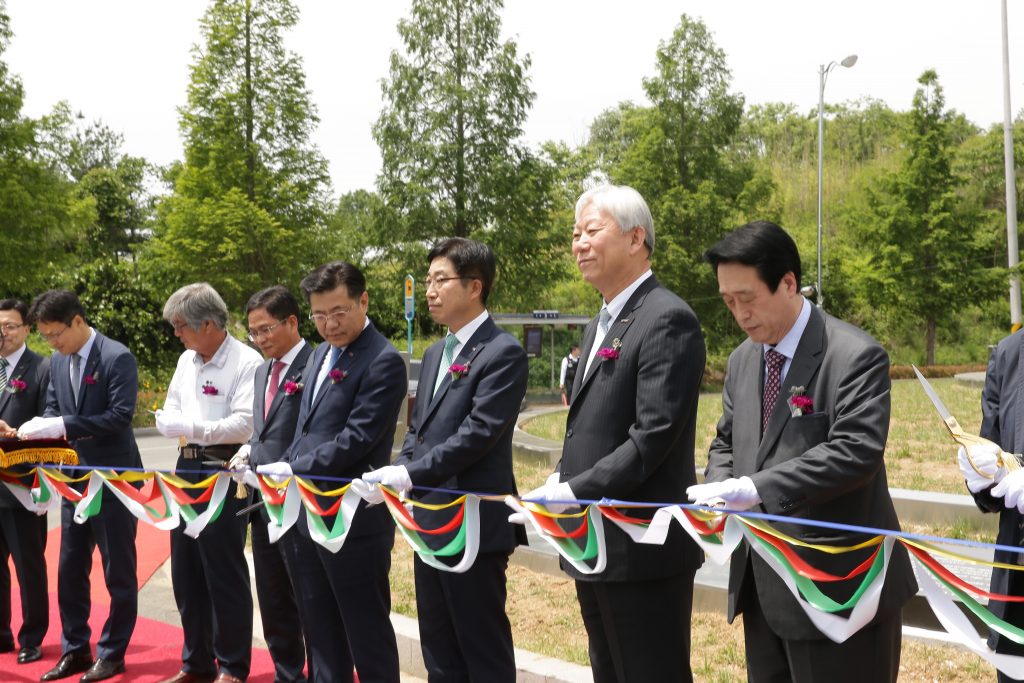 A ribbon cutting ceremony was held to celebrate the completion of the new landmark of UNIST. 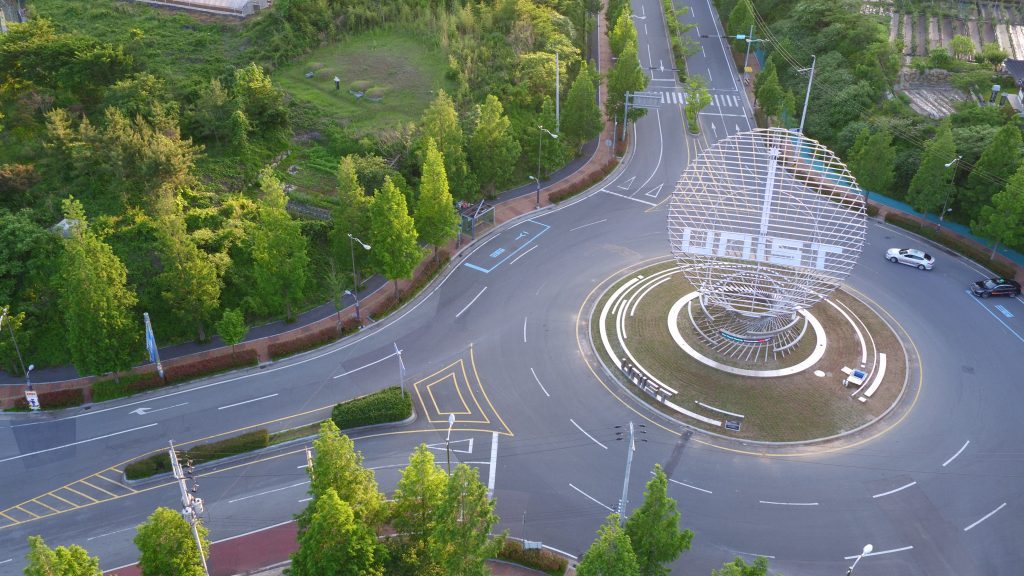 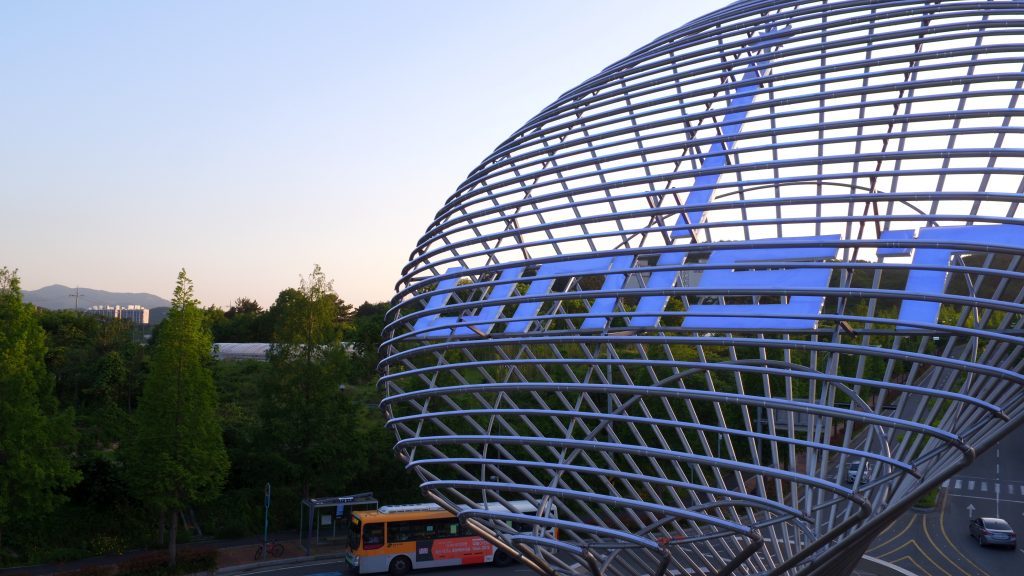 UI and media artworks will be displayed on LED modules on the top surface of the landmark.