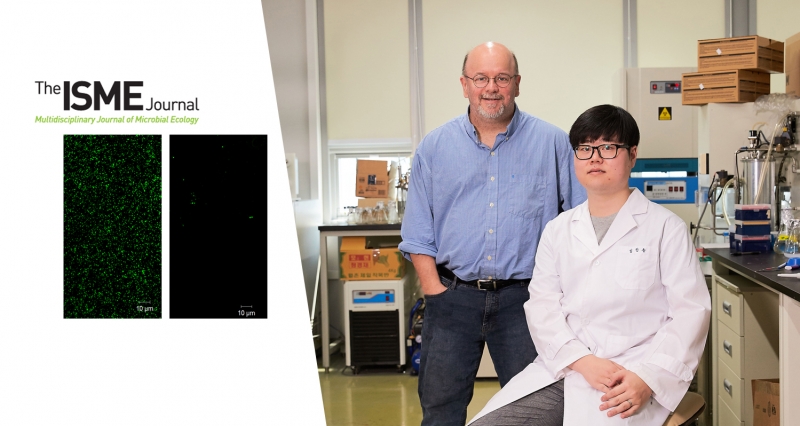 From left are Professor Robert J. Mitchell and Dr. Hansol Lim in the School of Life Sciences at UNIST.

Their findings have been published online in the ISME Journal.

An international team of researchers, affiliated with UNIST has unveiled that biofilms formed by pathogenic bacteria can be degraded by bacterial predators. They expect that this breakthrough can aid in removing biofilms, the root causes of chronic bacterial diseases.

This breakthrough has been led by Professor Robert J. Mitchell and his research team in the School of Life Sciences at UNIST.

In the study, the research team reported that Bdellovibrio bacteriovorus and other similar organisms, collectively referred to as BALOs (Bdellovibrio-and-like-organisms) play a predominant role in the removal of the established biofilms of Gram-positive bacteria. This demonstrates a new physiological role of BALOs, as this bacterium attacks only Gram-negative bacterial strains and their biofilms. 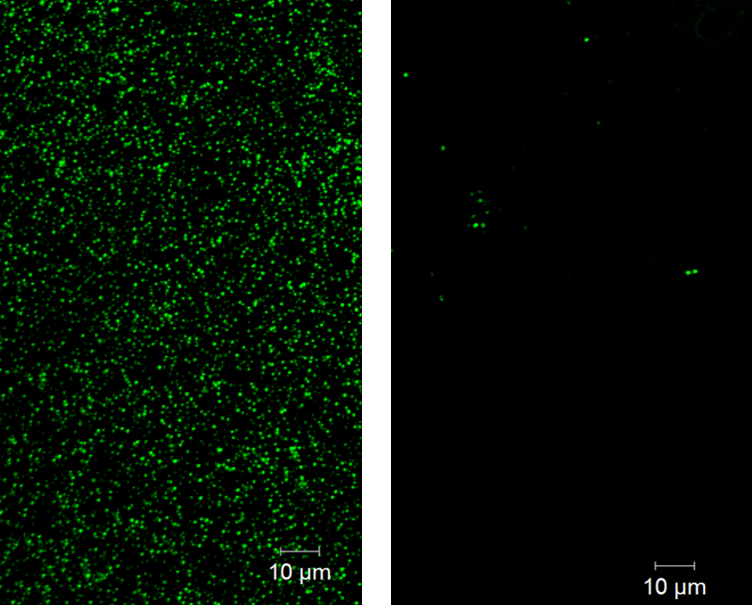 BALOs are bacterial predators that attack and prey on other Gram-negative pathogens without harming humans. Owing to its ability to predate upon Gram-negative bacterial strains and their biofilms, BALOs have been proposed as probiotic bacteria. A major limitation of BALOs, however, was their inability to attack Gram-positive strains.

Biofilms can have a significant impact on would healing by contributing to bacterial infection, inflammation, and delayed would healing. Therefore, removing biofilms is necessary for the successful treatment of chronic wounds.

“Biodegradation of biofilms produced by antibiotic-resistant strains is very helpful in treating infectious diseases, as it could boost the effectiveness of antibiotics an drug effects,” says Dr. Hansol Im in the School of Life Sciences at UNIST, the first author of the study. “BALOs are known to naturally disperse the biofilms of Gram-negative strains upon consumption, but our work showed that they can also remove biofilms formed by Gram-positive bacteria.”

Professor Robert J. Mitchell in the School of Life Sciences at UNIST.

In the study, the research team proven the effectiveness of the removal of biofilms, formed by Gram-positive bacteria. This can be attributed to its potential application for treating a wide range of infections.

“Bacterial biofilms can be found on many surfaces in the human body, as well as on the surfaces of water pipes and rocks in streams and rivers,” says Professor Mitchell. “The biofilm degradation by BALOs is also environment-friendly and is expected to be used in various fields.”

The findings of this research have been published online in the ISME Journal: Multidisciplinary Journal of Microbial Ecology on May 31.